Description: An impressive story of a how a German teenager converted to Islam and won the respect of his classmates. 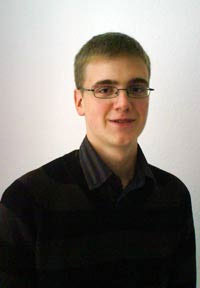 My name is Yahya Schroder.  I am a “European” Muslim.  I became Muslim 11 months ago when I was 17.  I am living now in Potsdam, Germany and I want to share my experience with you as a Muslim in a non-Muslim state.

As a convert to Islam, I think it’s much easier to follow the deen (religion) than a born Muslim who is been raised up here.  Almost all young born-Muslims I know want to become German.  For them Islam is only a tradition and they think that they have to give up their tradition (Islam) to be accepted by the Germans, despite the fact that the Germans won’t accept them even if they gave up their religion.

I grew up in a little village.  I lived with my mother and my stepfather in a huge house with a big garden and a big pool.  And as a teenager I “lived a cool life;” I had some friends whom I used to hang around with, do stupid things and drink alcohol like every young German teen.

The life of a Muslim in Germany is quite difficult than one would think especially for me as a German Muslim because when someone asks a German what they know about Islam; they would tell you something about Arabs.  For them it’s like mathematical operation, Islam = Arabs.

They still don’t know about our big nation.  When I converted to Islam I had to leave my family and I moved to the community in Potsdam near Berlin.  I left this huge house and all my material valuable stuff.

When I lived with my mother and my stepfather I had everything; a big house, my own money, TV, Play-station.  I was never concerned about money, but I wasn’t happy.  I was searching for something else.

When I turned 16 I met the Muslim community in Potsdam through my biological father who became Muslim in 2001.  I used to visit my father once a month and we used to attend the meetings of the community which were held on Sundays.

At that time, I was interested in Islam, and my father noticed this and told me one day that he wouldn’t speak about Islam when we are together because he wanted me to learn from people of greater knowledge so that other people won’t say: “Oh he became Muslim just because he’s 17 and does everything his father does.”

I agreed and I started visiting the community every month and learned a lot about Islam but at that time something happened and changed my way of thinking.  One Sunday, I went with the Muslim community swimming and I broke my back twice by jumping in the pool and I hit the ground with my head.

My father brought me to the hospital and the doctor told me:

“You have broken your back quite bad and if you did one wrong movement you’ll become handicapped.”

This didn’t help me much, but then just a few moments before they bought me to the operation room.  One of my friends of the Muslims community, told me something.  “Yahya, you are now in the hands of Allah (God), it’s like a rollercoaster.  Now you are on the top enjoy the ride and just trust in God.”  This really helped me.

The operation took five hours and I woke up after 3 days.  I couldn’t move my right arm but I was feeling like the happiest person on this earth.  I told the doctor that I don’t care about my right arm I’m so happy that God has let me survive.

The doctors had told me that I have to stay in the hospital for a few months.  I stayed for only two weeks there, because I was training very hard.  One day a doctor came and said: “today we will try to take one step on the staircase,” the exercise that I did on my own two days before the doctor told me.

Now, I can move my right arm again and I was just two weeks there Al-hamdu lillah (thanks God).  This accident changed a lot in my personality.

I noticed when God wants something; the individual’s life can be turned over in one second.  So, I took life more serious and started thinking more about my life and Islam, but I was still living in this little village.

My wish to become Muslim became so strong that I had to leave my family.  I left my stepfather, my mother and the nice luxury lifestyle to go to Potsdam.  I moved to my father’s apartment which is rather small and I had to stay in the kitchen but it was okay because I had nothing just a very few clothes, school books, and some CDs.

It must sound for you like I lost everything but I am very happy, I’m as happy as when I woke up in the hospital after the dreadful accident.  The next day was the first day of Ramadan.  The day after this was my first school day in my new school.

The day after my first day in school I said Shahadah (the testimony of becoming a Muslim), praise be to God.  So, everything was new for me, new apartment, new school, and first time without my family.  Like in my school when they first noticed that I am a Muslim they started to make jokes at me.

I think this is usual because of what they learned from the media.  “A terrorist,” “Osama bin Laden is coming,” “Muslims are dirty,” some people thought I am just a crazy guy.  And they even didn’t believe me that I am German.

But now after 10 months the situation changed.  I made a lot of dawah (inviting to Islam) to my classmates and now I even have a praying room although I’m the only Muslim in my school.

My classmates changed from making jokes to asking serious question about Islam and they noticed that Islam is not a religion like the other religions.  They noticed Islam is cool!

They see that we Muslims have Adab (good manners) in dealing with each other.   They noticed that we are independent from all this peer pressure; we just keep it real we don’t need to be in a special group like in my school.

At my school there are three main groups: the hip hop guys; the punks; and the party people.  Everybody tries to be a member of one group, so as to be accepted by others.

Except me!  I can be friends with everybody.  I don’t have to wear special clothes to be “cool.”  So what happened is that they are always inviting me and my Muslim friends to their barbecue parties.

The special thing on this is that they respect me as a Muslim and even more, they get Halal (allowed) food especially for me and they have organized two barbecue grills one for them and one for us Muslims!  The people here are very open for Islam.

Salaam alaikum Yahya Schroder, welcome to Islam. May you grow in the faith.

i like your story and you are a very strong man .. i hope that some day you can visit my country at summer .. you can see that all of the people in my country are muslime and ther is alot of mosqs ( masjid ) every wher .. and welcome To eslam and i'm very happy for you ! =D

Assalaamu alaikum Brother Yahya Schroder. In fact I'm very happy for you by coming into a new fresh life and a life based on truth and evidence. May the Almighty Allah open your heart and mind to the reality of this world and the purpose of this life. Ameen. Peace be to you and Guidance from God Almighty Allah. Ameen.

assalammu'alaikum. alhamdulillah... congratulation to u for being muslim. I like ur story. u r right that a convert is much easier to follow the deen. most Indonesians are muslim but it's just as official identity n as a tradition. May Allah SWT guides us in this path (Islam). Amiin.

Impressing, may God accept his sacrifice and award heaven

You helped me on the live chat! Barak Allahu Feek!

MAY ALLAH BLESS ,PROTECT & GUIDE YOU