Description: The article will present the most important aspects of Islam: core beliefs, religious practices, Quran, teachings of Prophet Muhammad, and the Shariah.  A simple article that synthesizes Islam in a nutshell. 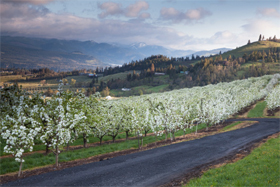 It is difficult to limit all of Islam into a few core values.  Nevertheless, the most important beliefs and religious practices were identified by Prophet Muhammad himself.  Thus, there is general agreement on them among all Muslims.  It provides an interesting comparison since modern Jews and Christians do not have similar uniformity in their belief systems.  Christians, for example, have numerous creeds[1] and Jews do not have any agreed upon beliefs.  Modern Jews mostly agree over the 613 commandments that Maimonides, a Jewish rabbi from Muslim Spain, recorded and classified in the 12th century.

Additionally, Muslim scholars, past and present, have also identified and in certain cases agreed on the core teachings of the Quran, of Prophet Muhammad, may the mercy and blessings of God be upon him, and the ‘essentials’ of Islamic Law (Shariah).

More than a billion Muslims share a common set of fundamental beliefs that are described as "Articles of Faith." These articles of faith form the foundation of Islamic belief system.

1.  Belief in One God: The most important teaching of Islam is that only God is to be served and worshipped.  Also, the biggest sin in Islam is to worship other beings with God.  In fact, Muslims believe that it is the only sin that God does not forgive if a person dies before repenting from it.

2.  Belief in Angels: God created unseen beings called angels who work tirelessly to administer His kingdom in full obedience.  The angels surround us at all times, each has a duty; some record our words and deeds.

3.    Belief in Prophets of God: Muslims believe that God communicates His guidance through human prophets sent to every nation.  These prophets start with Adam and include Noah, Abraham, Moses, Jesus and Muhammad, peace be upon them.  The main message of all the prophets has always been that there is only One true God and He alone is worthy of being supplicated to and worshipped.

4.    Belief in Revealed Books of God: Muslims believe that God revealed His wisdom and instructions through ‘books’ to some of the prophets like the Psalms, Torah, and the Gospel.  Over time, however, the original teachings of these books got distorted or lost.  Muslims believe the Quran is God’s final revelation revealed to Prophet Muhammad and has been fully preserved.

5.    Belief in Day of Judgment: The life of this world and all that is in it will come to an end on an appointed day.  At that time, every person will be raised from the dead.  God will judge each person individually, according to his faith and his good and bad actions.  God will show mercy and fairness in judgment.  According to Islamic teachings, those who believe in God and perform good deeds will be eternally rewarded in Heaven.  Those who reject faith in God will be eternally punished in the fire of Hell.

6.    Belief in Destiny and Divine Decree: Muslims believe that since God is the Sustainer of all life, nothing happens except by His Will and with His full knowledge.  This belief does not contradict the idea of free will.  God does not force us, our choices are known to God beforehand because His knowledge is complete.  This recognition helps the believer through difficulties and hardships.

Core Religious Practice of Islam: The Five "Pillars" of Islam

In Islam, worship is part of daily life and is not limited to mere rituals.  The formal acts of worship are known as the five "pillars" of Islam.  The five pillars of Islam are the declaration of faith, prayer, fasting, charity, and pilgrimage.

2.    Daily Prayer: Prayer is a method by which a Muslim connects to God and gathers spiritual strength and peace of mind.  Muslims perform five formal prayers a day.

3.    Zakah: A type of charity.  Muslims recognize that all wealth is a blessing from God, and certain responsibilities are required in return.  In Islam, it is the duty of the wealthy to help the poor and needy.

4.    Fast of Ramadan: Once each year, Muslims are commanded to fast for an entire month from dawn to sunset.  The period of intense spiritual devotion is known as the fast of Ramadan in which no food, drink and sex is allowed during the fast.  After sunset one can enjoy these things.  During this month Muslims practice self-control and focus on prayers and devotion.  During the fast, Muslims learn to sympathize with those in the world who have little to eat.

5.    The Hajj Pilgrimage to Mecca: Every Muslim strives to make once-in-a-lifetime pilgrimage to the sacred sites in Mecca, in present-day Saudi Arabia.  It is the most intense spiritual experience for a Muslim.  Typically, 2-3 million perform hajj every year.

Scholars consider Surah al-Fatihah, the first chapter of the Quran, to be the core of the Quran.  It is recited in every formal prayer in the Arabic language.  The translation follows:

"I begin with the name of God, the Most Beneficent, the Most Merciful.   All praise and thanks are for God, the Lord of the worlds.  The Most Beneficent, the Most Merciful. Sovereign of the Day of Recompense.  You alone we worship and You alone we ask for help.  Guide us to the Straight Path (of Islam), the path of those You have blessed, not the path of those who have incurred Your wrath nor of those who have gone astray."

To listen the recitation of Surah al-Fatiha click here

Classical scholars of Islam have condensed the teachings of Prophet Muhammad into a few statements.  These comprehensive statements touch every aspect of our lives.  Some of them are:

1)    Actions are judged by the intention behind them.

2)    God is Pure and does not accept anything unless it is pure and God has commanded the faithful with what He commanded the prophets.

3)    Part of a person’s good observance of Islam is to leave aside what does not concern him.

5)    One should not harm himself or others.

6)    Don’t let your focus in this life be to amass worldly gain and God will love you.  Don’t be concerned with what people have, and they will love you.

Core of Islamic Law or Shariah

The core of Islamic Law is preservation of:

6)    Some contemporary scholars suggest either justice or liberty to be the sixth category.

In the vision of Islam, they are known as "essentials" because they are considered essential to human welfare.

In conclude, if someone were to ask, what is the core of Islam in the fewest possible words, the answer would be, "it is within the word Islam itself: to serve, worship, and lovingly submit to God."

very good but didnt find what i was looking for

Finally the answer! ow Jews, Christians, and Muslims can be killing each other, yet be reading the very same Scriptures. Has God hidden the answer untill now? Has He now revealed the answer because the Day-of the-LORD is near? ...

it is amazing how similar some of this is to catholicism!

I found this interesting and helpful, as I'm trying to understand the religion Islam and the beliefs behind it, so, thank you.

Thanks to share your Information and I also one question from you please make one special speech about value of islam Thanks...

I have learned a lot