Description: A strict Catholic loses faith after reading the Bible, but her continued belief in God leads her to explore other religions. 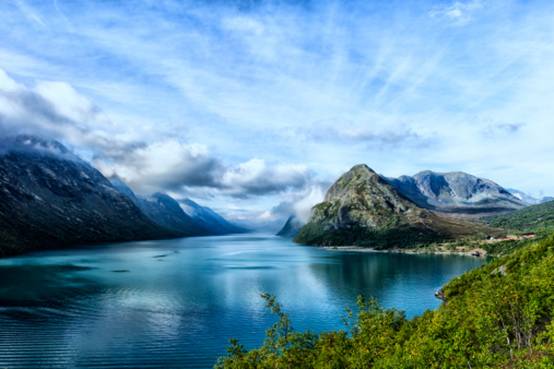 When I am asked how I became a Muslim I always reply that I always felt myself to be a believer in the ONE AND ONLY, yet I first realized what that meant when I heard about a religion called Islam, and a book called Quran.

But let me first start with a brief synopsis of my American overwhelmingly traditional Irish Catholic background.

Catholic I was Indeed

My dad left the seminary after a three-year stint to train as a missionary.  He was the oldest of thirteen children, all born and raised in the Boston area.  Two of his sisters became nuns, as was his aunt on his mother’s side.  My dad’s younger brother was also in the seminary and quit after 9 years, just before taking his final vows.  My grandmother would wake at dawn to dress and climb the hill to the local church for early morning mass while the rest of the house was sleeping.  I remember her as being a very stern, kind, fair, and strong woman, and rather deep - unusual for those days.  I’m certain she never heard mention of Islam, and may God judge her as to the beliefs she held in her heart.  Many who never heard of Islam pray to the One by instinct, although they have inherited labels of various denominations from their ancestors.

I was enrolled in a Catholic nursery school at the age of four and spent the next 12 years of my life surrounded by heavy doses of trinity indoctrination.  Crosses were everywhere, all day long - on the nuns themselves, on the walls of the classroom, in church which we attended almost daily, and in almost every room of my house.  Not to mention the statues and holy pictures - everywhere you looked there was baby Jesus and his mother Mary - sometimes happy, sometimes sad, yet always classically white and Anglo featured.  Various and sundry angels and saints pictures would make their appearances, depending on the holyday approaching.

I have vivid memories picking lilacs and lilies of the valley from our yard to make bouquets which I placed in the vase at the base of the largest Mother Mary statue in the upstairs hallway next to my bedroom.  There I would kneel and pray, enjoying the pleasant scent of the freshly picked flowers and serenely contemplating on how lovely was Mary’s long flowing chestnut hair.  I can unequivocally state that I never once prayed TO HER or felt that she had any powers to help me.  The same was true when I would hold my rosary beads at night in bed.  I repeated the ritual supplications of the Our Father and the Hail Mary and the Glory be to the Father and to the Son and to the Holy Spirit, all the while looking upward and saying with my true heart—I know its only You, one almighty You-I’m just saying this stuff because it’s all I ever learned.

On my twelfth birthday, my mom gave me a Bible.  As Catholics we were not encouraged to read anything except our Baltimore Catechism, sanctioned by the Vatican.  Any comparative introspection was denied and disparaged.  Yet I fervently read, seeking to know what I hoped would be a story from and about my creator.  I got even more confused.  This book was obviously the work of men, convoluted and difficult to grasp.  Yet, once again, that’s all that was available.

My prior faithful church attendance dropped off in my mid teens, as was the norm for my generation, and by the time I reached my twenties, I had basically no formal religion.  I read a lot on Buddhism, Hinduism and even tried out the local Baptist church for a few months.  They were not enough to hold my attention, the former too exotic and the latter too provincial.  Yet all through the years of not formally practicing, a day never passed when I didn’t "talk to god" especially as I fell asleep I would always say thanks for all my blessings and seek help for any problems I was experiencing.  It was always the same certain ONE AND ONLY whom I was addressing, sure He was listening and confident of His love and care.  No one ever taught me anything about this; it was pure instinct.

When i open this site, it’s surprise for me here i find all of the required of a muslim who's told this site for non muslim for preaching of Islam, Insahllah Islam Zindabad...

it has given me immense pleasure to read the views of a new muslim. I had been looking for speeches of how to convince non muslims especially christians and ALHUMDOLLILAH the conversion of Diane to ISLAM has provided me with ample knowledge. THANK U DIANE. MAY ALLAH BLESS U ALL and usher the light of guidance to all non believers. JAZAKALLAH KHAIR.

ur story is bueatiful story ..... its proof that it never too late to be a muslime and belive me my sister u wont be sorry for chossing our religion becauze its the right one and be careful :) take care ur freind zahraa

i am very impressed from this site, it can help me to give vision how to convert a non muslim to muslim.