When and How did you start your journey towards Islam? 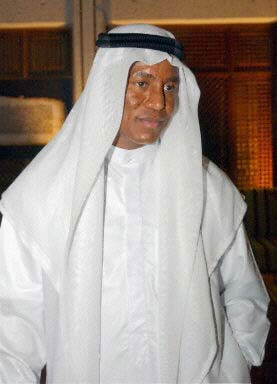 It was way back in 1989 when I, along with my sister, conducted a tour to some of the countries of the Middle East.  During our stay in Bahrain, we were accorded a warm welcome.  There I happened to meet some children and had a light chitchat with them.  I put certain questions to them and they flung at me their innocent queries.  During the course of this interaction, they inquired about my religion.  I told them, "I am a Christian."  I asked them, as to what was their religion. A wave of serenity took over them.  They replied in one voice : Islam.  Their enthusiastic answer really shook me from within.  Then they started telling me about Islam.  They were giving me information, much in piece with their age.  The pitch of their voice would reveal that they were highly proud of Islam.  This is how I paced towards Islam.

A very short interaction with a group of children ultimately led me to have long discourses about Islam with Muslim scholars.  A great ripple had taken place in my thought.  I made failing attempt to console myself that nothing had happened but I could not conceal this fact any longer from myself that at heart I had converted to Islam.  This I disclosed first to my family friend, Qunber Ali.  The same Qunber Ali managed to take me to Riyadh, capital of Saudi Arabia.  Till that time, I did not know much about Islam.  From there, in the company of a Saudi family, I proceeded for Mecca for the performance of "Umrah" [A lesser type of pilgrimage performed to Mecca].  There I made public for the first time that I had become Muslim.

What were your feelings after you proclaimed that you were a Muslim?

Having embraced Islam, I felt as if I were born again.  I found in Islam the answers to those queries which I had failed to find in Christianity.  Particularly, it was only Islam that provided satisfactory answer to the question relating to the birth of Christ.  For the first time I was convinced about the religion itself.  I pray my family members might appreciate these facts.  My family is the follower of that cult of Christianity, which is known as AVENDANCE of JEHOVA (Jehovah’s Witness).  According to its creeds, only 144,000 men would finally qualify to enter into paradise.  How come?  It remained always a perplexing creed for me.  I was surprised to know that the Bible was compiled by so many men, particularly about a volume scripted by King James.  I wondered if a man compiles a directory and then ascribes it to God, but he does not fully comply with these directions.  During my stay in Saudi Arabia, I have had the opportunity to buy a cassette released by the erstwhile British pop-singer and the present Muslim preacher, Yusuf Islam (formerly Cat Stevens).  I learnt a lot from this as well.

What happened when you got back to the US after embracing Islam?

When I returned to USA, American media orchestrated heinous propaganda against Islam and the Muslims.  Gossips were let loose on me which really disturbed my peace of mind.  Hollywood was hell-bent upon maligning the Muslims.  They were being projected as terrorists.  There are many things where there is consensus between Christianity and Islam, and the Quran presents Holy Christ as a virtuous Prophet.  Then, I wondered, why Christian America levels baseless allegations against Muslims?

This made me gloomy.  I made up my mind that I would do my best to dispel the wrong image of Muslims, portrayed by the American media.  I had not the slightest idea that American media would not digest the news of my accepting Islam and raise such a great hue and cry.  It was virtually acting against all its tall and much-publicized claims about the freedom of expression and the freedom of conscience.  So the hypocrisy of American society came to surface and lay uncovered before me.  Islam unknotted many complications for me.  As a matter of fact, I came to think of myself as a complete human being, in the literal sense of the word.  After becoming Muslim, I felt a tremendous change in me.  I discarded all thing prohibited in Islam.  This made things difficult for my family too.  In short, the Jackson family tumbled altogether.  Threatening letters poured in, which further intensified the worries of my family.

What sort of threats?

Well, they would tell me that I had nurtured the animosity of American society and culture, by entering into the laps of Islam, you have deprived yourself of the right to live with others.  WE would make life unbearable for you in America so on, so forth.  But I confess that my family is broadminded.  We have held all religions in esteem.  Our parents have trained and groomed us in that way.  Therefore, I may say that the Jackson family enjoys friendly relation with people belonging to almost all religions.  This is the result of that training that I am being tolerated by them so far.

What was the reaction of your brother Michael Jackson?

On my way back to America, I brought a number of books from Saudi Arabia.  Michael Jackson asked me himself for some of these books for study.  Before this, his opinion was influenced by the propaganda of American media against Islam and the Muslims.  He was not inimical towards Islam, but he was not favorably disposed towards Muslims either.  But after reading these books, he would keep mum and not say anything against Muslims.  I think perhaps this is the impact of the study of Islam that he diverted his business interests towards Muslim traders.  Now, he has equal shares with the Saudi billionaire prince Al-Waleed ibn Talal in his multi-national company.

It was said earlier that Michael Jackson was against Muslims, then there are rumors that he had become Muslim.  What is the real story?

I testify this fact, at least there is nothing in my knowledge that Michael Jackson ever said anything derogatory against Muslims.  His songs, too, give message of love for others.  We have learnt from our parents to love others.  Only those who have their own ax to grind hurl allegations on him.  When there can be a nasty uproar against me when I became Muslim, why can it not be so against Michael Jackson.  But, so far, media has not subjected him to scathing criticism, although he is threatened for his getting somewhat closer to Islam.  But who knows what would it look like when Michael Jackson embraces Islam.