Elevation of Women’s Status (part 2 of 5): Between Two Extremes

Description: A university lecture on how Islam elevated the status of women.  Part Two: The stance taken by the West today as reaction to previous view, and the Islamic world view concerning women. 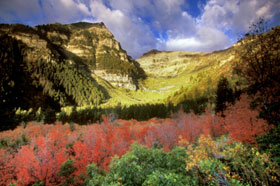 This is the tradition that the West inherited and thereafter we find in the 1800’s the first writings appearing by women and some men calling for the change of these ideas.  And with this we have the origins of the first feminine movements.  One of the first books written was the “Vindication for the Rights of Women” by Mary Walsencraft which appeared in the 1800’s.  Thereafter the tradition of women receiving certain rights came.  The first of these were basically legal rights because until the 1800’s women were not able to own property and were not able to dispose of their wealth as men did.  It is very well known that the first laws that allowed women to own property in the United States or in Europe appeared only in the last couple of decades of the 1800’s.

The Industrial Revolution caused another impetus, another search, to this feminist movement.  Women in the Industrial Revolution, especially England, were forced to labor for many hours in the coal mines and so forth, and would receive no pay whatsoever compared to men.  So therefore the first calling of the movement was that people who work the same amount of hours deserved the same amount of money or pay.

Finally a break occurred in this century of basically all which is understood from the Western tradition.  Coming from the latter feminist movement which appeared after World War II, a new movement called for the emancipation of women not only in terms of legal rights, but it also questioned some of the morals of society and called for greater sexual freedoms for women and men alike.  It contended that basically a lot of problems were caused by the institution of marriage and the ideas of family and so forth.  People wrote concerning the need to break from these.

And finally in the 1990’s, the prevalent argument in the West is that we should discuss genders, not sexes.  This idea was expressed recently in a book which came out a year ago called “The Age of Extremes”.  The author discusses the idea that there is no difference between male or female and that gender is so only due to environment.  So therefore we can change the environment so that men could take the roles of women and women take the roles of men by changing the education and climate.  This is where it has ended up now.  So we find in this 2500 year old western tradition, we come from the first extreme which was expressed by the Greeks, where women were denied their essential humanity, to this extreme expressed today where there is no differences between the sexes and it is an issue of gender, climate and environment.  This is, of course, a very brief summary of the first world view.  I didn’t do justice to those 2500 years in just those few minutes, but it just gives us an idea.

The other view which I would like to talk about in more detail is the Islamic view.  How does Islam look at the issue of women?  Well, first of all, we should understand that Muslims unlike, for instance, the Greek philosophers or the French writers after the French revolution, do not feel that their concepts, ideas and beliefs are those of fellow men.  But rather they believe that what they are taught, what they believe, what they practice, and all that is tied to this, is part of a divine revelation given to them by God.  And so, its truth and veracity is not questionable because of it being revelation from God.  The argument is that God knows best that which He created.  He created human beings, He is a God of wisdom, and a God of all knowledge and so therefore He knows what is best.  And He decrees that which is best for humanity, His creatures.  Therefore, Muslims try to live by a code of law which is an expression of that belief.

Now I don’t want to discuss the various details of the code of law because that, I feel, would not really benefit us in this lecture.  Although perhaps some of that might come out in the question and answer session and I’ll be glad to entertain any questions you might have.  But what I would like to discuss is how does Islam look at women, i.e. what is womanhood in Islam?  Did Muslims believe like the early Greek writers or early church fathers that women were not full human beings?  Did they feel that women where Satan’s trap, so therefore should be shunned and looked at as something evil and dangerous?  How did they perceive women?  Upon investigating into the traditions of Islam which is, as I said, based on revelation known as the Quran, we find that it becomes very clear that Muslims are taught that men and women share a single humanity - that they are equal in their humanity and that there is no difference in the amount of human nature in them.  We might now take that for granted, but as I explained, the initial western civilization was based on the fact that women were not full human beings.

So this being something that was taught 1400 years ago was a revolutionary idea in the sense that it is only within the last 100 years or so that the issue of women being full human beings has come to be accepted in western intellectual circles.  Initially, women were not considered full human beings.

The Quran in describing the origins of human beings tells them, the translation of which would be something like:

“O humanity!  Verily we have created you from a single male and a single female, and have made you into tribes and peoples so that you may know one another.  Verily the most honorable of you are those who are most pious with God.” (Quran 49:13)

This verse in the Quran teaches that humans come from a single male and a single female.  The indication here is that the male and female in terms of their human nature are at an equal level.  Likewise another verse, from a chapter which is known in the Quran as the chapter of Women - because most of the issues discussed there are laws dealing with women - starts off with a verse which could be translated as

“O humanity!  Verily We have created you from a single soul, and have made from it its mate…”

…this is a reference to Adam and Eve,

“…and have made from both of them many people, men and women, and scattered them throughout the earth.” (Quran 4:1)

So here again is the issue of men and women and all human beings coming from a single source, a single family, a single set of parents.  This shows that women share in full humanity with men.

Likewise in the traditions of the Prophet Muhammad, may the mercy and blessings of God be upon him, - which is the second source of the Islamic religion - we find that the Prophet Muhammad said in a hadeeth that indeed verily women are the twin halves of men.  The Arabic word shaqaa’iq, which I translated as twin halves, means taking something and splitting it in half.  The understanding is that there is a single humanity, a single essence which is shared, and there are twin halves of that - one is man and one is women.  This is repeated often in the Quran.  The words of the Prophet Mohammad also emphasize this.  As I said, this is a very important concept to understand when one reflects on how traditional western civilization looked at women as not being full partners and not sharing in humanity.  Although now, we might not find much surprise to that because it is a given perhaps that men and women are full human beings.  But this is something that is a late occurrence in western traditions.