The Bible Denies the Divinity of Jesus (part 1 of 7): Bible’s writers

Description: How the Bible’s writers believe that Jesus was not God. 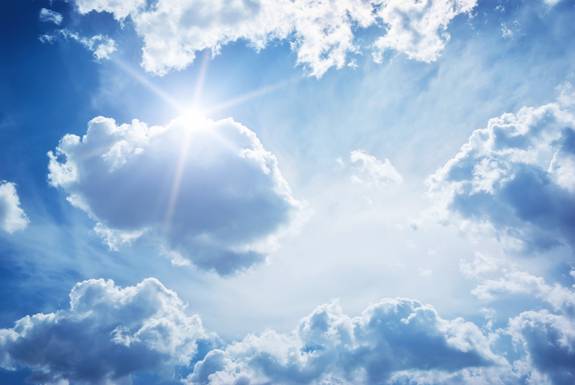 Christians and Muslims both believe in Jesus, love him, and honor him.  They are, however, divided over the question of his divinity.

It is clear enough to everyone that the Quran denies the divinity of Jesus, so we do not need to spend much time explaining that.

On the other hand, many people misunderstand the Bible; they feel that the belief in Jesus as God is so widespread that it must have come from the Bible.  This article shows quite conclusively that the Bible does not teach that.

The Bible clearly teaches that Jesus is not God.  In the Bible God is always someone else other than Jesus.

Some will say that something Jesus said or something he did while on the earth proves that he is God.  We will show that the disciples never came to the conclusion that Jesus is God.  And those are people who lived and walked with Jesus and thus knew first hand what he said and did.  Furthermore, we are told in the Acts of the Apostles in the Bible that the disciples were being guided by the Holy Spirit.  If Jesus is God, surely they should know it.  But they did not.  They kept worshipping the one true God who was worshipped by Abraham, Moses, and Jesus (see Acts 3:13).

Matthew, Mark, and Luke, authors of the first three Gospels, believed that Jesus was not God (see Mark 10:18 and Matthew 19:17).  They believed that he was the son of God in the sense of a righteous person.  Many others too, are similarly called sons of God (see Matthew 23:1-9).

Paul, believed to be the author of some thirteen or fourteen letters in the Bible, also believed that Jesus is not God.  For Paul, God first created Jesus, then used Jesus as the agent by which to create the rest of creation (see Colossians 1:15 and 1 Corinthians 8:6).  Similar ideas are found in the letter to the Hebrews, and also in the Gospel and Letters of John composed some seventy years after Jesus.  In all of these writings, however, Jesus is still a creature of God and is therefore forever subservient to God (see 1 Corinthians 15:28).

Now, because Paul, John, and the author of Hebrews believed that Jesus was God’s first creature, some of what they wrote clearly show that Jesus was a pre-existent powerful being.  This is often misunderstood to mean that he must have been God.  But to say that Jesus was God is to go against what these very authors wrote.  Although these authors had this later belief that Jesus is greater than all creatures, they also believed that he was still lesser than God.  In fact, John quotes Jesus as saying: "...the Father is greater than I." (John 14:28).  And Paul declares that the head of every woman is her husband, the head of every man is Christ, and the head of Christ is God (see 1 Corinthians 11:3).

Therefore, to find something in these writings and claim that these teach that Jesus is God is to misuse and misquote what those authors are saying.  What they wrote must be understood in the context of their belief that Jesus is a creature of God as they have already clearly said.

So we see then, that some of the later writers had a higher view of Jesus, but none of the writers of the Bible believed that Jesus is God.  The Bible clearly teaches that there is only one true God, the one whom Jesus worshipped (see John 17: 3).

In the rest of this article we will explore the Bible in more depth, and deal with the passages which are most often misquoted as proofs of Jesus’ divinity.  We will show, with God’s help, that these do not mean what they are so often used to prove.

Next: The Bible Denies the Divinity of Jesus (part 2 of 7): Acts of the Apostles