How Does Islam Differ from other Faiths? (part 1 of 2)

Description: Some of the Unique Features of Islam not found in other belief systems and ways of life. 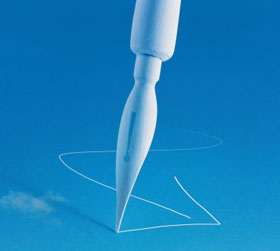 Islam is a religion without any mythology.  Its teachings are simple and intelligible.  It is free from superstitions and irrational beliefs.  The oneness of God, the prophethood of Muhammad, and the concept of life after death are the basic articles of its faith.  They are based on reason and sound logic.  All of the teachings of Islam flow from those basic beliefs and are simple and straightforward.  There is no hierarchy of priests, no farfetched abstractions, no complicated rites or rituals.

Everybody may approach the Quran directly and translate its dictates into practice.  Islam awakens in man the faculty of reason and exhorts him to use his intellect.  It enjoins him to see things in the light of reality.  The Quran advises him to seek knowledge and invoke God to expand his awareness:

It is reported that the Prophet, may the mercy and blessings of God be upon him, said that:

“He who leaves his home in search of knowledge (walks) in the path of God.” (At-Tirmidhi)

“Seeking knowledge is obligatory upon every Muslim.” (Ibn Majah and al-Bayhaqi)

This is how Islam brings man out of the world of superstition and darkness and initiates him into the world of knowledge and light.

Again, Islam is a practical religion and does not allow indulgence in empty and futile theorizing.  It says that faith is not a mere profession of beliefs, but rather that it is the very mainspring of life.  Righteous conduct must follow belief in God.  Religion is something to be practiced and not an object of mere lip service.  The Quran says:

“Those who believe and act righteously, joy is for them, and a blissful home to return to.” (Quran 13: 29)

The Prophet is also reported to have said:

Thus Islam’s simplicity, rationality and practicality are what characterize Islam as a unique and true religion.

Unity of Matter and Spirit

A unique feature of Islam is that it does not divide life into watertight compartments of matter and spirit.  It stands not for denial of life but for the fulfillment of life.  Islam does not believe in asceticism.  It does not ask man to avoid material things.  It holds that spiritual elevation is to be achieved by living piously in the rough and tumble of life, not by renouncing the world.  The Quran advises us to pray as follows:

But in making use of life luxuries, Islam advises man to be moderate and keep away from extravagance, God says:

“…and eat and drink and be not extravagant; surely He does not love the extravagant.” (Quran 7:31)

On this aspect of moderation, the Prophet said:

Thus, Islam does not admit any separation between “material” and “moral,” “mundane” and “spiritual” life, and enjoins man to devote all of his energies to the reconstruction of life on healthy moral foundations.  It teaches him that moral and material powers must be welded together and that spiritual salvation can be achieved by using material resources for the good of man in the service of just ends and not by living a life of asceticism or by running away from the challenges of life.

The world has suffered at the hands of the one-sidedness of many other religions and ideologies.  Some have laid emphasis on the spiritual side of life but have ignored its material and mundane aspects.  They have looked upon the world as an illusion, a deception, and a trap.  On the other hand, materialistic ideologies have totally ignored the spiritual and moral side of life and have dismissed it as fictitious and imaginary.  Both of these attitudes have resulted in disaster, for they have robbed mankind of peace, contentment, and tranquility.

Even today, the imbalance is manifested in one or the other direction.  The French scientist Dr.  De Brogbi rightly says:

“The danger inherent in too intense a material civilization is to that civilization itself; it is the disequilibria which would result if a parallel development of the spiritual life were to fail to provide the needed balance.”

Christianity erred on one extreme, whereas modern western civilization, in both of its variants of secular capitalistic democracy and Marxist socialism has erred on the other.  According to Lord Snell:

“We have built a nobly-proportioned outer structure, but we have neglected the essential requirement of an inner order; we have carefully designed, decorated and made clean the outside of the cup; but the inside was full of extortion and excess; we used our increased knowledge and power to administer to the comforts of the body, but we left the spirit impoverished.”

Islam seeks to establish equilibrium between these two aspects of life - the material and the spiritual.  It says that everything in the world is for man, but man was created to serve a higher purpose: the establishment of a moral and just order that will fulfill the will of God.  Its teachings cater for the spiritual as well as the temporal needs of man.  Islam enjoins man to purify his soul and to reform his daily life - both individual and collective - and to establish the supremacy of right over might and of virtue over vice.  Thus Islam stands for the middle path and the goal of producing a moral man in the service of a just society.

Islam, a Complete Way of Life

Islam is not a religion in the common and distorted sense, for it does not confine its scope to one’s private life.  It is a complete way of life and is present in every field of human existence.  Islam provides guidance for all aspects of life - individual and social, material and moral, economic and political, legal and cultural, and national and international.  The Quran enjoins man to embrace Islam without any reservation and to follow God’s guidance in all areas of life.

In fact, it was an unfortunate day when the scope of religion was confined to the private life of man and its social and cultural role was reduced to naught, as has happened in this century.  No other factor, perhaps, has been more important in causing the decline of religion in the modern age than its retreat into the realm of private life.  In the words of a modern philosopher: “Religion asks us to separate things of God from those of Caesar.  Such a judicial separation between the two means the degrading of both the secular and the sacred ...  That religion is worth little if the conscience of its followers is not disturbed when war clouds are hanging over us all and industrial conflicts are threatening social peace.  Religion has weakened man’s social conscience and moral sensitivity by separating the things of God from those of Caesar.”

Islam totally denounces this concept of religion and clearly states that its objectives are the purification of the soul and the reform and reconstruction of society.  As we read in the Quran:

“We verily sent Our messengers with clear proofs, and revealed with them the Scripture and the Balance, that mankind may observe right measure; and He revealed iron, wherein is mighty power and (many) uses for mankind, and that God may know him who helpeth Him and His messengers, though unseen.  Lo!  God is Strong, Almighty.” (Quran 57: 25)

“The decision rests with God only, Who hath commanded you that ye worship none save Him.  This is the right religion, but most men know not.” (Quran 12: 40)

Thus even a cursory study of the teachings of Islam shows that it is an all-embracing way of life and does not leave out any field of human existence to become a playground for the forces of evil.

Next: How Does Islam Differ from other Faiths? (part 2 of 2)