Agnosticism (part 1 of 4): The Concept of Agnosticism

Description: A brief analysis of the concept of agnosticism.

“We cannot swing up a rope that is attached to our own belt.”
--William Ernest Hocking 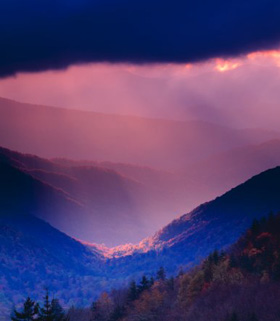 The issue of Agnosticism is of integral importance to any theological discussion, because agnosticism complacently coexists with the broad spectrum of religions, rather than assuming a separate or opposing theological position.  Thomas Henry Huxley, the originator of the term in the year 1869 CE,[1]  clearly stated,

“Agnosticism is not a creed but a method, the essence of which lies in the vigorous application of a single principle...Positively the principle may be expressed as in matters of intellect, follow your reason as far as it can take you without other considerations.  And negatively, in matters of the intellect, do not pretend conclusions are certain that are not demonstrated or demonstrable.”[2]

The word itself, as Huxley appears to have intended it, does not define a set of religious beliefs, but rather demands a rational approach to all knowledge, including that claimed of religion.  The word ‘Agnosticism,’ however, has since become one of the most misapplied terms in metaphysics, having enjoyed a diversity of applications.

At varying times this term has been applied to a variety of individuals or subgroups, differing greatly in degrees of piety and sincerity of religious purpose.  On one extreme there are the sincere seekers who have not yet encountered substantiated truth in the religions of their exposure.  Most often, however, the religiously unmotivated utilize the term to excuse personal disinterest, attempting thereby to legitimize escapism from the responsibility of serious investigation into religious evidences.

The modern definition of ‘Agnostic,’ as found in the Oxford Dictionary of Current English, is not strictly faithful to Huxley’s explanation of the term; however, it does represent the most common modern understanding and usage of the word, which is that an Agnostic is a “person who believes that the existence of God is not provable.”[3]  By this definition, the Agnostic view of God can be variously applied to such hypothetical entities as gravity, entropy, absolute zero, black holes, mental telepathy, headaches, hunger, the sex drive, and the human soul – entities which cannot be seen with the eye or held with the hand, but which nonetheless appear to be real and evident.  Clearly, not being able to see or hold some specific thing does not necessarily negate its existence.  The religious argue that the existence of God is one such reality, whereas the Agnostic defends the right to such belief, just so long as proof is not claimed.

As an aside, the philosophy that nothing can be proven absolutely appears to take origin from Pyrrho of Elis, a Greek court philosopher to Alexander the Great, commonly acknowledged to be the ‘father of skepticism.’  Although a certain degree of skepticism is healthy, protective even, the extreme position adopted by Pyrrho of Elis is somewhat problematic.  Why?  Because the confirmed Pyrrhonist logically stimulates the skeptic of skepticism (i.e. the normally thinking person) to question, “You claim that nothing can be known with certainty…how, then, can you be so sure?”  The enemies of logic can create a great deal of confusion by such compilation of paradox and philosophical compost.  One great danger is to seduce an abandonment of logic, in favor of decision by desire.  Another danger is to allow immersion in intellectual contortionism to stifle common sense.

Humanity should recognize that if common sense prevails, stubborn detractors begin to look a tad daft when the apple has fallen on their heads a few too many times.  After a point, those with the common sense to accept vanishingly small confidence intervals (or ‘P’ values, as they are known in the field of statistical analysis) begin to hope for bigger, higher, and harder apples to either convince the academically defiant Pyrrhonists or simply remove them from the equation.

So, by common sense (and common experience), most people accept whatever theories appear most reasonable, whether proven in an absolute sense or not.  Hence most people accept the theories of gravity, entropy, absolute zero, black holes, the hunger drive, an author’s headache and a reader’s eyestrain -- and well they should.  These things make sense.  In the opinion of those of religion, all mankind should also accept the existence of God and of the human spirit, for the overwhelming evidence witnessed in the many miracles of creation support the reality of The Creator to the point where the confidence level approaches infinity and the ‘P’ value diminishes to something smaller and more elusive than the last digit of Pi.

With regard to T. H. Huxley’s invention of the term ‘agnostic,’ he was quoted a having explained,

“Every variety of philosophical and theological opinion was represented there (the Metaphysical Society), and expressed itself with entire openness; most of my colleagues were –ists of one sort or another; and, however kind and friendly they might be, I, the man without a rag of a label to cover himself with, could not fail to have some of the uneasy feelings which must have beset the historical fox when, after leaving the trap in which his tail remained, he presented himself to his normally elongated companions.  So I took thought, and invented what I conceived to be the appropriate title of ‘agnostic.’”[4]

According to the above, individuals who identify with the label of ‘Agnostic’ should recognize that the term is a modern invention which arose from one individual’s identity crisis in a circle of metaphysicians.  The one who coined this term identifies himself as a man without a label, analogous to a fox without a tail -- both of which imply the self-perception of a certain degree of personal inadequacy.  What part of this man’s pride did he leave behind in the jaws of a spring-loaded religious enigma?  Fairly obviously, Huxley, like many prominent metaphysicians and theologians throughout history, was unable to find a doctrinal pigeonhole to suit his concept of God.

Regardless of the above considerations, even if a person were to argue that Huxley did nothing more than attach a label to a previously un-named but ancient theology, the two word question “So what?”  jumps the synapses of consciousness once again.  Labeling a theology does not imply validation or, more importantly, value.  If there were value to the concept, a person would suspect that it would have been voiced earlier -- like 1800 years earlier and in the teachings of a prophet like Jesus.  Yet the prophets, Christ Jesus included, seemed to have a very different message, the point of which was the reward of faith in the absence of absolute proof, despite the inability to view the reality of God with one’s own eyes.

The above excerpt is taken from Dr. Brown’s forthcoming book, MisGod’ed, which is expected to be published along with its sequel, God’ed.  Both books can be viewed on Dr. Brown’s website, www.Leveltruth.com.  Dr. Brown can be contacted at BrownL38@yahoo.com

Next: Agnosticism (part 2 of 4): Discussion on Huxley’s Statement