Description: Fasting Prescribed in all religions, the status of fasting, and the different levels of fasting. 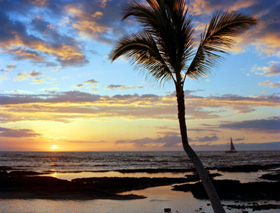 Most of us who are fighting the battle of the bulge have experimented with some form of fasting, like an all fruit fast, a water fast or an sugar-free fast, you name it.  But what many may find rather strange and intriguing is a whole nation of people; be it man or woman, old or young, rich or poor; going completely without food and drink from dawn to dusk for a whole month - Ramadan.  What is the significance of Ramadan beyond shortened work hours?  Is it not a very harsh practice?  Is it merely a time when Muslims sleep and fast and hardly work all day; and eat, drink, enjoy and stay awake all night?  What really is the spirit of Ramadan?

Fasting Prescribed in All Religions

In English “fasting” means to abstain from food or from certain kinds of food voluntarily, as an observance of a holy day or as a token of grief, sorrow, or repentance.[1]  This practice can be found in most of the major religions of the world.  For example, in Hinduism, fasting in Sanskrit is called upavaasa.  Devout Hindus observe fasting on special occasions as a mark of respect to their personal gods or as a part of their penance.  Most devout Indians fast regularly or on special occasions like festivals.  On such days they do not eat at all, eat once or make do with fruits or a special diet of simple food.[2]  For Jews, the day Yom Kippur (“Day of Atonement”) is the last of the Ten Days of Repentance observed on the 10th of Tishri.  It is forbidden on that day to eat, drink, wash, wear leather, or have sexual relations.  In addition, prohibitions on labor similar to those on the Sabbath are in force.[3]  It should also be noted that Moses (peace be upon him) is recorded in the Torah to have fasted.

For Catholics among Christians, Lent is the major season of fasting, imitative of the forty-day fast of Jesus (peace be upon him).  In the fourth century it was observed as six weeks of fasting before Easter or before Holy Week.  It was adjusted to forty days of actual fasting in most places in the seventh century.[4]  Jesus (peace be upon him) is recorded in the Gospels to have fasted like Moses.

It is in this context that God states in the Quran:

“O believers!  Fasting has been prescribed for you as it was prescribed for those before you in order that you become more conscious of God.” (Quran 2:183)

Among the Best Righteous Deeds

Although in most religions, fasting is for expiation of sin or atonement for sin, in Islam it is primarily to bring one closer to God, as stated in the above-mentioned verse.  Since, God-consciousness is the prerequisite for righteousness, great stress is placed on fasting in Islam.  Thus, it is not surprising to find that when Prophet Muhammad, may the mercy and blessings of God be upon him, was asked:

“Which is the best deed?”  He replied, “Fasting, for there is nothing equal to it.” (Al-Nasa’i)

There are as many levels of fasting as there are facets to being human.  Proper fasting should encompass all dimensions of human existence for it to have the divinely intended effect.  The following are some of the major levels of fasting:

The Levels of Fasting

This level of fasting requires that the basic rules for fasting be fulfilled, which are avoiding food, drink and sexual intercourse between dawn and sunset for 29 or 30 days each year.  On this level, one is basically following the letter of the laws regarding fasting without particular consideration for the spirit of fasting.  It is the entrance level which must be fulfilled for the fast to be Islamicly correct, but the other levels must be added for the fast to have any real impact on the fasting person.  Fasting on this level alone will not benefit one spiritually, except from the perspective of submission to divine instructions, if one chooses to follow the ritual consciously and not merely according to tradition.  Thus, by itself, the ritual level will not purify one of sin or atone for sin.

Fasting on the “physical” level causes the fasting person to experience the pangs of hunger and thirst when the prophetic (Sunnah) way of fasting is observed.  Prophet Muhammad used to consume a very light meal before the dawn (suhoor) and moderate meal (iftaar) to break the fast at sunset, while scrupulously avoiding filling his stomach.  He is reported to have said:

“The worst container a human being can fill is his stomach.  A few morsels of food to keep a person’s back straight are sufficient.  However, if his desire overcomes him, then let him eat a third, drink a third and leave a third for breathing.” (Ibn Majah)

The Prophet used to break his fast with a few fresh or dried dates and a glass of water just before beginning the sunset prayer.[5]  This level allows the fasting person to experience the pangs of hunger and thirst and thereby develops sympathy in him or her for those starving and dying of thirst in other parts of the world.

On the physical level, some chemicals in the brain that transmit messages and create feelings, called neurotransmitters, are affected by fasting.  Fasting encourages the endorphin neurotransmitter system, related to the feeling of well being and euphoria, to produce more endorphins and, in fact, makes us “feel” better.  This is similar to the effect of exercise (but without the physical work).It has also been noted by medical experts that fasting improves the physical health in numerous ways.  For example, during the fast the body uses up stored cholesterol (fat) that is often deposited in the blood system, as well as in other fatty areas of the body.  Thus, it helps to keep the body firm and minimizes the danger of heart attacks.  The difference between the ritual level 1 and the physical level 2 is that a person dong only ritual fasting may eat large meals prior to beginning the fast and immediately upon ending the fast, and thus not feel any hunger or thirst throughout the whole month.  However, like level one, if the fasting person does not incorporate the other levels of fasting, the fast will only be physically exhausting.  The Prophet said:

“Perhaps a fasting person will gain nothing but hunger and thirst from fasting.”(Ibn Majah)