The Story of Jesus and Mary in the Holy Quran (part 1 of 3): Mary

Description: The following three part series consists entirely of verses from the Holy Quran about Mary (Mother of Jesus) including her birth, childhood, personal qualities, and the miraculous birth of Jesus.

The Birth of Mary 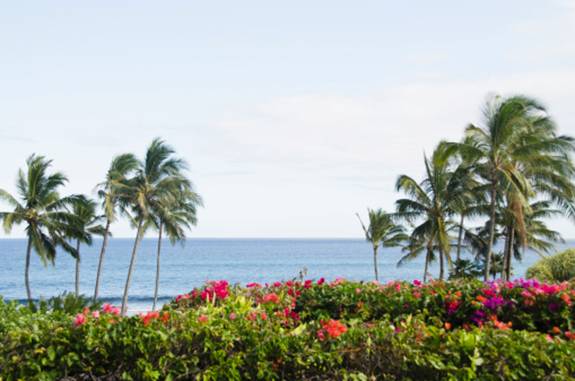 "Indeed God chose Adam, Noah, the family of Abraham and the family of Imran over the worlds.  An offspring, like one another (in righteousness).  And God is All-Hearing, All-Knowing.  (And mention) when the wife of Imran said, ‘O my Lord, I have vowed to You what is in my womb, to be dedicated (to Your service), so accept this from me.  Indeed, You are All-Hearing, All-Knowing.’  Then when she delivered her (Mary), she said, ‘O my Lord, I have delivered a female,’ and God knew best what she delivered, ‘And the male is not like the female, and I have named her Mary, and I seek refuge with You for her and for her children from Satan, the expelled (from the mercy of God).’" (Quran 3:33-36)

The Childhood of Mary

"So her Lord fully accepted her, and gave her a good upbringing, and put her under the care of Zechariah.  Every time Zechariah entered upon her in the prayer room, he found her supplied with food.  He said, ‘O Mary, where do you get this from?’  She said, ‘This is from God.  Indeed, God provides for whom He wills, without limit.’" (Quran 3:37)

"And (mention) when the angels said, ‘O Mary, indeed God has chosen you, purified you, and chosen you above the women of the worlds.’  ‘O Mary, be devoutly obedient to your Lord and prostrate and bow down along those who bow down (in prayer).’  This is a part of the news of the unseen, which We reveal to you (O Muhammad).  You were not with them when they cast lots with their pens to (decide) which of them should take care of Mary, nor were you with them when they disputed." (Quran 3:42-44)

The Good news of a new-born child

"(And mention) when the angels said, ‘O Mary, indeed God gives you the good news of a word from Him, whose name will be the Messiah Jesus, the son of Mary, held in honor in this world and in the Hereafter, and of those who are near to God.’  ‘He will speak to the people in the cradle, and in old age, and he will be of the righteous.’  She said, ‘My Lord, how can I have a son when no man has touched me.’  He said, ‘So (it will be,) for God creates what He wants.  When He decides something, He only says to it, ‘Be,’ and it is.  And He will teach him the Book and wisdom and the Torah and the Gospel.  And (will make him) a messenger to the Children of Israel (saying), ‘Indeed I have come to you with a sign from your Lord.  I make for you out of clay the likeness of a bird, then breathe into it, and it becomes a bird by the permission of God.  And I heal the blind and the leper, and I bring the dead to life by the permission of God.  And I inform you of what you eat and what you store in your houses.  Surely, there is a sign for you in that, if you are believers.  And (I have come) confirming the Torah that was (revealed) before me, and to allow you some of what was forbidden to you.  And I have come to you with a proof from your Lord, so fear God and obey me.  Indeed, God is my Lord and your Lord, so worship Him.  This is the straight path." (Quran 3:45-51)

"And mention in the Book (the story of) Mary, when she withdrew from her family to an eastern place.  And she placed a screen to seclude herself from them.  Then We sent to her Our angel (Gabriel), and he took the form of a well-created man before her.  She said, "Indeed I seek refuge with the Most Merciful from you, if you do fear God."[1]  (The angel) said, ‘I am only the messenger of your Lord to give to you (the news of) a pure boy.’  She said, ‘How can I have a son, when no man has touched me (in marriage), and I am not a prostitute?’  He said, So your Lord said, ‘It is easy for Me.  And We will make him a sign to people and a mercy from Us.  And it is a matter (already) decided.’"[2] (Quran 19:16-21)

"And she who guarded her chastity, so We breathed (a spirit) into her through Our angel, and We made her and her son (Jesus) a sign for the worlds."[3] (Quran 21:91)

The Birth of Jesus

"So she conceived him, and she withdrew with him to a remote place.  And the pains of childbirth drove her to the trunk of a palm tree.  She said, ‘I wish I had died before this, and had been long forgotten.  [Mary was worried that people would think badly of her as she was not married.]  Then (baby Jesus) called her from below her, saying, ‘Don’t be sad.  Your Lord has provided a stream under you.’  Shake the trunk of the palm tree towards you, and it will drop on you fresh ripe dates.  So eat and drink and be happy.  And if you see any human, then say, ‘Indeed I have vowed a fast to the Most Merciful so I will not speak to any human today.’  Then she carried him and brought him to her people.  They said, ‘O Mary, indeed you have done a great evil.’  ‘O sister of Aaron, your father was not an evil man, and your mother was not a fornicator.’  So she pointed to him.  They said, ‘How can we speak to a child in the cradle?’  (Jesus) said, ‘Indeed, I am a slave of God.  He has given me the Scripture and made me a prophet.[4]  And He has made me blessed wherever I may be, and He has enjoined on me prayer and charity as long as I remain alive.  And (has made) me kind to my mother, and did not make me arrogant or miserable.  And peace be upon me the day I was born, and the day I will die, and the day I will be raised alive.’" (Quran 19:22-33)

"And We made the son of Mary and his mother a sign, And We gave them refuge and rest on a high ground with flowing water."[6] (Quran 23:50)

The Excellence of Mary

"And God gives as an example for those who believe, the wife of Pharaoh, when she said, ‘My Lord, build for me a home near You in paradise, and save me from Pharaoh and his deeds, and save me from the wrongdoing people.’  And (the example of) Mary, the daughter of Imran, who guarded her chastity, so We blew (the spirit of Jesus) into her through Our angel (Gabriel).  And she believed in the words of her Lord, and His scriptures, and she was of the devout ones." (Quran 66:11-12)

[1] The Most Merciful is one of the names of God in the Quran.

[2] Jesus is a sign of God’s power, where God showed people that He could create Jesus without a father, as He created Adam without any parents. Jesus is also a sign that God is well able to resurrect all people after their death, since the one who creates from nothing is quite able to bring back to life. He is also a sign of the Day of Judgment, when he returns to the earth and slays the Anti-Christ in the End Times.

[3] Similarly, just as God created Adam with no father or mother, Jesus’ birth was from mother with no father. All that is needed for God for something to happen is to say "Be" and it is; for God is capable of all things.

[4] Prophethood is the highest and most honorable position a human can reach. A prophet is one who receives revelations from God through Angel Gabriel.

[5] Adam was created when God said, "Be," and he to be without a father or a mother. And so was Jesus created by the Word of God. If the unusual birth of Jesus makes him divine, then Adam deserves more of that divinity because Jesus at least had one parent, while Adam had none. As Adam is not divine, so is Jesus not divine, but both are humble servants of God.

[6] This is where Mary gave birth to Jesus.

Next: The Story of Jesus and Mary in the Holy Quran (part 2 of 3): Jesus I

Jesus is not a God. Jesus is a messenger of Allah.

This is a beautiful article~ I really enjoyed it! Glory to God! Thank you for posting.

The messengers of the Almighty God mankind were sent to particular generations of people but Muhammad and his message were universal and final to mankind.

Jesus is the son of mariyam