God’s Preservation of the Sunnah (part 1 of 7): The Companions’ Understanding of Their Heavy Responsibility

Description: The following series of articles discusses the means used throughout history to ensure that the Sunnah, or teachings of Prophet Muhammad, remained authentically preserved and free from alteration and interpolation.  Part One: The warning given by the Prophet to those who say things about him which are untrue, and the companions understanding of this warning.

Introduction: The Sunnah and Its Place in Islam 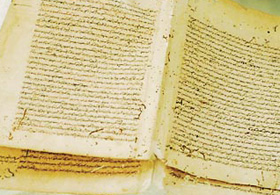 The Sunnah refers to the actions, statements and way of life of the Prophet Muhammad, may the mercy and blessings of God be upon him.  It is an essential aspect of the entire system of Islam.  God Himself in the Quran has ordered Muslims to take the Prophet as their role model and to listen and obey his words.  The Sunnah is the ultimate normative practical expression of Islam.  It is also the definitive explanation of the Quran itself.  Without it there can be no true understanding of how to implement Islam.[1]

Some of the Means by Which God Preserved the Sunnah

God, through humans, used many means by which He preserved the Sunnah.  Some of these aspects are unique to the Muslim nation.  Most importantly, these means of preservation were followed from the earliest times, without any interval available for the original material and sayings to be lost.

Some of the factors and means that contributed to the preserving of the Sunnah include the following:

The Companions’ Understanding of Their Heavy Responsibilities

It is clear in the Quran that the earlier peoples had distorted, tampered and generally failed to minutely preserve the message that they received.[2]  The Companions of the Prophet understood that the Prophet Muhammad was the final messenger sent for humankind and that the task of preserving his teachings would fall upon their shoulders.  It was up to them to make sure that what happened to the previous prophets’ teachings would not happen to the Prophet Muhammad’s message.  Additionally, the Prophet himself impressed upon them the fact that they had the responsibility of taking from the Prophet and conveying to others.  For example, the Prophet told them, in front of the throngs of the people at the time of pilgrimage:

This instruction from the Prophet can be seen in a number of his statements, some of which have been narrated from numerous Companions.  For example, the Prophet said:

“May God make radiant the man who has heard what I said and has preserved it in his memory until he conveys it to another.  Perhaps the one he conveyed it to has a better understanding than him.”[3]

The Prophet also warned them in a very stern fashion about conveying anything from him which may not be correct.  Using the Arabic word kadhab, which in the dialect of the Prophet did not mean “to lie” but meant to convey something which is not correct, the Prophet stated:

“Convey from me, even if it is just a verse.  And narrate [stories] from the Tribes of Israel and there is no harm.  And whoever falsely attributes something to my authority shall take his own seat in the Hell-fire.” (Saheeh Al-Bukhari)

It seems that the Prophet stated that warning on a number of occasions, as those words have been recorded from the Prophet by over fifty Companions.[4]

Thus, the Companions realized that they had to be very careful in their narratives.  They understood the warning stated above concerning one who falsely attributes something to the Prophet as applying to one who does so intentionally as well as unintentionally.  In a report recorded in Sahih al-Bukhari, the Companion al-Zubair was asked why he did not narrate as many hadeeth as some of the others did.  He replied, “As for me, I never parted from him [that is, the Prophet].  However, I heard him say, ‘Whoever falsely attributes something to me shall take his own seat in the Hell-fire.’”  Commenting on this statement, ibn Hajar[5]  noted that al-Zubair was obviously not speaking about himself forging something in the Prophet’s name.  Instead, he feared that if he narrated a lot, he would make mistakes.  And those mistakes would put him under the warning mentioned in that hadeeth.[6]

Anas ibn Maalik also said, “If I did not fear that I may make a mistake, I would narrate to you some of the things I heard from the Messenger of God.  However, I heard him say, ‘Whoever falsely attributes something to my authority shall take his own seat in the Hell-fire.’”[7]  This, once again, implies that Anas, a Companion, understood that the threat stated in that hadeeth also applies to the one who makes unintentional mistakes while narrating hadeeth.

In reality, some of the Companions, like Abu Hurairah, continued to study and memorize the hadeeth they learned from the Prophet.  Therefore, they did not have as much to fear with respect to making mistakes.  On the other hand, those who were not dedicated to such study had more to fear because their memories may fail them when they narrated from the Messenger of God.

[1] This author has discussed in great detail the position and role of the Sunnah in Islam in his The Authority and Importance of the Sunnah (Denver, CO: Al-Basheer Company, 2000).

[2] The Quran itself refers to the distortion of the earlier books by the previous peoples as well as their attempts to conceal some of the revelation.  See, for example, Quran 5:14-15 and 4:46.

[5] One of the most noteworthy commentators of Saheeh Al-Bukhari – IslamReligion.com

Next: God’s Preservation of the Sunnah (part 2 of 7): The Recording of Hadeeth