Description: A look at what Judeo-Christian scholars say about the authenticity and preservation of the Old Testament.

“[The Bible] has noble poetry in it; and some clever fables; and some blood-drenched history; and a wealth of obscenity; and upwards of a thousand lies.” 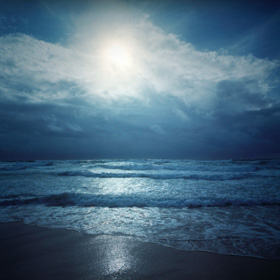 Oookay, forget Shem.  So, just like Noah … Double Oops.  Genesis 9:29 teaches, “So all the days of Noah were nine hundred and fifty years; and he died.”  So let’s see, Genesis 6:3 promised a lifespan limited to a hundred and twenty years, but a few verses later both Shem and Noah broke the rule?

Let’s look at Old Testament dates from a different angle.  Here’s Genesis 16:16: “Abraham was eighty-six years old when Hagar bore Ishmael to Abraham.”  Genesis 21:5 tells us, “Now Abraham was one hundred years old when his son Isaac was born to him.”  So let’s see, one hundred minus eighty-six, subtract the six from the first ten, nine minus eight … I get fourteen.  So Ishmael was fourteen when Isaac was born.

A bit later, in Genesis 21:8, we read, “So the child (Isaac) grew and was weaned.”  Now, weaning in the Middle East takes two years, according to ethnic custom.  So tack two onto fourteen, and Ishmael was sixteen before Sarah ordered Abraham to cast him out (Genesis 21:10).

A couple more verses, and Genesis 21:14-19 portrays the outcast Ishmael as a helpless infant rather than an able-bodied, sixteen-year-old youth, as follows:

So Abraham rose early in the morning, and took bread and a skin of water; and putting it on her shoulder, he gave it and the boy to Hagar, and sent her away.  Then she departed and wandered in the Wilderness of Beersheba.  And the water in the skin was used up, and she placed the boy under one of the shrubs.  Then she went and sat down across from him at a distance of about a bowshot; for she said to herself, “Let me not see the death of the boy.”  So she sat opposite him, and lifted her voice and wept.

Then God opened her eyes, and she saw a well of water.  And she went and filled the skin with water, and gave the lad a drink.”

A sixteen-year-old youth described as a “boy” or a “lad?”  In a time and place when sixteen year-olds were commonly married and awaiting their second or third child while supporting a growing family?  In addition to being hunters, soldiers and, albeit rarely, even kings on occasion?  Sixteen years equated to manhood in Ishmael’s day.  So how exactly did his father give the sixteen year-old “boy,” Ishmael, to Hagar?  And how did she leave him crying (i.e., “the voice of the lad”) like a helpless baby under a shrub?  And how, precisely, did his mother lift him up and hold him with her hand?  Lastly, are we truly expected to believe that Ishmael was so frail that his mother had to give him a drink, because he was unable to get it himself?

Uh, yes, that’s the gist of it.  That’s what we’re supposed to believe.

Let’s take a hint from the Bible.  2 Chronicles 21:20 teaches that Ahaziah’s father, King Jehoram, died at the age of forty.

King Jehoram died at the age of forty and was succeeded by his son, who was forty-two?  In other words, King Jehoram fathered a child two years older than himself?  Arithmetic, according to Mickey Mouse, is “Being able to count up to twenty without taking off your shoes.”  But between the reader’s toes and all appendages of the family cat, there’s no way to make sense of these figures.  And while the logical conclusion approaches ramming speed, 2 Chronicles 22:1 points out that Ahaziah was King Jehoram’s youngest son, for raiders had killed all Jehoram’s older sons.

So if Ahaziah was two years older than dear departed Dad, how many years did his older brothers have on their father?

Obviously, 2 Chronicles 22:2 can’t be trusted and 2 Kings 8:26, which teaches that Ahaziah was twenty-two when he became king, must be the correct version.

So King Jehoram died at forty (2 Chronicles 21:20) and was succeeded by Ahaziah, who was twenty-two (2 Kings 8:26).  Which means King Jehoram was eighteen when Ahaziah was born, and roughly seventeen when he was conceived.  Not only that, but Jehoram had older sons (2 Chronicles 22:1), so he must have started his family at the age of fifteen or less.  So much for Ishmael having been a helpless lad at the age of sixteen.  It was a time when teenagers were men.

But what about 2 Chronicles 22:2, which states that Ahaziah was forty-two when he assumed the throne?

A copying error, no doubt.

But that’s not the point.

Isaiah 40:8 claims that “the word of our God stands forever.”  This assertion doesn’t excuse copying errors, or any other error, regardless how slight.  In fact, according to Isaiah 40:8, any “word” which has not “stood forever” is disqualified as having been from God.

Which should make us question the authorship.

If “the word of our God stands forever,” and the “word” of Ahaziah’s age doesn’t stand the test of time, whose word is it?  God’s or Satan’s?

Don’t look now, but even the Old Testament seems uncertain on this point.

Uhhh, which was it?  The Lord, or Satan?  There’s a slight (like, total) difference.

But seriously, the mistake is understandable.  After all, it’s pretty hard to know who you’re talking to, when you can’t put a face to revelation.  And, as God said in Exodus 33:20, “You cannot see My face; for no man shall see Me, and live.”

So there we have it.

No man can see God’s face, and live.

Well, except for Jacob, of course.  As Genesis 32:30 states, “So Jacob called the name of the place Peniel: ‘For I have seen God face to face, and my life is preserved.’”

And we mustn’t forget Moses, as per Exodus 33:11: “So the LORD spoke to Moses face to face, as a man speaks to his friend.”

So no man can see God’s face, and live.

Except for Jacob and Moses.

But God didn’t mention that exception, did He?

So maybe He changed His mind.

And then again, maybe not.

The above excerpt is taken from Dr. Brown's forthcoming book, MisGod'ed, which is expected to be published along with its sequel, God'ed.  Both books can be viewed on Dr. Brown’s website, www.Leveltruth.com.  Dr. Brown can be contacted at BrownL38@yahoo.com