The Miraculous Quran (part 5 of 11): The Excellence of its Teachings I

Description: The Quran itself contains proofs for its truth and its teachings a clear and make perfect sense.  It requires no “leap of faith” in order to believe it.  Also, a look at the accusation that Muhammad borrowed or stole from other religions, particularly, the Christians and the Jews. 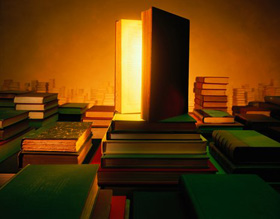 Let me explain what I mean by this.

No Leap of Faith

Coming from a Christian background, I experienced what many experienced concerning matters of belief and how to understand them.  It was virtually impossible to get straight answers concerning the very basics of Christian beliefs from the pastors and priests.  The reality is that the concepts of belief were meant to be a “mystery” and belief in what one cannot truly understand is what proved a person’s faith.

That approach simply did not sit well with me and I found it, and still find it, illogical.  It does not seem that the truth as revealed by the Merciful and Wise God, who has given so many marvelous signs in the creation, should lead one to have to say, as the 2nd-century North African Church Father Tertullian is well known for saying: credo quia absurdum est, “I believe because it is absurd.” Religion should not be simply “faith-based”—a leap of faith, as such.  Actually, it should be first as well “knowledge-based,” so that both the heart and the mind find solace in it and submit to it with a firm resolution.  And this is what I found in Islam.

You should recall that the Prophet Muhammad, may the mercy and blessings of God be upon him, first encountered a people who were indulged in idol worship.  Furthermore, they, in general, did not believe in the Hereafter.  Some of them, it seems, did not have a clear perception of the Supreme Being.

It was in this environment that the Quran was revealed.  The Quran did not simply give them a command to believe.  No, indeed!  The Quran gave them proof after proof, lesson after lesson, sign after sign that should make anyone believe that there is a Creator and that the Creator created humans and all of this wonderful working of the Universe with a purpose, as He is not a foolish or ignorant Creator.

Hence, the Quran is filled with passages demanding that humans think.  In essence the message was this: Allah knows that if humans do use their mental capabilities properly, they will come to recognize the truth of what Allah is saying in the Quran.  In fact, Islam teaches that the recognition of such facts is innate within the souls of humans.

The fact is that one’s belief in Allah, the Quran and the Prophet Muhammad is not based on mere emotion or a blind leap of faith.  It is based on real reasons and evidence.

Coming from my background, this boldness in propagating the belief and challenging humans to think and ponder was nothing short of miraculous.

Stealing from the Christians and Jews

One concept that many of the non-Muslim writers were claiming was that the Prophet Muhammad simply stole most of his teachings from the Jews and Christians.  Take, for example, the title of Bell’s book, The Origin of Islam in its Christian Environment—which, by the way, if you tell any Arab that Islam developed in a Christian environment, it would be a real shock to them!

I recognized that there were two possibilities:

(1)  the Prophet Muhammad did steal his material or

(2)  the revelation he received was from the same God who sent Moses, Jesus and the earlier prophets, as the Prophet Muhammad himself claimed.  If it were the latter, it would explain why there would be much overlap in the teachings and message.  The same God sent the earlier prophets and is simply recounting their stories again in the new revelation.

However, I immediately started to notice some glaring differences between the Quran and the Bible, even with respect to the teachings about God.  If the Prophet Muhammad was “editing” what he was hearing from the Bible—and by the way, at that time, there was no Bible available in Arabic—then he was doing an excellent job.

I found that the strange teachings about God that one finds throughout the Bible are completely and unequivocally missing from the Quran.

For the sake of brevity, only a few examples illustrating this point shall be given.

8 Then the man and his wife heard the sound of the LORD God as he was walking in the garden in the cool of the day, and they hid from the LORD God among the trees of the garden.  9 But the LORD God called to the man, “Where are you?”  10 He answered, “I heard you in the garden, and I was afraid because I was naked; so I hid.” 11 And he said, “Who told you that you were naked?  Have you eaten from the tree that I commanded you not to eat from?”

Here, God is pictured as walking in the garden in the cool of the day.  What is even more astonishing is that Adam and Eve were able to hide from God and he had to ask, “Where are you?”  If a human is able to hide from Him in the garden, how is it that this Lord is going to have knowledge of the sins that people commit?  It would be difficult for any human to gender in his heart the kind of love and fear of God that he should have when he believes that his God is so faulty and weak that an event like this could occur to him.

In Genesis 32:24-28,[1]  there is the story and literal description of Jacob wrestling with and defeating God.  In verse 28, it says, “You [Jacob] have wrestled with God and with men, and you have won.” In other words, the creator of the universe whom mankind is expected to worship and submit to was defeated by a mere mortal in a wrestling match.

The Old Testament even pictures God as one who intended to do evil but then repented.  Exodus 32:14 states, “And the Lord repented of the evil which he thought to do unto his people” (King James Version).  It would not be surprising for anyone to turn away from God and not consider Him worthy of worship if He himself has to repent from His own evil.[2]

[1] The New King James Version reads: 24 Then Jacob was left alone; and a Man wrestled with him until the breaking of day. 25 Now when He saw that He did not prevail against him, He touched the socket of his hip; and the socket of Jacob's hip was out of joint as He wrestled with him. 26 And He said, “Let Me go, for the day breaks.”  But he said, “I will not let You go unless You bless me!” 27 So He said to him, “What is your name?” And he said, “Jacob.” 28 And He said, “Your name shall no longer be called Jacob, but Israel; for you have struggled with God and with men, and have prevailed.”

[2] Of course, this begs the question of to whom is it that God must or should repent?