Description: The obscurity of dream interpretation in the religion of Islam. 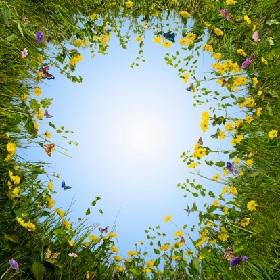 In his book about dream interpretation Ibn Qutaybah says, “There is nothing in which people deal with from the different sciences that is more obscure, delicate, exalted, noble, difficult and problematic than dreams because they are a type of revelation and a type of Prophethood.”

These are wise words and reflect the position of many Islamic scholars, that dreams should be interpreted by someone qualified.  There are a number of problems and stumbling blocks inherent in the practice of interpreting dreams.   For instance, a dream could be seen by a person but it could be for someone else.

From among the companions of Prophet Muhammad someone saw a dream for Abu Jahl[1]  that he became a Muslim and pledged allegiance to Prophet.  This never happened, this dream was for his son, Ikrimah who at a later date converted to Islam and pledged allegiance to the Prophet.  In another example a dream was seen about Usayd ibn Abil Aas becoming the governor of Mecca, this did not happen however his son ‘Attab did become the governor of Mecca.

Symbols in dreams could also be a stumbling block to the correct interpretation of dreams.  Symbols in dreams might mean different things for different people.  For example, a dream about a cat could evoke happy childhood memories or it could symbolise fear and pain for a person who had been attacked and scratched by a feral cat.

It is enough to recognise a dream as being good, bad or of no consequence.

“Secret counsels (conspiracies) are only from Satan, in order that he may cause grief to the believers.  But he cannot harm them in the least, except as God permits...” (Quran 58:10)

Satan is eager to embrace anything that causes distress, it matters not whether the person is awake or asleep, and Satan is an enemy to humankind.

Thus if one sees a bad dream, sometimes referred to as a nightmare that causes fear, distress or unease he or she should do the following:

Firstly, acknowledge that this dream is from Satan who wants only to cause grief therefore pay no heed to the dream.  Secondly, seek refuge with God from the accursed Satan and the evil of the dream and spit dryly to their left three times.  A person should not divulge the details of a bad dream unless in a sincere effort to get advice from a suitably qualified person.  In almost all cases distressing dreams should be ignored and dismissed.   Turning over to the other side of the bed or getting up to pray to units of prayer are also effective ways of breaking the feeling of helplessness sometimes associated with bad dreams.

c)    There are some dreams that do not fall in either of the above two categories.  These dreams are called “confused dreams” and they stem from what one is thinking about, and from events and fears stored in the memory and the subconscious, which are then replayed during sleep.  There is no interpretation for such dreams.

A clear rule about dreams is that lying about a dream is a very serious matter.  Prophet Muhammad warned us that “The worst lie is that a person claims to have seen a dream which he has not seen.”[3]  Perhaps a person is so anxious to have a good dream he feels compelled to make one up.  This is not an acceptable practice, honesty is a value highly prized in Islam.  “Those of you with the truest dreams will be those who are most truthful in speech”.[4]

What does Islam say about seeing God in a dream? Some scholars including Sheikh Ibn Taymiyah assert that it is possible to see God Himself in dreams, however he stresses that what a person sees in his dream is not what God looks like.  There is nothing comparable to God therefore our minds are not capable of forming a true image.

Dreams do hold some significance in the way of life that is Islam however we must be careful not to rely too much on them or believe that they are filled with hidden messages and symbols.  The great majority of dreams are a product of active, healthy mind and are not prophetic in anyway.  It is also incorrect to assume that the prayer for guidance (Istikarah) should be answered with a dream.   In conclusion we are able to sum up dream interpretation with the words of Ibn Sireen, the most well-known Islamic dream interpreter.  On a day when asked about 100 or more different dreams, he said in answer to all the questions, “Fear God and do good whilst you are awake, and whatever you see in your sleep will not harm you”.

[1] A staunch enemy of Islam