The Big Questions (part 3 of 3): The Need for Revelation

Description: Islamic answers to the third of some of the “Big Questions” in Life all humans inevitably ask, How do we serve Our Creator? 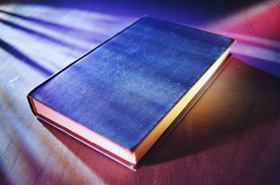 In the previous two parts of this series, we answered the two “big questions.”  Who made us?  God.  Why are we here?  To serve and worship Him.  A third question naturally arose: “If our Creator made us to serve and worship Him, how do we do that?” In the previous article I suggested that the only way we can serve our Creator is through obeying His mandates, as conveyed through revelation.

Regarding the need for revelation, I would make the following points: In the first article of this series I pointed out that life is full of injustices, but our Creator is fair and just and He establishes justice not in this life, but in the afterlife.  However, justice cannot be established without four things—a court (i.e., the Day of Judgment); a judge (i.e., the Creator); witnesses (i.e., men and women, angels, elements of creation); and a book of laws upon which to judge (i.e., revelation).  Now, how can our Creator establish justice if He did not hold humankind to certain laws during their livetimes?  It’s not possible.  In that scenario, instead of justice, God would be dealing out injustice, for He would be punishing people for transgressions they had no way of knowing were crimes.

Why else do we need revelation?  To begin with, without guidance mankind cannot even agree on social and economic issues, politics, laws, etc.  So how can we ever agree on God?  Secondly, nobody writes the user manual better than the one who made the product.  God is the Creator, we are creation, and nobody knows the overall scheme of creation better than the Creator.  Are employees allowed to design their own job descriptions, duties and compensation packages as they see fit?  Are we citizens allowed to write our own laws?  No?  Well then, why should we be allowed to write our own religions?  If history has taught us anything, it is the tragedies that result when mankind follows its caprice.  How many who have claimed to banner of free thought have designed religions that committed themselves and their followers to nightmares on Earth and damnation in the hereafter?

So why isn’t it enough just to be good?  And why isn’t it enough for each of us to worship God in our own way?  To begin with, peoples’ definitions of “good” differ.  For some it is high morals and clean living, for others it is madness and mayhem.  Similarly, concepts of how to serve and worship our Creator differ as well.  More importantly and to the point, nobody can walk into a store or a restaurant and pay with a different currency than the merchant accepts.  So it is with religion.  If people want God to accept their servitude and worship, they have to pay in the currency God demands.  And that currency is obedience to His revelation.

Imagine raising children in a home in which you have established “house rules.” Then, one day, one of your children tells you he or she has changed the rules, and is going to do things differently.  How would you respond?  More than likely, with the words, “You can take your new rules and go to Hell!” Well, think about it.  We are God’s creation, living in His universe under His rules, and “go to Hell” is very likely what God will say to any who presume to override His laws with their own.

Sincerity becomes an issue at this point.  We should recognize that all pleasure is a gift from our Creator, and deserving of thanks.  If given a gift, who uses the gift before giving thanks?  And yet, many of us enjoy God’s gifts for a lifetime and never give thanks.  Or give it late.  The English poet, Elizabeth Barrett Browning, spoke of the irony of the distressed human appeal in The Cry of the Human:

And lips say “God be pitiful,”

Should we not show good manners and thank our Creator for His gifts now, and subsequently for the rest of our lives?  Don’t we owe Him that?

You answered “Yes.” You must have.  Nobody will have read this far without being in agreement, but here’s the problem: Many of you answered “Yes,” knowing full well that your heart and mind does not wholly agree with the religions of your exposure.  You agree we were created by a Creator.  You struggle to understand Him.  And you yearn to serve and worship Him in the manner He prescribes.  But you don’t know how, and you don’t know where to look for the answers.  And that, unfortunately, is not a subject that can be answered in an article.  Unfortunately, that has to be addressed in a book, or maybe even in a series of books.

Dr.  Brown is the author of The Eighth Scroll, described by North Carolina State Senator Larry Shaw as, “Indiana Jones meets The Da Vinci Code.  The Eighth Scroll is a breath-holding, white-knuckled, can’t-put-down thriller that challenges Western views of humanity, history and religion.  Bar none, the best book in its class!” Dr.  Brown is also the author of three scholastic books of comparative religion, MisGod’ed, God’ed, and Bearing True Witness (Dar-us-Salam).  His books and articles can be found on his websites, www.EighthScroll.com and www.LevelTruth.com, and are available for purchase through www.Amazon.com.

Previous: The Big Questions (part 2 of 3): The Purpose of Life

May Allah reward you for this wonderful artical,it really reflects a deep understanding for the real meaning of islam. jazak'allah khair

You sir are one of the best writers I have ever encountered. reading these beautiful articles only make my faith stronger and stronger by the day. I truly praise your good work, and truly hope Allah rewards you in the herafter. God Bless

Salam, I am so blessed to come across this website. I have been enlightened more on these aspects. Thank God for the creator/writer of these articles. They've been well written in such styles that do not bore me easily. It's always been challenging for me to read serious materials, I doze off but this is good, really good. God bless you.