Description: In this article we will attempt to discover and explain what a Christian healing miracle is, their place in history, and the difference between Christianity and Islam. 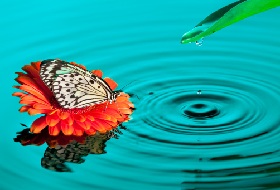 The word miracle has become so common place in today’s language that it is often used to refer to something as ordinary as individual good fortune.  The Merriam Webster online dictionary defines a miracle as “an extraordinary event manifesting divine intervention in human affairs”.  Baker’s Dictionary of the Bible defines a miracle as “an event in the external world brought about by the immediate agency or the simple volition of God.”

Throughout history the notion or belief that prayer, and, or the ministrations of a healer can cure illness has been commonplace.  These miraculous recoveries are then attributed to a myriad of techniques commonly classified as faith healing or healing miracles.  The term faith healing is best known in relation to Christianity however it is used in a number of other religions, including new age and pagan beliefs.  For instance Tibetan Buddhism has always known and accepted faith healings.  The practice of laying on of hands is not solely by Buddhist monks but also magicians and mediums.  In religions based on witchcraft or pagan beliefs the use of spells and potions for healing requires faith in the practitioner and the gods and goddesses called upon.

According to the majority of Christian denominations the term faith healing or healing miracles refers to healing that occurs supernaturally, as the result of divine intervention or prayer, rather through conventional medical care.  Medical and scientific research has demonstrated that religious commitment aids in the prevention and treatment of emotional disorders, disease and injury and enhances recovery.[1]  In short people with a religious faith sometimes heal faster than those without.  This is usually attributed to an optimistic attitude and hope in the future.  Sadly however some segments of today’s society reject any medical attention whatsoever and hope to be healed by the virtue of their faith alone.  This is a notion that is rejected by Islam.

In accordance with the holistic approach Islam takes to health, there is no contradiction in seeking a cure from both medical science and permissible spiritual means. Prophet Muhammad, may the mercy and blessings of God be upon him, said: “There is no disease that God Almighty has created, except that He also has created its cure.”[2]  It is also well known that during the Dark Ages the Muslim world kept the early Greek traditions of medicine alive and translated them into Arabic and advanced them.

Islam looks at the miracles rather differently.  It defines a miracle as an extraordinary act or event that is contrary to the laws of nature and can only come about through the direct intervention of God Almighty Himself.  Furthermore, a miracle can only be performed by the Prophets of God. Thus an event brought about by a religious, righteous person is not classified as a miracle but, according to Islam is an event known as a karamah.  Here we see that by Islam’s reckoning, faith healing would fit squarely into the category of karamahs.  However our purpose here is not to judge Christian beliefs by an Islamic yardstick, rather it is to look at faith healing and discover under what circumstances and for what purpose these events occur.

The roots of today’s Christian faith healing movement are clearly biblical.  According to Joe Nickel, “In Christianity, Jesus became a source of restorative power, bringing a healing ministry and effecting miraculous cures of both mind and body wherever he went”.  The Christian gospels record more than forty acts of faith healing both by Jesus and his disciples.

One of the best known accounts of faith healing in the Catholic church are the miracles attributed to the  intercession of the apparition of the Blessed Virgin Mary known as Our Lady of Lourdes at the grotto of Lourdes in France.  The Catholic Church has given official recognition to 67 miracles since the Blessed Virgin Mary allegedly first appeared in Lourdes in February 1858.

The faith healing ministries across North America send to their followers that unrealistic message that if you are sick or poor it is because you do not have enough faith. In relation to this concept 37 year old cerebral palsy sufferer, Justin Peters, an evangelical minister who heads Justin Peters Ministries said, “Two of the most basic human desires are to be wealthy and to be healed.” and “If you believe that God can heal you only if you have enough faith, the burden is on you. If you’re not healed, then what?  Who do you blame?  Certainly, not God.  So on top of the affliction, there’s the heavy weight of thinking that your faith is too weak.”  Peters monitors the teachings of prosperity gospel ministers like Benny Hinn, Kenneth Copland, and other faith healers who preach wealth and health as a sign of faith.

In her 2003 essay on “Modern American Faith Healers” Catie Caldwell described  a movement that sets out to overwhelm and amaze a populace overcome by the trials and tribulations of 21st century life.  The solace and ease that should come from faith in God and his Mercy is relegated to a personal miracle granted to only those who deemed worthy via a human examination of their level of faith. She says, “These charismatic faith-healers have a huge following and are centered around very powerful and wealthy individuals who claim to have special power and anointing from God to heal any affliction.  These leaders travel the nation, attracting hundreds, even thousands, to their revival-like events.  People flock to these events seeking healing and deliverance from their visible and invisible ailments.  The atmosphere at these events is extremely emotional and the participants claim the “spirit of God” is present and actively healing them.  The denominational representation at these events and among the leaders is diverse; it is a very inter-denominational movement.”[3]

While Islam acknowledges the healing powers of the Quran and prayer, there is no doubt that the 21st century world is more populated than ever with those who claim to be able to produce miracles and miracle cures.  A person must be sure of the place wherein he places his or her trust.  There are many people claiming to be healers whose intentions and methods are far from pure and worse still many who are downright evil.

A believer is encouraged to put their complete trust in God, however this does not negate the healing effects of medicine.  Indeed, God has power over all things, therefore we need to put our trust in Him, develop a lasting relationship with His book of guidance – the Quran, follow the authentic teachings of Prophet Muhammad and seek a cure, wherever it may be. As believers we are able to use the tools and methods provided to us by God and Prophet Muhammad to sift the truth from falsehood.  Those who fall prey to miracle healing ministries may not know how to spot the illusions thus in part 2 we will discuss how these ‘miracles’ are brought about and the objective of those who perform them and any lies and deceptions found in today’s healing ministries.

Next: Christian Healing Miracles - An Expose (part 2 of 2): The Business of Healing

Assalamu Alaikum! A very lovly article that deals with todays so called healing ministry.. We are eager to read the continuation of this article.. May Allah guides us to the right path.. Ameen!