Conversations in Paradise and Hell (part 3 of 3): And I shall never hereafter be angry with you

Description: Conversations with family members, internal dialogues, and how God reacts to the people of the Hereafter. 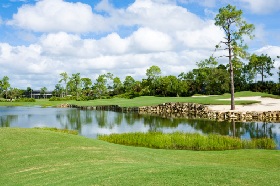 When the matter has been decided, and the people of the Hellfire have been lead away, and the people of Paradise have entered the garden, each group of people will talk amongst themselves.  Their lives in the world are not forgotten and for both groups there is an eternity in which to look back and analyse why - why am I suffering, or why am I entitled to this luxury?  The matter has been decided, the short time that was spent in the life of this world is over and life everlasting has begun.

We know that the dwellers of both Paradise and Hell will turn to each other questioning, however what will they say to themselves, how will they feel, bereft, alone and forsaken?  God tells us that they will sigh, in fear, in frustration.  It is hard for us to imagine but we do know that they appear to give up hope.

“…and has prepared for them a flaming Fire (Hell).  Wherein they will abide forever, and they will find neither a protector, nor a helper.  On the Day when their faces will be turned over in the Fire, they will say: “Oh, would that we had obeyed Allah and obeyed the Messenger “.  (Quran 33:64-66)

When the people of the Hellfire ponder about why those whom they followed in this world are not able to help them in their suffering, in it is a lesson for us to learn.  In the Quran and the traditions of Prophet Muhammad we are able to read and see with our mind’s eye just what our own situation could potentially be.

What a contrast and a delight it will be for those who are entered into Paradise.  They will have the extreme pleasure of seeing God, this is something that will be denied to the people of the Hellfire.  “Surely they will be veiled from seeing their lord that day”.  (Quran 83:15)

There are not many verses of Quran or traditions from Prophet Muhammad, may the mercy and blessings of God be upon him, that show us conversations taking place between people in their eternal abodes with their family members.   There is however evidence to show that they will indeed remember their lives in this world and think about their family members.

“And they will approach one another, inquiring of each other.  They will say, “Aforetime we were afraid with our families [of the punishment of God], but God has been gracious to us, and has saved us from the torment of the Fire. Verily, we used to invoke Him (Alone) before.  Verily, He is the Most Kind, the Most Merciful.” (Quran 52:25-28)

Conversations between God and the Dwellers of the Hellfire

The conversations that we find between God and the people of the Hellfire are not numerous.  We more easily find verses from Quran where they, the dwellers of the Hellfire converse amongst themselves or with the angels who guard the gates of Hell.  However there is one conversation that is striking and it should be clear in our minds, so that we protect ourselves from ever hearing these awful words. The dwellers of Hell will say:

“Our Lord! Bring us out of this.  If ever we return (to evil), then we would indeed be wrongdoers.”

Conversations between God and the People of Paradise

In the traditions of Prophet Muhammad we find a very touching and delightful conversation between God, and the last person to exit from the torment of Hellfire by the mercy of God.  The man is invited to enter Paradise and so he will go to it and think that Paradise is full.  The man returns to God and says “My Lord, I found Paradise full,” and God will reply, “Go and enter Paradise for there you have something ten times better than the world and everything in it”.  Prophet Muhammad said, “That is the one who is lowest in status of the people of Paradise”.[1]

Another man will be asked by God if he has everything he wants and he will reply to his Lord saying “Yes, but I like to grow things.”  So he will go and plant his seeds, and within the blinking of an eye they will grow, ripen, be harvested and piled up like mountains.[2]

We will finish our three part series with a very beautiful saying in the hope that each and every one who reads or hears this beautiful conversation will, at the end of their lives and the beginning of their Hereafter, be a part of this conversation.

God will say to the people of Paradise: “O People of Paradise! They will respond: “Here we are, Our Lord, and all the good is in Your Hands.” God will say: “Are you satisfied?  They will answer: “Why shouldn’t we be satisfied when You have bestowed on us what You have not bestowed on any of Your other creation.” He will say “Shall I not bestow upon you something even better than that?  They will say: “O Our Lord! What could be better than that?  God will say: “I bestow upon you My pleasure and I shall never hereafter be angry with you.”[3]

Previous: Conversations in Paradise and Hell (part 2 of 3): Dialogues and Discussions