News of the Past

Description: The stories told by Prophet Muhammad of the peoples of the past an evidence for his Prophethood. 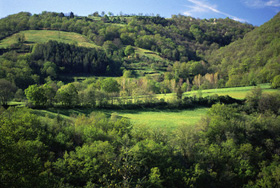 One of the strongest evidences of Prophet Muhammad’s truth is his knowledge of the Unseen world: his accurate knowledge of previous nations and future prophecies.  No matter how intelligent, a man cannot authoritatively speak of the past based upon mere intelligence.  The information has to be learned.  Muhammad was a human being, who did not live in the midst of the nations he spoke of, did not inherit any knowledge of their civilization, or learn it from a teacher.  God says:

"That is from the news of the unseen which We reveal, [O Muhammad], to you.  And you were not with them when they put together their plan while they conspired." (Quran 12:102)

"And We gave Moses the Scripture, after We had destroyed the former generations, as enlightenment for the people and guidance and mercy that they might be reminded.  And you, [O Muhammad], were not on the western side [of the mount] when We revealed to Moses the command, and you were not among the witnesses [to that] but We produced [many] generations [after Moses], and prolonged was their duration.  And you were not a resident among the people of Madyan, reciting to them Our verses, but We were senders [of this message].  And you were not at the side of the mount when We called [Moses] but [were sent] as a mercy from your Lord to warn a people to whom no Warner had come before you that they might be reminded.  And if not that a disaster should strike them for what their hands put forth [of sins] and they would say, ‘Our Lord, why did You not send us a messenger so we could have followed Your verses and been among the believers?’" (Quran 28:43-47)

These events in the story of Moses were related by Muhammad.  Either he witnessed them and was present there, or learned it from those who knew.  In either case, he would not be God’s prophet.  The only other possibility, rather an inescapable conclusion, is that Muhammad was taught by God Himself.

A few facts must be considered to recognize the full strength of the argument.  Muhammad did not learn from any religious scholar, there were no Jewish or Christian scholars in Mecca at the time, and he did not know any language other than Arabic.  In addition to the previous, he could neither read nor write.  No Meccan, Jew, or Christian ever claimed to be Muhammad’s teacher.  Had Muhammad learned from any source, his own companions who believed in him would have exposed him.

"Say, ‘If God had willed, I would not have recited it to you, nor would He have made it known to you, for I had remained among you a lifetime before it.  Then will you not reason?’" (Quran 10:16)

Despite their strong opposition, the unbelievers could not attribute his knowledge of the past and present to any source.  The failure of his contemporaries is sufficient proof against all later skeptics.

The Correction of Jewish and Christian Misunderstandings

Below are two examples of the Quran correcting what had undergone change in Jewish and Christian beliefs:

(1)  The Jews claim Abraham to be a Jew, the father of the Jewish nation, whereas the Christians consider him to be their father as well, as the Roman Catholic Church calls Abraham "our father in Faith" in the Eucharistic prayer called Roman Canon recited during Mass.  God responds to them in the Quran:

"O People of the Scripture, why do you argue about Abraham while the Torah and the Gospel were not revealed until after him?  Then will you not reason?" (Quran 3:65)

(2)  The Quran forcefully denies the crucifixion of Jesus, an event of immense proportions to both religions:

"And [We cursed them] for their breaking of the covenant and their disbelief in the signs of God and their killing of the prophets without right and their saying, ‘Our hearts are wrapped’ [i.e., sealed against reception].  Rather, God has sealed them because of their disbelief, so they believe not, except for a few.  And [We cursed them] for their disbelief and their saying against Mary a great slander, And [for] their saying, ‘Indeed, we have killed the Messiah, Jesus, the son of Mary, the messenger of God.’  And they did not kill him, nor did they crucify him; but [another] was made to resemble him to them.  And indeed, those who differ over it are in doubt about it.  They have no knowledge of it except the following of assumption.  And they did not kill him, for certain." (Quran 4:155-157)

First, if Islamic doctrine were borrowed from Judaism and Christianity, why did it deny crucifixion?  After all, both religions agree it took place!  For the Jews, it was Jesus the imposter who was crucified, but for Christians, it was the Son of God.  The Prophet Muhammad could have easily agreed to the crucifixion of Jesus, this giving more credit to his message.  If Islam were a false religion, an imitation of Judaism or Christianity, or if Muhammad was not true in his claim, Islam would not take an uncompromising stand on this issue and declare both religions to be outright wrong in this matter, as there is nothing as such to gain by its denial.

Second, if Islam had borrowed the myth of crucifixion from these two religions, it would have eliminated a point of major contention with them, but Islam brought the truth and could not vindicate a myth just to appease them.  It is quite possible the Jews were responsible for crucifying Jesus, for their historical transgressions against the prophets of God has been documented in the bible and the Quran alike.  But in regards to Jesus, the Quran states forcefully:

"And they did not kill him, nor did they crucify him."

How is it possible, then, to say that the Muhammad produced the Quran by information learnt from Jewish or Christian scholars when he brought ideologies uprooting their doctrine?

Third, the denial of crucifixion by itself negates other Christian beliefs:

(ii)  Burden of original sin carried by all men.

(iii) Deconstructs the myth of the cross and its veneration.

(iv) The last supper and the Eucharist.

Thus we see that the stories the Prophet, may the mercy and blessings of God be upon him, told of nations of past were not mere folklore, nor were they learnt from Jewish or Christian learned men.  Rather, they were revealed to him from above the seven heavens by the God of creation.

may Allah bless all those associated with this site.