Description: How to behave when angry, with examples from the Quran and the traditions of Prophet Muhammad. 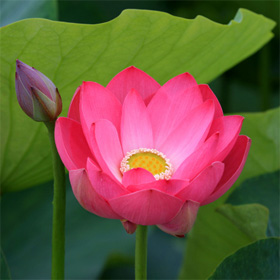 Anger is able to destroy lives and relationships and Prophet Muhammad called it a hot coal on the heart of a descendant of Adam.[1]   There is no fool proof way to completely eliminate anger because it is a natural human emotion.  Islam however gives us many examples of how to control anger and how to channel it into acceptable actions.  There are also distinct advantages to following the guidelines set out in Islam.  It pleases God, and the person controlling their anger is rewarded.  The Prophet said, “If anyone suppresses anger when he is in a position to give vent to it, God, the exalted, will call him on the Day of Resurrection and ask him to choose from the rewards offered.”[2]  He also said, “No one has swallowed back anything more excellent in the sight of God, who is Great and Glorious, than anger, seeking to please God.”[3]

Once a man came to Prophet Mohammad and said, “Messenger of God, teach me some words which I can live by.  Do not make them too much for me, in case I forget.”  He said, “Do not be angry.”[4]  Further to that in the traditions of the Prophet we are able to find many instances of how to behave when anger threatens to engulf us or burst out.   He said, “If one of you becomes angry while standing he should sit down.  If the anger leaves him, well and good; otherwise he should lie down”.[5]  The Prophet also advised us that performing ablution was an acceptable method of anger management.  He said, “Anger comes from Satan, Satan was created from fire, and fire is extinguished only with water; so when any of you is angry, he should perform ablution”.[6]

In addition the Prophet Muhammad suggested that when angry a believer could try other methods to rid himself from the influence of Satan.  He once advised a man who was angry and fighting, to seek refuge in God from the influence of Satan.  Prophet Muhammad said to his companions, “I know words that if he were to say them his anger would go away, if he said, “I seek refuge with Allah from Satan,” what he feels would go away.”[7]

Imam Ahmad recorded that Prophet Muhammad also advised that “If any of you becomes angry, let him keep silent.”  If a person is trying to be silent, it will obviously restrict his ability to fight or utter obscenities and harsh words.  In another tradition Prophet Muhammad offered a sequence of actions to defuse anger.  “If any of you becomes angry and he is standing, let him sit down, so his anger will go away; if it does not go away, let him lie down.”[8]

Thus we find that Islam offers a person several ways to control the very natural emotion of anger.  To begin with a person should change his position.  For example, if one is standing he should sit down; if he is already sitting he should lie down.  An angry person could make ablution and offer two or more extra units of prayer; or he could seek refuge in God from the angry effects Satan has over him and finally he could try to focus on the rewards God offers those who are patient, merciful and inclined to forgive rather than hold a grudge.

The Quran defines righteous people as,

“Those who spend (in God’s Cause) in prosperity and in adversity, who repress anger, and who pardon the people; verily, God loves the good-doers.” (Quran 3:134).

Prophet Muhammad himself demonstrated enormous restraint and patience when he was insulted, belittled and beaten.  As his beloved wife Aisha said, ‘His character was just (a reflection of) the Quran’.[9]

At a very difficult time in his life Prophet Muhammad went to the city of Taif hoping to find people who would listen to, and support, his message to humanity.  Instead of support he found men women and children who insulted and chased him out of town.  With his sandals covered in blood and his heart full of sadness, he prayed to God for help.  In response, the Angel of the Mountains was sent down and he asked for the Prophet’s permission to cause the mountains surrounding Taif to crumble, killing all of the city’s inhabitants.  Despite his pain and suffering something he had every right to be angry about, the Prophet’s reply was, “No, for I hope that Allah will bring forth from their progeny people who will worship God Alone, and none besides Him.”[10]

Anger management in Islam can be summed up as follows.

·        Change positions, if you are standing, sit, if you are sitting, lie down.  A person lying down cannot engage in fisticuffs or destroy property.

·        Remove yourself from the situation.  This could be likened to our modern equivalent, time out.

Previous: Anger management in Islam (part 1 of 2): Controlling Anger is a sign of Righteousness

Today, being the 2nd day of Ramadan, I wanted to start off on the right path. But I became very angry while at work. I searched for what the Quran had to say about anger. Now, I feel ashamed that I was angry. Thank you for this guidance