Belief in the Prophets: The Middle Way

Description: Islamic belief in the Prophets of God - between deification and rejection. 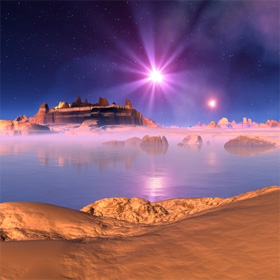 God has sent thousands of prophets to humankind. Every nation on earth received a Prophet. They all preached the same message – to worship One God, alone, without partners, sons, or daughters.  All the prophets and messengers came for the same purpose, to lead mankind to God.

The word Prophet (Nabi in Arabic) is derived from the word Naba, meaning news.  God’s message is revealed and the Prophet spreads the news amongst his people.  A Messenger, on the other hand, comes with a specific mission, usually to convey a new ordainment from God.  Every Messenger is a Prophet, but not every Prophet, is a Messenger.  The people in the time of Noah were the first to deviate from the correct worship of God as taught by Prophet Adam, thus God fulfilled His promise to Adam to send Messengers as guidance for mankind. God sent Noah, the first of His Messengers.

“On the day of Judgement, the people will come to Noah and say ‘Oh Noah, you are the first of the Messengers sent to earth, and God called you a thankful slave.’”[1]

The Quran mentions the names of 25 Prophets and indicates that there were others.  The majority of the Prophets mentioned in the Quran and the traditions of Prophet Muhammad are recognisable, and considered Prophets in both the Jewish and Christian faiths.  For instance, Noah, Abraham, Moses, and Jesus, amongst many others, all figure prominently in the pages of Quran.  Believing in all of God’s Prophets and revealed Books are two of the pillars of faith in Islam.  In fact of the three great monotheistic religions (Islam Christianity and Judaism), Islam is the only one that gives the Prophets and Messengers a place of special significance.  Disbelieving in one of the prophets is like disbelieving in all.

Muslims believe that the Torah and the (Injeel) Gospel of Jesus were originally the Word of God, but today are no longer in their pristine form. They have been altered over the course of time.  Consequently, from the texts of the previous scriptures,  Muslims believe only what has been confirmed by the Quran or the authentic traditions of Prophet Muhammad.

The Prophets and Messengers of God that we know about are all male.  They are considered to be the best in their respective communities both morally and intellectually. A Prophet’s life serves as a role model for his followers and potential followers and his personality attracts people to the message.  They are infallible in conveying the commands and message of God, however since they are humans they may make minor mistakes or forget things in worldly affairs.

The stories in the Quran teach excellent lessons and morals and demonstrate the upright and virtuous character of the Prophets.  Knowing this it is important to understand that Muslims consider some of the stories told in the Bible as slanderous and consider them examples of the true message of God being distorted in what remains of the Torah and other revealed books.  For example, Prophet Lot is reported, in the Bible to have committed incestuous fornication while drunk.  Prophet (King) David is alleged to have sent one of his leaders to his death in order to marry his wife.  From an Islamic point of view these stories are not only untrue but are inconceivable.

Islam teaches us not to deify the Prophets and Messengers, for they are human.  They are to be loved and respected, but no form of worship is to be directed towards them nor are they to be treated as demi-gods or intermediaries between humankind and God.  Jesus, son of Mary can be used as an example of how prophethood can be taken to two extremes.  The Jews rejected Jesus and refused to consider him to be the Messenger they had been waiting for.  On the other hand the Christians adulated him to divine heights that he was not entitled to.

“And (remember) when God will say (on the Day of Resurrection): "O Jesus, son of Mary! Did you say unto men: 'worship me and my mother as two gods besides God?' “He will say: "Glory be to You! It was not for me to say what I had no right (to say).  Had I said such a thing, You would surely have known it.  You know what is in my inner-self though I do not know what is in Yours; truly, You, only You, are the All-Knower of all that is hidden (and unseen).” (Quran 5:116)

God supports His Prophets with miracles that are observable and cannot be performed by ordinary people.  These miracles are granted by the power and permission of God and serve as a sign for the people to recognize that these people have been chosen by God.  For instance, at the time of Jesus, the Israelites were very knowledgeable in the field of medicine.  Consequently, the miracles Jesus performed were of this nature and included returning sight to the blind, healing lepers and raising the dead.

The Prophets and Messengers are in a sense God’s ambassadors on earth.  Their mission is to convey the message clearly.  This includes, calling the people to God, explaining the message, bringing glad tidings or warnings and directing the affairs of the nation.  Prophet Muhammad, may the mercy and blessings of God be upon him, is the final Prophet.  There is no Prophet after him.  His message is not for a particular group, tribe or nation; it is a message for all humankind - it is for all people, in all places, at all times.  Thus it is imperative to believe in Prophet Muhammad as the last of God’s Prophets.  This distinguishes Prophet Muhammad from the other Prophets and Messengers and puts him in a unique position; however Prophet Muhammad was just as anxious as all the Prophets to know that he had delivered the message clearly.  During his final sermon Prophet Muhammad asked the congregation three times whether he had delivered the message, and called on God to witness their answer, which was a resounding “yes!”

God sent the Prophets and Messengers primarily to guide humankind.  They were humans, of outstanding character, pious and trustworthy, that the people could emulate and look to for direction.  They were not gods, demi-gods or saints with divine qualities, rather they were mere mortals charged with a difficult task.  God supported them as they carried out their mission and their mission was to guide the people to the worship of the One God.

The articles explaining Islam are very interesting and accessible. They are easy for me to understand while answering complicated questions I have often wondered and prayed about. I plan to read the entire series and sure I will discover many more thought provoking insights. Thank you for making these public. I will try to answer my own questions by reading the entire website before I ask the writer my question about the acceptable names of God according to Islam. Thank you again.