Description: There are many rational reasons for believing in God.  This article will briefly explain three simple reasons for God’s existence.

Order in the Universe 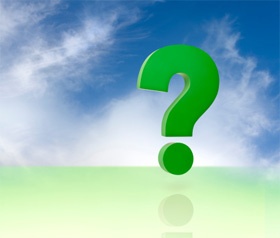 When we reflect upon the nature of our world, we see order everywhere from the water cycle to the movement of the earth around the sun.  Commenting on the order found in the universe, the physicist Stephen Hawking explains that the overwhelming impression ‘‘is one of order, the more we discover about the universe, the more we find that it is governed by rational laws.’’[1]  This observation is shared by the vast majority of scientists.

Since the universe has order and is governed by the ‘laws of science’, we should question how this order came about.  The most effective way to answer this question is to reason to the best conclusion.  Take your mobile phone for example, your phone is made of glass, plastic and metal.  Glass comes from sand, plastic comes from oil and metal is extracted from the ground.  Imagine you were walking in a desert (where there is lots of oil, sand and metals in the ground), and you found a mobile phone lying around.  Would you believe that it came together by itself? That the Sun shone, the wind blew, lightning struck, the oil bubbled to the surface and mixed with the sand and metal, and over millions of years the mobile came together by chance?

No one would believe such an explanation.  A mobile phone is clearly something that was put together in an organized way, so it would be rational to believe that it must have an organizer.  In the same way, when we see the order in the universe, isn’t it rational to say that the universe also has been organized in an amazing way by some being?

This organization is best explained by the existence of God.  God is the one who brought about the order in the universe.

Beginning of the Universe

However, according to Cosmology the universe had a beginning some 14 billion years ago with a cosmic event commonly known as the ‘Big Bang’[2].

Imagine a sniper who has just found his target and calls back to base to get permission to shoot.  The person at the base tells the sniper to hold on while they seek permission from someone else higher up.  So the guy higher up seeks permission from the guy even higher up and so on and so on.  If this goes on forever, will the sniper ever get to shoot the target?

The obvious answer is that he wouldn’t be able to shoot.  The only way the sniper can shoot is if someone gives permission without asking for anyone else’s permission.  That person would be the first cause of the sniper shooting.  In the same way, the Big Bang must have a first cause.

We can conclude that this first cause must be powerful as it brought the whole universe into existence, and it must be intelligent as it caused the ‘laws of science’ which govern the universe.  Also, this first cause must be timeless, spaceless and immaterial, because time, space and matter began at the ‘Big Bang’.  Finally, since it is uncaused it must have always existed.

All of these attributes of the first cause make up the basic concept of God.  God is the uncreated first cause of the universe.

Throughout the history of the world, the majority of people have believed in God.  There seems to be something built in the human mind that makes us want to believe.

Over the last decade some really startling facts have been found that show that children have an innate belief in God.  Dr Justin Barrett, a senior researcher at the University of Oxford Centre for Anthropology and Mind, states “The preponderance of scientific evidence for the past 10 years or so has shown that a lot more seems to be built into the natural development of children’s minds than we once thought, including a predisposition to see the natural world as designed and purposeful and that some kind of intelligent being is behind that purpose…” He adds that “If we threw a handful [of children] on an island and they raised themselves…they would believe in God”[3].  To put it simply, his answer as to why anyone would believe in God is that, our minds are designed to do so.  Disbelief in God is something which is unnatural to the human being.  Oxford University development psychologist Dr Olivera Petrovich, who is an expert in the Psychology of Religion states that, belief in God develops naturally and that “atheism is definitely an acquired position”[4].

So where did this natural belief in a creator come from?  We can’t say it is taught by society as this belief is innate, and studies show that it is independent of societal pressures and is cross-cultural[5].

The best explanation for this belief is that God has instilled it into humanity.You have just read three independent reasons why it makes sense to believe in God.  Belief in God is not only rational but it’s also part of human nature.  There are many questions raised by the existence of God, such as why is there evil and suffering in the world? Doesn’t evolution disprove God? Do we have a purpose in life? All these issues and more will be answered in future articles.

[1] Antony Flew, There Is a God: How the World’s Most Notorious Atheist Changed His Mind

[2] Derek Raine, An Introduction to Science of Cosmology (Astronomy & Astrophysics)

[3] Justin L.  Barrett, Why Would Anyone Believe in God?