Do Not Follow Heraclius (part 2 of 2): Contemporary issues and external pressures

Description: If a person believes that Islam is the truth he must convert without delay. 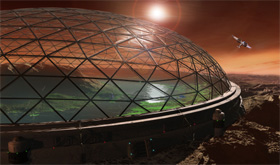 Prophet Muhammad’s dear uncle and supporter Abu Talib, and Heraclius, the Emperor of the Byzantine Empire both chose not to accept Islam.  In both cases we can be fairly certain that it was a decision they did not take lightly, however they both chose to bow to external pressures.  Instead of fearing God alone they found themselves afraid of what others would think, say or do.   Today, more than a millennium later many people find themselves in the same position.  They know or sense that Islam is the correct or true religion yet they refuse the gift that God has bestowed upon them.

There are many pressures in contemporary society that make converting to Islam a daunting issue.  External pressures can put modern day people in the same position as Abu Talib and Emperor Heraclius.  However, God does not call someone to Islam and then abandon them.  If a person knows beyond doubt that Islam is the right religion they can also be sure, beyond doubt, that God has the authority and power to continue to guide them and ease their journey.  Sometimes the mountain in front may look large and looming but what is a mountain except a part of creation totally submitted to the will of God?

“See you not that whoever is in the heavens and whoever is on the earth, and the sun, and the moon, and the stars, and the mountains, and the trees, and living creatures, and many of mankind prostrate themselves to God…” (Quran 22:18)

God makes converting to Islam easy but we, human beings, the sons and daughters of Adam have an uncanny way of making our own lives difficult and filled with obstacles that in reality do not exist.

This Quranic statement about trust is easy to say and easy to understand however when it comes to putting that complete trust into action it is not always easy.  This is for two reasons.  Of course, when a person is close to accepting Islam, Satan bombards him or her with tricks and illusions designed to lead the person away from the straight path to God.  And secondly, people who do not fully understand the nature of God tend to fear the reaction of their family, friends or colleagues.  Abu Talib was afraid that he would be thought of as a man without honour if he rejected the religion of his forefathers, and Heraclius thought he would lose his position, his power or his life.  These things are of little consequence when compared to eternal bliss or damnation, however human beings are constantly fighting a battle to detach themselves from this illusionary world.

When a person converts to Islam some big changes are bound to happen.  The transition to Islam is emotionally charged.  Each person begins to feel like a changed person and consequently begins to act differently.  Questions, thoughts and scenarios fill our minds, and Satan works overtime.  Abu Talib might have addressed the same issues, Heraclius may have wondered whether his life would be in danger if he pressed the point or revealed his intentions to follow the teachings of Muhammad.

Nowadays we ask ourselves a different series of questions but they disturb our rest just the same.   Should I dress differently? Should I tell my family? Am I still allowed to go out, drink alcohol, date? Hundreds of questions, but the reality is that these questions are really not relevant to whether a person wants to convert to Islam or not.  If a person believes Islam is the truth then he or she should convert to Islam without delay.  The details come later when a person establishes a relationship with God, when he understands the nature of our Creator.

Each person has a predetermined lifespan.  We do not know when we are going to die and the next minute might literally be our last in this world.  For this reason alone a person must not be like either Heraclius or Abu Talib.  Both men let their love of this illusionary world dictate their Hereafter.  Conversion should take place and trust in God should guide the new Muslim towards a lifelong relationship with Him.

Revealing that you are Muslim is not a condition of accepting Islam.  At the same time however we must be mindful of the changes Islam requires and ask God to ease the way.  Old habits must be broken slowly but surely and learning about the nature of God and His laws will allow each person to change into the type of person God loves.  Although becoming a Muslim is an instantaneous event becoming a better Muslim requires a good, continuous effort on the part of anyone of us.

Previous: Do Not Follow Heraclius (part 1 of 2): And the Truth is Made Clear