Societal Cohesion in Islam (part 3 of 3): Muslims and Non- Muslims

Description: The means in which cohesion may be achieved in a pluralistic society, where differences of faith may lead to friction and hostility. 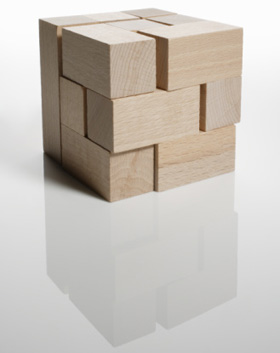 Obviously, society will not consist of Muslims alone.  Furthermore, Muslims and non-Muslims are following very different paths.  A Muslim’s life revolves entirely around the proper belief in God.  A Muslim’s attitude toward others is likewise determined by the other’s attitude toward God.  A Muslim could not possibly feel complete affinity and love toward someone who has turned his back on God, refuses to submit to God or ridicule belief in God.  It is simply not natural for there to be complete love between two such people.[1]  However, even given this possible negative feeling in the heart, a Muslim must deal with non-Muslims on the basis of just principles.  This applies to all non-Muslims—many non-Muslims are not antagonistic at all toward Muslims while others exhibit clear and unequivocal scorn and hatred toward Muslims.[2]

One of the basic principles of behavior toward non-belligerent, non-Muslims is found in the following verse of the Quran:

“God forbids you not to deal justly and kindly with those who fought not against you on account of religion and drove you not out from your homes.  Verily, God loves those who deal with equity” (Quran 60:8)

An important obligation toward disbelievers is proper and just treatment.  This is described by a well-known Muslim scholar, Shaikh ibn Baaz, who said:

“[the Muslim] may not wrong the other person with respect to his life, wealth or honor, if the non-Muslim is a citizen of the Islamic state or has attained other protection.  He must fulfill the other’s rights.  He may not wrong him with respect to his wealth by stealing from him, deceiving him or cheating him.  He cannot harm him in his body by beating or killing him.  His protection from the state guarantees his safety from such things.”[3]

A Muslim can interact with non-Muslims, buying, selling or renting from them, for example.[4]  Even on a social level, there can be interaction, such as coming together for meals and the like.  However, such interactions are, by nature, going to be limited, due to differences in societal practices and customs.  Perhaps one could say that the Muslim’s ultimate goal in his relations with non-Muslims is to bring them to Islam, thereby opening the door for there to be a complete relationship of love and brotherhood between them.  Even if the non-Muslim is antagonistic and impolite, the Muslim knows that he should repel his evil with goodness.  God says:

“The good deed and the evil deed cannot be equal.  Repel [the evil] with [a deed] that is better.  [If you do that] then verily he, between whom and you there was enmity, (will become) as though he was a close friend” (Quran 41:34)

In sum, as ibn Baaz wrote:

“It is obligatory upon Muslims to deal with disbelievers in an Islamic fashion with proper behavior, as long as they are not fighting the Muslims.  One must fulfill one’s trusts to them, must not deceive them, must not betray them or lie to them.  If there is a discussion or debate between them, one must argue with them in the best manner and be just with them in the dispute.  This is in obedience to God’s command:

“And argue not with the People of the Scriptures (Jews and Christians) unless it be in a way that is better, except with such of them as do wrong” (Quran 29:46)

It is sanctioned for the Muslim to invite them to the good, to advise them and to be patient with them at the same time being neighborly and polite with them.  This is so because God has stated:

“Invite to the way of your Lord with wisdom (of the Quran) and fair preaching, and argue with them in a way that is better” (Quran 16:125)

A Muslim vis-à-vis Society as a Whole

When a Muslim accepts to live in a certain society, he is, in essence, making a pact that with that country that he will abide by the laws of that state.  He does not have the right to violate the laws of that state simply because he is a Muslim and the state is not an Islamic state.  Thus, all of the principles of proper behavior that have been described in this chapter apply to a Muslim living wherever he may be living.  In most countries today, many things may be legal that are forbidden to a Muslim.  These legal things a Muslim simply avoids.  He should also demand his legal rights to ensure that he is not forced to do anything forbidden in Islam.  Overall though, he should be from among the law-abiding citizens.

In addition to that, a Muslim should be a plus for any society he is living in.  He should be a model citizen in many ways.  As described earlier, he should be a good neighbor.  He has the obligation to encourage what is good and prevent evil wherever he may be living.  In addition, he must avoid and oppose what most societies see as the greatest crimes, such as murder, robbery, extortion and so forth.  Furthermore, he must steer clear of alcohol or drug use, thus not burdening society as a whole with his personal weaknesses and addictions.  Finally, he must be just and fair in all of his dealings with the other members of society.

Islam recognizes the fact that it is natural for an individual to love his country and to have an affinity for that land in which he grew up.  When the Muslims were forced to migrate from Makkah, which was under the control of the polytheists, many of them expressed their love for Makkah.  Hence, it is natural for Muslims to develop a love for whatever land they happen to be in, even if the country is not an Islamic state.  It is also natural for Muslims to desire what is best for their homeland.  But, again, unfortunately, their idea as to what is best may not be shared or appreciated by others.  For example, the Muslims may wish to see an end to gambling, prostitution and pornography.  The Muslims believe that this is what is best for all the people concerned, Muslims as well as non-Muslims.  However, many non-Muslims will not share this feeling.  Therein lies the crux of the problem.  Theoretically speaking, though, in contemporary “free” societies, this should not be a problem.  Muslims should be able to hold on to their values and customs—without bringing harm to others—while the others follow the dominant culture in non-Muslim lands.  If the “free” countries are not willing to give the Muslims that much, it means that they are not willing to live up to their own ideals.  It is not that Muslims are trying to cause them harm, they are simply trying to be good citizens while living a different lifestyle than the dominant culture.

Even in pluralistic societies, Islamic teachings contribute to societal cohesion.  First, the major stumbling block to such cohesion, racism and prejudice, is removed.  Second, a strong love and bond is created between those of the Islamic faith.  Third, clear and decisive instructions of just and proper behavior are given for treatment with those outside of the bond of faith.  Fourth, the Muslim understands his responsibility towards those around him and therefore contributes to the good of all, further enhancing good feelings and cohesion within society.

[1] This fact is true for secularists as well. Many of those on the left side of the political scale feel true scorn and enmity toward those on the right, and vice-versa.

[2] There are times in which Islamic states may go to war with non-Muslim states. Such conditions of belligerency are not uncommon in the history of humankind and do not necessarily imply the impossibility of some cooperation in the future. In fact, European states constantly fought each other, sometimes for a hundred years’ time, and yet today they all belong to the European Union. A state of belligerency will affect the relationship between such Muslims and non-Muslims. However, that is not the normal case in the world today. Thus, a discussion of those cases is beyond the scope of this work.

[4] Issues concerning non-Muslim relatives or non-Muslim neighbors have already been touched upon.