Description: Over a billion people from all races, nationalities and cultures – this part gives an introduction to who Muslims are and their contribution to the world. 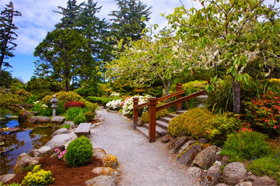 Muslims come from all races, nationalities and cultures across the globe. They have varied languages, foods, dress, and customs; even the way they practice may differ. Yet they all consider themselves to be Muslim.

Less than 15% of Muslims live in the Arab world; a fifth are found in Sub-Saharan Africa; and the world’s largest Muslim community is in Indonesia. Substantial parts of Asia, and almost all Central Asian republics, are Muslims. Significant Muslim minorities are found in China, India, Russia, Europe, North America and South America.

Over a billion people from all races, nationalities and cultures across the globe are Muslims-from the rice farms of Indonesia to the desert heart of Africa; from the skyscrapers of New York to the Bedouin tents in Arabia.

How did the spread of Islam affect the World?

The Muslim community continued to grow after Prophet Muhammad’s death. Within a few decades, vast numbers of people across three continents-Africa, Asia and Europe- had chosen Islam as their way of life.

One of the reasons for the rapid and peaceful spread of Islam was the purity of its doctrine-Islam calls for faith in only One God. This, coupled with the Islamic concepts of equality, justice and freedom, resulted in a united and peaceful community. People were free to travel from Spain to China without fear, and without crossing any borders.

Many Muslims scholars traveled to these cities seeking knowledge. They translated into Arabic volumes of philosophical and scientific works from Greek and Syriac languages (the languages of Eastern Christian scholars), from Pahlavi (the scholarly language of Pre-Islamic Persia), and from Sanskrit (an ancient Indian language). As a result, Arabic became the language of worldly scholarship, and people migrated from all over the world to study in the Muslim Universities.

By 850, most of the philosophical and scientific works of Aristotle; much of Plato and the Pythagorean School; and the major works of Greek astronomy, mathematics and medicine such as the Almagest of Ptolemy, the Elements of Euclid, and the works of Hippocrates and Galen, were all rendered into Arabic. For the next 700 years, Arabic became the most important scientific language of the world and the repository of much of the wisdom and the sciences of antiquity.

The achievement of scholars working in the Islamic tradition went far beyond translation and preservation of ancient learning. These scholars built upon the ancient heritage with their own scientific advances. These advancements were a direct cause of the Renaissance in Europe.

Muslims excelled in art, architecture, astronomy, geography, history, language, literature, medicine, mathematics and physics. Many crucial systems such as algebra, the Arabic numerals, and the very concept of the zero (vital to the advancement of mathematics), were formulated by Muslim scholars and shared with medieval Europe. Muslims invented sophisticated instruments that made future European voyages of discovery possible: the astrolabe, the quadrant, and detailed navigational maps and charts.

Muslims have always had a special interest in astronomy. The moon and the sun are of vital importance in the daily life of every Muslim. By the moon, Muslims determine the beginning and the end of the months in their lunar calendar. By the sun the Muslims calculate the times for prayer and fasting. It is also by means of astronomy that Muslims can determine the precise direction of the Qiblah, to face the Ka'bah in Makkah, during prayer.

The Quran contains many references to astronomy.

"And it is He who created the night and the day and the sun and the moon; all [heavenly bodies] in an orbit are swimming." (Quran 21:33)

These references, and the injunctions to learn, inspired the early Muslim scholars to study the heavens. They integrated the earlier works of the Indians, Persians and Greeks into a new synthesis. Ptolemy's Almagest (the title as we know it is Arabic) was translated, studied and criticized. Many new stars were discovered, as we see in their Arabic names - Algol, Deneb, Betelgeuse, Rigel, Aldebaran. Astronomical tables were compiled, among them the Toledan tables, which were used by Copernicus, Tycho Brahe and Kepler. Also compiled were almanacs - another Arabic term. Other terms from Arabic are zenith, nadir, albedo, azimuth.

Muslim astronomers were the first to establish observatories, like the one built at Mugharah and they invented instruments such as the quadrant and astrolabe, which led to advances not only in astronomy but in oceanic navigation, contributing to the European age of exploration.