Satanism (part 2 of 2): Dealing with the Devil 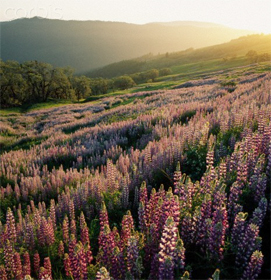 In 2004 the Justice Minister of Cyprus warned of the dangers of occultism and neo Satanism in European society.  In 2010 six Russian Satanists were jailed for ritual sacrifice when they were found guilty of dismembering and eating several teenage victims.  Examples of evil and predatory behaviour abound, yet the majority of humankind, particularly in the West, are prone to dismiss the role Satan plays in these scenarios.

The Satanic Bible written and edited by Anton LaVey is a collection of essays, observations, and rituals.   It contains the core principles of the religion of Satanism, and is considered the foundation of its philosophy and dogma.  The Nine Satanic statements are little more than excuses for immoral hedonistic behaviour.   For example, “Satan represents all of the so-called sins, as they all lead to physical, mental, or emotional gratification.”  A believer would easily see the deception in such statements.  However those who are not aware of God’s love for humankind might be tempted to follow their perverse guidelines.  Since the dawn of time God has sent prophets and messengers to reveal His love and show the right way that benefits humankind, however, humankind is prone to fall victim to his own desires and whims.  Satan is well aware of this and books such as Anton LaVey’s Satanic Bible are welcomed by him.

As we know, these modern Satanists bear little resemblance to the myths created by the Catholic Church, however by following the nine satanic statements, or gathering in groups to affirm admiration for Satan and all he stands for, men and women are leaving themselves open to being completely overcome or over taken by Satan himself.  The satanic dabblers mentioned in the previous article are also putting themselves into a precarious position.

Satan (the devil, Lucifer etc) is a jinn, a creature from the unseen.   He is full of despair because he has been denied God’s Mercy and has therefore vowed not to inhabit the depths of Hell alone; his wish is to take as many human beings with him as he can.  God warns us against the enmity of Satan throughout the Quran.   Satan is able to deceive, misguide and trick people and is able to make sin look like a gateway to Paradise.  Unless a person is careful he or she can be easily mislead and therein lays the danger of groups, cults or religions that attach themselves to Satan or Satanism.

The people who take Satan as a friend or supporter will soon learn that he will betray them and lead them to destruction.  Next he leaves them altogether; he forsakes them and rejoices in their misfortune.  He encourages them to abandon their morals and values, and even encourages crimes such as murder, stealing and pedophilia.  People who experiment with satanic worship are particularly vulnerable to his wicked ways; Satan will lead them to the most awful places, physically and emotionally, and then abandon them.

We have discovered that Satanism exists in many forms.  The most well-known is the Church of Satan, there are also other splinter groups that engage in some degree of Satanic worship. Believing in or practicing fortune-telling, communicating with the 'dead' and other such practices are the tools of Satan and he delights in their use.  They are Satan’s clever recruiting tools, designed to lead many into actual Satan worship.  Satanic worship is usually labeled very deceptively or even glamorized in block-buster Hollywood movies; one may not realize at times that a certain ritual is indeed a Satanic one!. One should be particularly careful of things that are labelled as “getting back to nature” or as “fun”.  It might seem like fun to read your horoscope or play with a Ouija Board, but it is also opening a door to the devil, inviting him into our hearts and minds and allowing him to wreak havoc there.

Satanism is really a war, and for the most part Satan is winning because we, the modern people of the 21st century, have all but ceased to believe in his existence, even to the extent of using his name to gain publicity and notoriety.  Strangely many of these people take Satan as their supporter or friend.  They both knowingly and unknowingly follow in his footsteps and accept his ideas even though he is their primary enemy who wants nothing less than to destroy them completely in both this life and the next.  How irrational it is to take one's fiercest enemy as one's friend.   Many of these people are criminally insane or down right evil, others are merely gullible and uneducated without the weapons to defend themselves.

God however has not left us defenseless in this war.  He has provided us with much needed information about our greatest enemy.  If we read and understand God’s warnings we would easily see Satanism as a deceitful trick perpetrated by Satan himself and human beings with little or no sense.  From the Quran and the authentic traditions of Prophet Muhammad, may the mercy and blessings of God be upon him, we are able to gain the much needed information about Satan’s motives and methods.  God has given us this means to protect ourselves, and with it the weapons to resist and fight this ceaseless war waged by Satan and his cohorts.  More information can be found in the series of articles on this website entitled Are we Alone?

Previous: Satanism (part 1 of 2): What do Satanists believe?