Where is the “Christ” in “Christianity?”

Description: Does Christianity actually follow the teachings of Jesus and the early apostles? 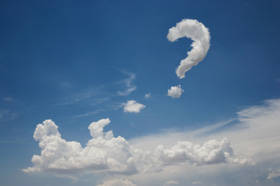 Religious scholars have long attributed the tenets of Christian faith more to Paul’s teachings than to those of Jesus.  But as much as I would like to jump into that subject, I think it best to back up and take a quick, speculative look at the Old Testament.

The Old Testament teaches that Jacob wrestled with God.  In fact, the Old Testament records that Jacob not only wrestled with God, but that Jacob prevailed (Genesis 32:24-30).  Now, bear in mind, we’re talking about a tiny blob of protoplasm wrestling the Creator of a universe 240,000,000,000,000,000,000,000 miles in diameter, containing over a billion galaxies of which ours—the Milky Way Galaxy—is just one (and a small one, at that), and prevailing?  I’m sorry, but someone was a couple pages short of a codex when they scribed that passage.  The point is, however, that this passage leaves us in a quandary.  We either have to question the Jewish concept of God or accept their explanation that “God” does not mean “God” in the above verses, but rather it means either an angel or a man (which, in essence, means the Old Testament is not to be trusted).  In fact, this textual difficulty has become so problematic that more recent Bibles have tried to cover it up by changing the translation from “God” to “man.”  What they cannot change, however, is the foundational scripture from which the Jewish Bible is translated, and this continues to read “God.”

Unreliability is a recurring problem in the Old Testament, the most prominent example being the confusion between God and Satan!  II Samuel 24:1 reads:

“Again the anger of the LORD was aroused against Israel, and He moved David against them to say, ‘Go, number Israel and Judah.’”

However, I Chronicles 21:1 states: “Now Satan stood up against Israel, and moved David to number Israel.”

Uhhh, which was it?  The Lord, or Satan?  Both verses describe the same event in history, but one speaks of God and the other of Satan.  There is a slight (like, total) difference.

Christians would like to believe that the New Testament is free of such difficulties, but they are sadly deceived.  In fact, there are so many contradictions that authors have devoted books to this subject.  For example, Matthew 2:14 and Luke 2:39 differ over whether Jesus’ family fled to Egypt or Nazareth.  Matthew 6:9-13 and Luke 11:2-4 differ over the wording of the “Lord’s Prayer.”  Matthew 11:13-14, 17:11-13 and John 1:21 disagree over whether or not John the Baptist was Elijah.

These are only a few of a long list of scriptural inconsistencies, and they underscore the difficulty in trusting the New Testament as scripture.  Nonetheless, there are those who do trust their salvation to the New Testament, and it is these Christians who need to answer the question, “Where is the ‘Christ’ in ‘Christianity?’  “This, in fact, is a supremely fair question.  On one hand we have a religion named after Jesus Christ, but on the other hand the tenets of orthodox Christianity, which is to say Trinitarian Christianity, contradict virtually everything he taught.

I know, I know—those of you who aren’t screaming “Heretic!”  are gathering firewood and planting a stake.  But wait.  Put down the high-powered rifle and listen.  Trinitarian Christianity claims to base its doctrines on a combination of Jesus’ and Paul’s teachings.  The problem is, these teachings are anything but complementary.  In fact, they contradict one another.

For these reasons, many scholars consider Paul the main corrupter of Apostolic Christianity and Jesus’ teachings.  Many early Christian sects held this view as well, including the second-century Christian sects known as “adoptionists”– “In particular, they considered Paul, one of the most prominent authors of our New Testament, to be an arch-heretic rather than an apostle.”[2]

“What Paul proclaimed as ‘Christianity’ was sheer heresy which could not be based on the Jewish or Essene faith, or on the teaching of Rabbi Jesus.  But, as Schonfield says, ‘The Pauline heresy became the foundation of Christian orthodoxy and the legitimate church was disowned as heretical.’ … Paul did something that Rabbi Jesus never did and refused to do.  He extended God’s promise of salvation to the Gentiles; he abolished the law of Moses, and he prevented direct access to God by introducing an intermediary.”[3]

“Paul’s view was not universally accepted or, one might argue, even widely accepted …. Even more striking, Paul’s own letters indicate that there were outspoken, sincere, and active Christian leaders who vehemently disagreed with him on this score and considered Paul’s views to be a corruption of the true message of Christ ….  One should always bear in mind that in this very letter of Galatians Paul indicates that he confronted Peter over just such issues (Gal. 2:11-14).  He disagreed, that is, even with Jesus’ closest disciple on the matter.”[4]

Commenting on the views of some early Christians in the Pseudo-Clementine literature, Ehrman wrote:

“Paul has corrupted the true faith based on a brief vision, which he has doubtless misconstrued.  Paul is thus the enemy of the apostles, not the chief of them.  He is outside the true faith, a heretic to be banned, not an apostle to be followed.”[5]

Others elevate Paul to sainthood.  Joel Carmichael very clearly is not one of them:

“We are a universe away from Jesus.  If Jesus came “only to fulfill” the Law and the Prophets; If he thought that “not an iota, not a dot” would “pass from the Law,” that the cardinal commandment was “Hear, O Israel, the Lord Our God, the Lord is one,” and that “no one was good but God”….What would he have thought of Paul’s handiwork! Paul’s triumph meant the final obliteration of the historic Jesus; he comes to us embalmed in Christianity like a fly in amber.”[6]

“Hence the faith in Christ as held by the primitive churches and by Paul was something new in comparison with the preaching of Jesus; it was a new type of religion.”[7]

A new type of religion, indeed.  And hence the question, “Where is the ‘Christ’ in ‘Christianity?’  “If Christianity is the religion of Jesus Christ, where are the Old Testament laws and strict monotheism of the Rabbi Jesus’ Orthodox Judaism?  Why does Christianity teach that Jesus is the son of God when Jesus called himself the “son of Man” eighty-eight times, and not once the “son of God?”  Why does Christianity endorse confession to priests and prayers to saints, Mary and Jesus when Jesus taught his followers:

And who appointed a pope?  Certainly not Jesus.  True, he may have called Peter the rock upon which he would build his church (Matthew 16:18-19).  However, a scant five verses later, he called Peter “Satan” and “an offense.”  And let us not forget that this “rock” thrice denied Jesus after Jesus’ arrest—poor testimony of Peter’s commitment to the new church.

Is it possible that Christians have been denying Jesus ever since?  Transforming Jesus’ strict monotheism to the Pauline theologians’ Trinity, replacing Rabbi Jesus’ Old Testament law with Paul’s “justification by faith,” substituting the concept of Jesus having atoned for the sins of mankind for the direct accountability Jesus taught, discarding Jesus’ claim to humanity for Paul’s concept of Jesus having been divine, we have to question in exactly what manner Christianity respects the teachings of its prophet.

If you answered, “Islam,” you would be right.  And in this manner, we find the teachings of Jesus Christ better exemplified in the religion of Islam than in Christianity.  This suggestion, however, is not meant to be a conclusion, but rather an introduction.  Those who find their interest peaked by the above discussion need to take the issue seriously, open their minds and then … read on!

[1] Jesus Christ was one more prophet in the long line of prophets sent to the astray Israelites. As he so clearly affirmed, “I was not sent except to the lost sheep of the house of Israel.” (Matthew 15:24) When Jesus sent the disciples out in the path of God, he instructed them, “Do not go into the way of the Gentiles, and do not enter a city of the Samaritans. But go rather to the lost sheep of the house of Israel.” (Matthew 10:5-6) Throughout his ministry, Jesus was never recorded as having converted a Gentile, and in fact is recorded as having initially rebuked a Gentile for seeking his favors, likening her to a dog (Matthew 15:22-28 and Mark 7:25-30). Jesus was himself a Jew, his disciples were Jews, and both he and they directed their ministries to the Jews. One wonders what this means to us now, for most of those who have taken Jesus as their ‘personal savior’ are Gentiles, and not of the “lost sheep of the house of Israel” to whom he was sent.

Great Article! very informative and has answered many many Questions!