Description: From a Muslim convert to all seekers of truth. 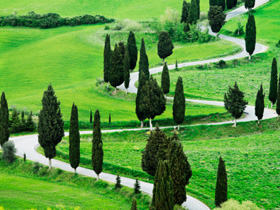 Let’s talk frankly.  Almost never do non-Muslims study Islam until they have first exhausted the religions of their exposure.  Only after they have grown dissatisfied with the religions familiar to them, meaning Judaism, Christianity and all the fashionable “-isms”—Buddhism, Taoism, Hinduism (and, as my young daughter once added, “tourism”)—do they consider Islam.

Perhaps other religions do not answer the big questions of life, such as “Who made us?”  and “Why are we here?”  Perhaps other religions do not reconcile the injustices of life with a fair and just Creator.  Perhaps we find hypocrisy in the clergy, untenable tenets of faith in the canon, or corruption in the scripture.  Whatever the reason, we perceive shortcomings in the religions of our exposure, and look elsewhere.  And the ultimate “elsewhere” is Islam.

Now, Muslims would not like to hear me say that Islam is the “ultimate elsewhere.”  But it is.  Despite the fact that Muslims comprise one-fourth to one-fifth of the world’s population, non-Muslim media smears Islam with such horrible slanders that few non-Muslims view the religion in a positive light.  Hence, it is normally the last religion seekers investigate.

Another problem is that by the time non-Muslims examine Islam, other religions have typically heightened their skepticism: If every “God-given” scripture we have ever seen is corrupt, how can the Islamic scripture be different?  If charlatans have manipulated religions to suit their desires, how can we imagine the same not to have happened with Islam?

The answer can be given in a few lines, but takes books to explain.  The short answer is this: There is a God.  He is fair and just, and He wants us to achieve the reward of paradise.  However, God has placed us in this worldly life as a test, to weed out the worthy from the unworthy.  And we will be lost if left to our own devices.  Why?  Because we don’t know what He wants from us.  We can’t navigate the twists and turns of this life without His guidance, and hence, He has given us guidance in the form of revelation.

So we should expect preceding scriptures to be corrupted, and we should expect the final revelation to be pure and unadulterated,for we cannot imagine a loving God leaving us astray.  What we can imagine is God giving us a scripture, and men corrupting it; God giving us another scripture, and men corrupting it again … and again, and again.  Until God sends a final revelation He promises to preserve until the end of time.

So don’t trust me—trust our Creator.  Read the Quran, read books and study good websites.  But whatever you do, get started, take it seriously, and pray for our Creator to guide you.

Your life may not depend on it, but your soul most definitely does.

mashallah that nice and simple may Allah bless you all insahallah

hey, this's so nice article from You, I like it, Allah bless You

this is the best website for gaining the knowlege regarding the islam and also a great source to inviting the muslim and non muslim inorder to know more about the islam.

Hi your article is very open and clear. I am a Muslim too and I totally agree that people misunderstand this wonderful religion.

This article is very true. I have explored Baptist, Catholic, Buddhism and Johovas Witnesses and I was not able to find myself within those religions.

This is the most positive piece of writing I have read in a long time. I am new to learning about what Islam represents but I am an open book and ready to learn everything out there. In time I hope that I will become the type of Muslim who is proud of what I am and what my religion stands for. I need something to believe in and strongly believe that Islam is what has been missing. Thank you so much for this.

Alhamdulillah! This is the best website ever read. Is very very educative and informative! And I hope InshaAllah it will bring an end to all sort of misconceptions about Islam. May Allah rewards u aboundantly!!!

This is a good web.I'm Muslim.and I prefer to all of people in the different country to accept the religion of Islam.because it is the best religion that I have seen.thank you from this website.

What struck me about this article is how similar it is to my experience. I was a Catholic, then a Buddhist, then an Agnostic explored Quakerism. All had something missing. I see myself as a seeker exploring Islam.

Islam is the best, perfect and peaceful religion in the world.

Thanks for the encouragement!

I just love how you say don't trust me trust our creator...

Thanks it is a good adverse.