The Cohesive Nature of the Family (part 1 of 4): Introduction

Description: An introduction to how Islam ensures the cohesiveness of the institution of the family in Islam, with its first and foremost constituents, the parents. 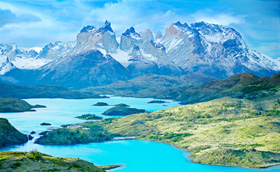 God says in the Quran—in a passage that the Prophet, may the mercy and blessings of God be upon him, used to repeat often when he would begin his speeches:

“O mankind!  Be dutiful to your Lord, Who created you from a single person, and from him He created his wife, and from them both He created many men and women and fear God through Whom you demand your mutual (rights), and (do not cut the relations of) the wombs (kinship).  Surely, God is Ever an All-Watcher over you” (Quran 4:1)

The family is the nucleus of society as a whole.  If the family is on a sound foundation, it is more likely that society as a whole will be in a good state.  Thus, in general, the messengers of God, the prime examples for humans, adhered to this institution of marriage and family.  God states,

“Verily, We have sent messenger before you and appointed for them spouses and children…” (Quran 13:38)

The Prophet Muhammad also established marriage as his way of life, saying:

“By God, I am the most fearful of God of you and I have the most piety; however, I fast and break my fast, pray [at night] and sleep and I marry women.  Whoever turns away from my sunnah[1] is not of me.” (Saheeh Al-Bukhari, Saheeh Muslim)

Undoubtedly, Islam puts a great emphasis on family relations and cohesion.  Scholars of Islamic Law have noted that when one studies the laws found in Islam and what seems to be the wisdom behind them, one finds that they have been laid down to establish, protect, reinforce and perpetuate specific necessities of life.  The necessities of life as envisioned by Islamic Law are:

Thus, for example, one need only ponder over the stringent laws related to the preservation of the sanctity of the family to understand the great emphasis that Islam places on the family.  In the “modern West,” nowadays, for example, adultery and other acts that strike at the very foundation of a family are not considered crimes.[2]  In Islam, the situation is very different.  Islam exhorts all the members of a family to treat each other well while avoiding promiscuous acts that are evil in themselves and harmful to any marriage.  God says, for example:

“And come not near to the unlawful sexual intercourse.  Verily, it is a greatly lewd act, and an evil way.” (Quran 17:32)

However, these exhortations are not simply hollow words.  Instead, they are also backed up with the force of law for some of the most egregious acts that cannot be overlooked.  Thus, God commands:

“The woman and the man guilty of illegal sexual intercourse, flog each of them with a hundred stripes.  Let not pity withhold you in their case, in a punishment prescribed by God, if you believe in God and the Last Day.  And let a party of the believers witness their punishment.” (Quran 24:2)

Pity is not allowed to overrule what must be done, because in the end, that pity—and pity is something which drives someone to do good to others—will lead to evil results.  Furthermore, in a saying of the Prophet recorded by al-Bukhari and Muslim, it is confirmed that the he ordered stoning to death for the adulterer.  In fact, Islam goes well beyond that to protect the sanctity of the family: those who falsely accuse chaste women of such evil deeds are also to receive severe punishments.  God says:

“And those who accuse chaste women, and produce not four witnesses, flog them with eighty stripes, and reject their testimony forever, they indeed are the disobedient to God.” (Quran 24:4)

In particular, God offers guidance to humankind concerning behavior with all of the members of the family.  For the sake of brevity, this short article shall prevent an overview of the proper behavior of a Muslim toward the other members of his family, including parents, children, spouses and other relatives.

God has demanded that Muslims treat their parents in the best possible fashion.  Muslims must be grateful people.  They must be grateful to God and to all who do them well.  After God, there is perhaps no one who deserves a person’s gratitude more than his parents.  Thus, numerous verses of the Quran touch upon the question of the treatment of parents.  Indeed, in more than one place, God has closely tied good behavior towards parents with the command to worship Him alone.  Note, for example, the following verse of the Quran:

“Worship God and join none with Him in worship, and do good to parents, kinsfolk, orphans, the poor, the neighbour who is near of kin, the neighbour who is a stranger, the companion by your side, the wayfarer (you meet), and those (slaves) whom your right hands possess. Verily, Allah does not like such as are proud and boastful” (Quran 4:36)

“Say (O Muhammad): Come, I will recite what your Lord has prohibited you from: Join not anything in worship with Him; be good and dutiful to your parents…” (Quran 6:151)

“And your Lord has decreed that you worship none but Him.  And that you be dutiful to your parents.  If one of them or both of them attain old age in your life, say not to them a word of disrespect, nor shout at them but address them in terms of honor.  And lower unto them the wing of submission and humility through mercy, and say: ‘My Lord!  Bestow on them Your Mercy as they did foster me when I was small.’  Your Lord knows best what is in your inner-selves.  If you are righteous, then, verily, He is Ever Most Forgiving to those who turn unto Him again and again in obedience, and in repentance.” (Quran 17:23-25)

“And (remember) when We took a covenant from the Children of Israel, (saying): Worship none but God (Alone) and be dutiful and good to parents…” (Quran 2:83)

The Prophet also emphasized good treatment of one's parents, putting it after prayer in its proper time as a deed that is most beloved to God: The Prophet was asked:

“What deed is the most beloved to God?”  He replied, “Prayer in its proper time.”  He was asked, “Then what deed?”  He replied, “Being dutiful to one’s parents…” (Saheeh Al-Bukhari, Saheeh Muslim)

God reminds the believers that their parents, in particular the mother, went through a great deal of hardship and effort to raise their child and therefore they are deserving of love, respect and gratitude in return.  God says:

“And (remember) when Luqman said to his son when he was advising him, ‘O my son!  Join not in worship others with God.  Verily!  Joining others in worship with God is a great wrong indeed.’  And We have enjoined on man (to be dutiful and good) to his parents.  His mother bore him in weakness and hardship upon weakness and hardship, and his weaning is in two years give thanks to Me and to your parents, unto Me is the final destination.” (Quran 31:13-14)

“And We have enjoined on man to be dutiful and kind to his parents.  His mother bears him with hardship and she brings him forth with hardship, and the bearing of him, and the weaning of him is thirty months, till when he attains full strength and reaches forty years, he says: ‘My Lord!  Grant me the power and ability that I may be grateful for Your Favor which You have bestowed upon me and upon my parents, and that I may do righteous good deeds, such as please You, and make my off-spring good.  Truly, I have turned to You in repentance, and truly, I am one of the Muslims (submitting to Your Will).’” (Quran 46:15)

Thus, in particular, the mother is deserving of the greatest friendship and closeness from her children.  The Prophet was once asked:

[2] In 1969, an English judge told a plaintiff who complained about his wife’s behavior with a friend of his that his thinking was old-fashioned and that he has to realize that he is now living in 1969.  [That story was quoted in Yoosuf al-Aalim, Al-Maqaasid al-Aaammah li-l-Shareeah al-Islaamiyyah (Riyadh: International Islamic Publishing House, 1994), p. 397.] Today, there are countless disputes between husbands and wives wherein the husband denies that the children they have in their household are his, causing hatred, friction and destruction in the marriage.  One can rightfully ask: Is this how a “modern, civilized” marriage or family is supposed to be?

Next: The Cohesive Nature of the Family (part 2 of 4): The Role of Husband and Wife

Mashallah, I'm a parent of two and i learned more with this articles and share them with my family parents and sons. It's of great help. It's actually the best educational material I found on the web. This site was suggested to me by a friend and i'm grateful to Allah that guided me to it. salam