Arrogance and Tyranny will not Remain Unpunished 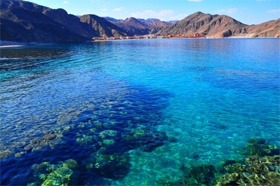 The Quran is a book of guidance.  It is a road map to success and eternal happiness, a gift from the Creator to the creation.  It is a book full of signs; God calls them evidences, proofs and lessons.  They prove the existence of God and warn humankind of a Day of Judgement, when each one of us will stand before God weighed down, or held high, by our deeds.

“So this day We shall deliver your (dead) body (out from the sea) that you may be a sign to those who come after you! And verily, many among mankind are heedless of Our signs.” (Quran 10:92)

When Pharaoh had power, wealth, good health and strength he refused to acknowledge God.  He denied the signs and condemned himself.  At the last minute, as the waves crashed over him and his heart constricted in fear, Pharaoh acknowledged God.  Pharaoh’s arrogance fell away, but alas it was too late, he saw death approaching and cried out to God with fear and horror.  Renowned Islamic scholar Ibn Kathir describes Pharaoh’s death.

“The curtain fell on Pharaoh’s tyranny, and the waves threw his corpse up to the western seashore.  The Egyptians saw him and knew that the god whom they worshipped and obeyed was a mere man who could not keep death away from his own neck.”

God calls it a sign for those “who come after”

Many of the Pharaoh’s of Egypt behaved as if they were gods.  If a Pharaoh reigned for thirty years there was a ceremony called a Sed festival where the king was officially turned into a god.  Many Pharaoh’s especially those who reigned during what is known as the Second Kingdom built numerous monuments and statues to themselves.  Some, particularly Amenhotep III and Ramses II wanted to leave a mark, a reminder of their great strength, wealth and divinity.

(God said to Moses), “Go to Pharaoh; verily he has transgressed all bounds (he is arrogant and too proud and has refused to believe in God).  And say to him: “Would you purify yourself (from the sin of disbelief by becoming a believer)?” (Quran 79: 17 & 18)

Then he (Pharaoh) gathered his people and cried aloud, “I am your lord, most high.  “So God seized him with punishment for his last and first transgression.  Verily, in this is an instructive admonition for whosoever fears Allah. (Quran 79: 24 & 25)

The Pharaohs of Ancient Egypt were known for their excesses, their beliefs in multiple gods and at times their cruelty and oppression of slaves, and ordinary citizens.  When a human being believes himself to be a god, he is arrogant and tyrannical, yet as in this case of the Pharaoh of Moses (whoever he may, or may not have been) who was at the height of his arrogance, God was still willing to forgive him.  He sent sign after sign and proof after proof of His existence, but Pharaoh chose to live as if there was no tomorrow.  Pharaoh chose to reject the offer of forgiveness and for him and those like him, there is always a tomorrow and inevitably a judgement.

Go you and your brother with My signs and do not, you both, slacken and become weak in My Remembrance.  Go, both of you, to Pharaoh, verily he has transgressed (all bounds in disbelief and disobedience and behaved as an arrogant and as a tyrant).  And speak to him mildly, perhaps he may accept admonition or fear (God). (Quran 20: 43&44)

The signs sent by God to Pharaoh were meant to be a reminder, but he rejected those signs out of his arrogance and became one of the losers.

We are able to look at the preserved body of a Pharaoh, any pharaoh, and be reminded of God’s words.  We can also look at the behaviour of people today, who behave as if they were 21st century pharaohs and remember how God punished the pharaohs of the past.  The end result of Pharaoh is a reminder for all of humankind.

It reminds us that those who knowingly choose not to worship God in the manner He rightly deserves, risk never being guided to the right path.  How many signs will God send?  One, one million? Is it worth giving up eternal bliss for moments of happiness based on arrogance and ego? In the Hall of Mummies, in the Cairo Museum lie a group of men and women who just may have discovered the answer.