Description: A brief look at the traditions of Prophet Muhammad and how they are evidence of the truth of Islam. 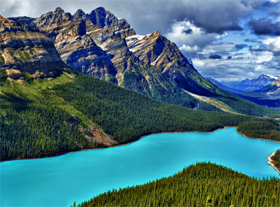 A very insightful person once said that if we want to establish the truth of the religion Muhammad bought to all humankind , we should first gather all the reliable sources, namely the Quran and then authentic traditions; after a thorough study and evaluation what is left, is Islam.  In our series of articles we have so far learned that asking logical questions leads us to logical answers.  By doing this we have discovered the miraculous nature of the Quran, including the advanced scientific knowledge contained therein and the sublime linguistic nature of Quran.   We also discovered that the words of Quran have remained unchanged, from the moment they were revealed to the Prophet Muhammad almost 1500 years ago, until now.  Thus logic tells us that Quran, one of the two primary sources of Islam was written by no earthly source.   We will now look at the other primary source of Islam, the Sunnah, or the authentic traditions of Prophet Muhammad.

The first question that needs careful contemplation is whether or not Prophet Muhammad was a prophet of God.  More than 1.5 billion Muslims, believe without doubt that he was, however those searching for evidence of the truth of Islam may need proof.  The most obvious place to find proof is in the authentic traditions of Prophet Muhammad, known as the Sunnah.   The sayings, actions, habits and silent approvals of one of history’s most observed men.

Many people have claimed that Muhammad declared himself a Prophet for fame and glory.  If we look into the authentic traditions, meticulously recorded for posterity, we find that Prophet Muhammad’s call to Islam actually stripped him of the fame and glory he already possessed.  Before the Quran was revealed to him, and before he became God’s messenger Muhammad was a member of the most influential tribe in Mecca.   In his own right he was known in Mecca and surrounds as the most trustworthy man among all the tribes.  After announcing his Prophethood Muhammad and his followers became social outcasts.

In authentic traditions and biographies we learn that Prophet Muhammad and the new Muslim community were persecuted and even tortured.   Sanctions were enforced and families disowned their own sons and daughters, leaving many to be beaten and starved by the more aggressive members of Meccan society.  Muhammad’s followers came from all social ranks, from slaves to wealthy traders and entrepreneurs.  Within a short space of time many people including Prophet Muhammad, had lost respect, status and wealth.  Muhammad’s claim to Prophethood was not for fame or glory.  Prophet Muhammad said, “By God, if they place the sun in my right hand and the moon in my left hand to leave this matter i would not leave it, until God makes it apparent or until I am killed calling people to it”.[1]

Nor was it for status or wealth.  The Meccan elders offered Prophet Muhammad money and prestige to renounce his call to Islam.  They even offered to make him the leader of all the tribes and clans yet he consistently refused even when they said, “If you are doing all this with a view to getting wealth, we will join together to give you greater riches than any Quraishite has possessed.  If ambition moves you, we will make you our chief.  If you desire kingship we will readily offer you that”.[2] Muhammad’s claim to prophet hood was not for wealth or status.  The traditions of Prophet Muhammad give us an insight into his life.  We are able to see and understand the life of a man of God.  Every moment of his life was a preparation for his coming prophet hood and this is obvious to all those who believe in God.

Researching the miracles of Prophet Muhammad in both the traditions and the Quran, is a logical step that often convinces those from a Christian or Jewish background of the truth of Islam.  Prophet Muhammad is the last in a long line of recognisable prophets.  Noah, Abraham Moses, and Jesus are all Prophets of Islam and a Muslim is required to believe in all of them.  God gave Prophet Muhammad to the world to complete His message not destroy it.  For many Islam fills in the gaps and reawakens faith.

“I am the nearest of all the people to the son of Mary, and all the prophets are paternal brothers, and there has been no prophet between me and him (Jesus).” Prophet Muhammad.[3]

“Those to whom We gave the Scripture (Jews and Christians) recognise him (Muhammad) as they recognise their sons.” (Quran 2:146)

God supported His Prophets with miracles that are observable and they serve as a sign of a true Prophet.   At the time of Jesus, the Israelites were very knowledgeable in the field of medicine.   Consequently, the miracles Jesus performed (by the permission of God) were of this nature and included returning sight to the blind, healing lepers and raising the dead.   Prophet Muhammad’s major miracle was the Quran.  As mentioned earlier, even those who did not believe in Muhammad’s message knew the Quran to be literature beyond compare.  The traditions of Prophet Muhammad contain many other miracles including water flowing from his fingers and trees deliberating shading him.   Researching these events is certainly one way to confirm the truth of Islam.

Perhaps, finding clear evidence is not quite so easy for those from non monotheistic faiths or with no religious inclinations at all.  However, following our suggested methodology, asking logical questions, and expecting and searching for logical answers may reveal some unexpected truths.  The Quran invites humankind to ponder and contemplate.  God invites all of humankind, those with and without religious or spiritual convictions, to search for the truth.   One should  read, research, ponder and question, then reach a logical conclusion.  God’s message to humankind is not hidden.  It is out there within everybody’s grasp.

“(This is) a Book (the Quran) which We have sent down to you, full of blessings, that they may ponder over its Verses, and that men of understanding may remember.” (Quran 38:29)