Description: A look at the linguistic nature of the Quran and examining other scriptures predicting the coming of Prophet Muhammad 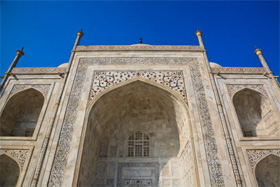 In part 1 we discussed the miraculous nature of Quran and asked a question.  How is it possible for a book written in the 6th century CE to contain knowledge only available in the 20th century CE?  We came to the logical conclusion that the Quran is the word of God.  However, is this enough, are scientific miracles proof that the Quran is the word of God? Yes, this may be enough for some, but others may want to look at further proofs. There are other aspects that can be taken into consideration particularly pertaining to what is often referred to as the linguistic nature of Quran.

In the 7th century CE the Arabs, although predominantly illiterate, were masters of the spoken word.  Their poetry and prose were considered a model of literary excellence.  When Prophet Muhammad recited the Quran, the Arabs were moved by its sublime tone, eloquence, and extraordinary beauty.  Amongst the Arabs, even those who rejected the call to Islam, there was no doubt that the words of Quran came from no earthly source.

The Quran challenges all to try and come forth with even a single chapter like it, whose shortest chapter, al-Kawthar, consists of only three verses.

“And if you are in doubt concerning that which We have sent down to Our servant, then produce a chapter like it and call your witnesses besides God if you be truthful.  If you do not do so – and you will never do so – then fear a fire whose fuel is men and stones prepared for the disbelievers.” (Quran 2:23-24)

The challenge stands till today and no one has been able to bring something even close to the Quran since the time of its revelation.

Thus, this fact demands us to ask yet another question.  How do we know that these words of God were not changed over the centuries?  The words we read and ponder over today, are the same words read over 1400 years ago.  More than 1.5 billion Muslims believe this and they do so because God Himself promised to preserve and protect the Quran.  God bestowed on humankind the gifts of hearing, seeing and thinking.  Thus we use our minds, ears and eyes to examine the authenticity of Quran.

“And God brought you out of your mother’s wombs devoid of all knowledge, but He has endowed you with hearing, vision, and intellect, so that you may be grateful.” (Quran 16:78)

The words of the Quran have remained unchanged due to careful memorisation and meticulous recording.  As the Quran was being revealed, it was memorized by the companions of Prophet Muhammad and then carefully transmitted generation after generation.  According to one estimate there are over 10 million people today who have memorized the book cover to cover. If the book were to disappear it would be easily possible to reclaim each word, in the correct order with the correct pronunciation.  Besides, trustworthy scribes also wrote down the revelation on flat stones, bark, bones, and even animal skins.  During his lifetime Prophet Muhammad supervised this himself.  Over the centuries Muslims and non Muslims alike have examined copies of Quran, some more than 1000 years old and found that they are all identical, apart from the introduction of vowel marks in the 7th century CE.  These marks were introduced to further guard the authenticity of Quran by demanding strict adherence to pronunciation rules.

“It is We Who have sent down the remembrance (i.e. the Quran) and surely, We will guard it from corruption.” (Quran 15:9)

Having established that, the Quran contains knowledge that could only be known by God and confirming the authenticity of the words we have in front of us today, we have again reached the same logical conclusion – that the Quran and thus the religion of Islam is the religion of truth.  When learning about Islam it is possible at every turning point to research and recheck.  However one might ask why the coming of Prophet Muhammad was not mentioned in previous revelations from God?  The answer to this question is - he most certainly was mentioned.

The Quran both confirms and abrogates the books that were sent from God before it, including the Jewish Torah and the Gospels of Jesus.  In our quest to confirm the truths of Islam we can look at these books and find clear predictions[1] of the coming of Prophet Muhammad.  The first chapter of the Old Testament refers to the coming of a prophet and all but describes Prophet Muhammad.  Prophet Muhammad could neither read nor write and the words of Quran that he spoke were words revealed to him by God.

“I will raise them up a Prophet from among their brethren, like unto thee, and will put my words in his mouth; and he shall speak unto them all that I shall command him” (Geneses 18:18)

“Neither does he speak out of his own desire: that [which he conveys to you] is but [a divine] inspiration with which he is being inspired.” (Quran 53:3-4)

In John 14:16 Jesus speaks to his disciples saying “And I will pray to the Father, and he shall give you another Comforter, that he may abide with you forever.” [2] He even said “…if I go not away, the Comforter will not come unto you.”[3]  Who exactly is the comforter?  Jesus was clearly referring to the Messenger of God - Muhammad, who would come after him and glorify him[4].  In his traditions, Prophet Muhammad glorifies Jesus in terms impossible to misinterpret.

Whoever testifies that none deserves worship except God, who has no partner, and that Muhammad is His servant and Messenger, and that Jesus is the servant of God, His Messenger, and His Word which He bestowed in Mary, and a spirit created from Him, and that Paradise is true, and that Hell is true, God will admit him into Paradise, according to his deeds.[5]

Although there is no evidence to suggest that Hindu scriptures were revealed by God there is evidence that learned righteous Hindu scholars were searching for universal truths.  The truths, that connect humankind with a higher power.  The Hindu scriptures also mention Prophet Muhammad.  In the Samveda Book II Hymn 6 verse 8 it says “Ahmed[6]  acquired from his Lord the knowledge of eternal law.  I received light from him just as from the sun.” According to Bhavishya Purana in the Prati Sarag Parv III Khand 3 Adhay 3 Shloka 5 to 8.  “A malecha (belonging to a foreign country and speaking a foreign language) spiritual teacher will appear with his companions.  His name will be Mohammad.”[7]

So far, we have established that the Quran contains knowledge unable to be proven until many centuries after it was revealed.  We used this fact and others to acknowledge that God Himself is the one who spoke the Quran.[8] The Quran is one of two principle sources of Islam; the other is the authentic teachings and traditions of Prophet Muhammad.  In this article we have also established that Prophet Muhammad was predicted in sacred scripture, both from other monotheistic faiths (Judaism and Christianity) and Hinduism.  Our next logical step and the subject of part 3 is to authenticate Prophet Muhammad’s prophet hood, and thus provide evidence that the second principle source of Islam is the truth.

[1] A full discussion of the Biblical prophecies referring to Prophet Muhammad can be found at the following web site – (http://www.islamreligion.com/articles/200/viewall/)

[6] Ahmad is the same name as Muhammad, both meaning the praised one.

[7] Prophet Muhammad (peace be upon him) in Hindu Scriptures by Dr. Zakir Naik.

[8] For a more detailed discussion on the miraculous nature of the Quran, please refer to the article “The Miraculous Quran” – (http://www.islamreligion.com/articles/528/viewall/)