Description: There is no god but God and science fiction stories make strange bedfellows.

Reminder: Nation of Islam (NOI) definition ~ A religious and cultural organization founded in 1930 in the United States, espousing Islamic principles and favouring political, social, and economic independence for African Americans.[1] 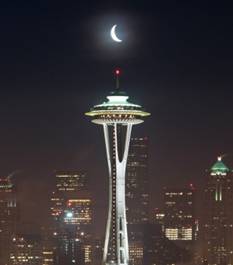 Loius Farrakhan, the leader of the most accepted group calling itself  ‘Nation of Islam’, was born Louis Eugene Walcott in May 1933 in New York City.  He was recruited by Malcolm X and quickly progressed through the ranks of NOI.  After the death of Malcolm X, he became Elijah Muhammad's national spokesman.  Farrakhan led the group that refused to follow Elijah Muhammad’s son Warith Deen into traditional Islam.

The Nation of Islam (The Nation of Peace) represents hope to millions of our people in America and around the globe who have been deprived of the high standards of a righteous way of life.  These words are taken from the NOI website and indicate that NOI, like Islam, stress the importance of morality and modesty, mutual respect, and discipline in dress and comportment.  Members of NOI read Quran and profess to believe in One God whom they refer to, like Muslims, as Allah.  However, this is where the similarities end.  As previously mentioned, the first pillar of Islam, the absolute foundation of belief, is the testimony of faith.  There is no god worthy of worship but Allah and Muhammad is His slave and final messenger.

The greatest sin in Islam is to commit shirk.  That is to associate anything or anyone with God.  As stressed over and over in the Quran and in the authentic teachings of Prophet Muhammad, may the mercy and blessings of God be upon him, there is only One God.  He has no partners, no sons or daughters and there is nothing like him.  One aspect of Shirk is to give God the form or qualities of a human being.  Islam states that God is separate and distinct from His creation and that He never did nor will become human.  The fact that NOI considers Wallace Fard (Muhammad) to have been God incarnate immediately calls into question their beliefs and their implied association with Islam.

When Elijah Muhammad aka Elijah Poole assumed leadership of the NOI he took the title Messenger of Allah.  Throughout Islamic doctrine it is clearly stated that Muhammad is the last prophet of God.

One of the NOI doctrines states - There is no God but Allah Who appeared in the Person of Master W.D. Fard Muhammad our Saviour, Messiah and Great Mahdi.  We forever thank Him for giving to us His Divine Messenger the Last and Greatest Messenger of Allah to the world in the Person of the Most Honourable Elijah Muhammad.

Although NOI shares many things in common with Islam, particularly the call for righteous behaviour and including prayers five times per day there are so many deviations that it cannot be included under the umbrella of Islamic sects, off shoots or schools of thought.  Islam states categorically that all human beings are created equal despite race or ethnicity, NOI however, preaches black supremacy.  NOI doctrine teaches that the black man is the original human, from him came other races, brown, yellow and red and  the white man is the creation of a black scientist named Yacub,(Prophet Jacob).  Islam however has another explanation.

God created Adam from a handful of soil containing portions from all its varieties on Earth.  Angels were sent to earth to collect the soil that was to become Adam.  It was red, white, brown, and black; it was soft and malleable, hard and gritty; it came from the mountains and the valleys; from infertile deserts and lush fertile plains and all the natural varieties in between.  The descendants of Adam were destined to be as diverse as the handful of soil from which their ancestor was created; all have different appearances, attributes and qualities.[3]

Other NOI teachings include Elijah Muhammad’s account of the visions of the Prophet Ezekiel in the Bible.  He considers it to be a Mother Plane or Wheel, a UFO.  This seems to suggest that NOI may have more in common with Scientology[4] than Islam.  The Scientology creation story began 75 million years ago in a far off corner of the galaxy, with an evil warlord and bombs exploding on isolated islands across the globe.  NOI has its own intergalactic connection.

Amongst the teachings of Farrakhan we find the following intergalactic story, complete with an island and three bombs.  "The Honourable Elijah Muhammad told us of a giant Mother Plane that is made like the universe, spheres within spheres.  White people call them unidentified flying objects (UFOs).  Ezekiel, in the Old Testament, saw a wheel that looked like a cloud by day but a pillar of fire by night.  The Honourable Elijah Muhammad said that that wheel was built on the island of Nippon, which is now called Japan, by some of the Original scientists.  It took $15 billion in gold at that time to build it.  It is made of the toughest steel.  He said there are 1,500 small wheels in this Mother Wheel, which is a half mile by a half mile [800 m by 800 m].  This Mother Wheel is like a small human-built planet.  Each one of these small planes carries three bombs.[5]

In the past few years Farrakhan has begun using the scientology terms such as engram, charge, org board, management technology, and valuable final product.  Obvious ties between black communities, particularly Farrakhan’s NOI, and Scientology began as early as 2006.  That year at scientology’s annual Ebony Awards, Farrakhan was among four black clergymen to be honoured.  NOI’s western regional Minister Tony Muhammad was quoted as saying he was happy to be partnering with Scientology and disclosed a plan to train members of NOI to administer Hubbard's "study tech" and drug treatment methods.

In February 2011 Farrakhan spoke to a packed house at the Allstate Arena in Rosemont as part of the 81st annual celebration of Saviours' Day.  His speech capped a weekend of workshops focused on health, preparing for natural disasters and unidentified flying objects.[6]  Farrakhan spoke for four hours, during which he described his 1985 religious experience in which he ascended into a flying saucer and heard the voice of Elijah Muhammad predicting events that came to pass.  Farrakhan praised Scientology and its founder, L. Ron Hubbard and extolled the virtues of its auditing process.

In contrst to all of this, Islam is a simple religion.  It calls on human beings to worship their Creator in the manner in which He prescribed.  It is unencumbered by science fiction and racism.  In God’s eyes all men are equal regardless of colour or ethnicity.  They are distinguished from each other only by piety and good deeds. Commendably NOI has taken the morality and manners of Islam but as long as they are unable to profess the testimony of faith ~ there is no god but Allah and Muhammad is His slave and final messenger ~ they are not able to claim the title Muslim.[7]

[5] Minister Louis Farrakhan, The Divine Destruction of America: Can She Avert It?

[7] For more information about NOI and its off shoots, such as the Five Percenters please see: (http://islamnewsroom.com/news-we-need/1101-nation-of-islam-are-they-real-muslims)

Previous: Nation of Islam (part 1 of 2): When is a Muslim not a Muslim?