The True Religion (part 5 of 8): Universality of God’s Religions

Description: The fifth chapter of the book “The True Religion.”  A quality which must befit the true religion - universality. 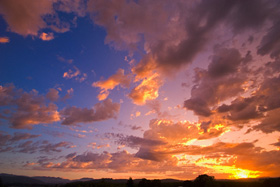 Since the consequences of following a false religion are so grave, the true religion of God must have been universally understandable and universally attainable in the past, and it must continue eternally to be understandable and attainable throughout the entire world.  In other words, the true religion of God cannot be confined to any one people, place, or period of time.  Nor is it logical that such a religion should impose conditions that have nothing to do with the relationship of man with God, such as baptism, or belief in man as a savior, or an intermediary.  Within the central principle of Islam and its definition (the surrender of one’s will to God) lie the roots of Islam’s universality.  Whenever man comes to the realization that God is one and distinct from His creation, and submits himself to God, he becomes a Muslim in body and spirit and is eligible for paradise.

Consequently, anyone at any time in the most remote regions of the world can become Muslim, a follower of God’s religion, Islam, by merely rejecting the worship of creation and turning to God alone.  It should be noted, however, that in order to actually submit to God’s will, one must continually choose between right and wrong.  Indeed, man is endowed by God with the power not only to distinguish right from wrong but also to choose between them.  These God-given powers carry with them an important responsibility, namely, that man is answerable to God for the choices he makes.  It follows, then, that man should try his utmost to do good and avoid evil.  These concepts are expressed in the final revelation as follows:

“Verily, those who believe (in the Quran), and those who follow the Jewish faith, and the Christians, and the Sabians – any of these who believe in Allah and the Last Day and work righteousness shall have their reward with their Lord.  They will not be overcome by fear or grief.” (Quran 2:62)

If, for whatever reason, they fail to accept the final message after it has been clearly explained to them, they will be in grave danger.  The last Prophet said:

“Whoever among the Christians and Jews hear of me but does not affirm his belief in what I brought and dies in this state will be among the inhabitants of Hell.” (Saheeh Muslim Vol.1 P.91 No, 284)