Hinduism (part 3 of 4): The status of women in Hinduism

Description: A comparison of the rights of women in Hinduism & Islam. 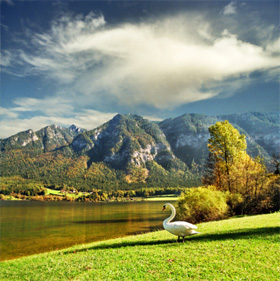 Hinduism[1]  is the third largest religion in the world, with more than 950 million adherents.  Although Hindus live predominantly in India and Nepal, they are scattered throughout the world.  As we discussed in the previous two articles, in some ways Hinduism and Islam can be thought of as polar opposites.  Two of the most basic beliefs of Hinduism conflict completely with the most basic beliefs of Islam.  In Islam worship is for One God, Muslims do not worship idols, statues or representations of God.  Hindus, on the other hand worship many gods and deities.

Muslims believe that we each have one life, upon which we will be judged, and rewarded or punished accordingly, whereas Hindus believe in reincarnation, the process of rebirth and the transmigration of souls.  These two issues were covered in article two. In this article  we will talk about the status of women in Hinduism and compare it with the teachings of Islam.

Women in India suffer from a wide range of social injustices and the status of women is usually discussed on a nationwide basis.  However it is important to note that more than 80% of Indians are Hindu and the majority of negative behaviours towards women can be attributed to Hindu practices.  Indian women rank high in worldwide statistics on prostitution, the murder, neglect and abuse of young girls, the number of women sold into slavery, as victims of AIDS, and living below the poverty line.

Infanticide, the killing of a child soon after birth, has been prevalent in India for centuries.  In 1834 it was reported that, “in some villages, no girl babies were found at all; in a total of thirty others, there were 343 boys to 54 girls.” One hundred and fifty years later the killing of girl babies has been streamlined.  In a 2007 article, Reuters reported on the high level of female feticide (the practice of aborting female foetuses) in India.  According to UNICEF, ‘A report from Bombay in 1984 on abortions after prenatal sex determination stated that 7,999 out of 8,000 of the aborted foetuses were female.

Reuters also reports that “Around 10 million girls have been killed by their parents over the last 20 years.  Female infanticide and foeticide, although illegal, are still prevalent with boys preferred to girls”.  A 2006 government survey found that 45 percent of girls were married before the legal marriageable age of 18.  India’s adult female literacy rate in 2004 was 47.8%, compared to the adult male rate of 73.4%.  What is it about Hinduism that allows such blatant discrimination against an entire gender?

Some argue that the Hindu scriptures allow such practices.  An obsession with sons stems from the age of Atharva Veda when it was written “Let a female child be born somewhere else.  Here let a son be born” However Hindus believe that all life is sacred, to be loved and revered, and therefore practice ahimsa or non-violence.  Although this appears to not make a great deal of sense, it does, in the sense that Hinduism is a mixture of religious and cultural practices.  The Hindu religion calls for rituals to be conducted in honour of women yet at the same time, women are denied any form of last rights at death or a fair share in family inheritance.  In a letter to an Indian newspaper in 2002 one woman tried to explain the increase in foeticide.

In India marrying a girl off is very expensive and the boy children bring home a bride and a dowry.  Also Hindu law requires that only a SON may light the funeral pyre of their mother and father.  We all know it is very costly to marry off a girl whereas the marriage of a son brings back whatever has been spent on him since his birth.  This is a fact and unless this is addressed to, female foeticide cannot be stopped.

Baby boys are desired, whereas, girl babies are despised. In the Arabian Peninsula before the advent of Prophet Muhammad, may the mercy and blessings of God be upon him, and Islam, baby girls were buried alive.  This was an ignorant practice and Prophet Muhammad stated unreservedly that female children are a blessing and that raising them to be righteous believers is a source of great reward.  In the Quran, God declares those who despise daughters as evil.

"Wenever any of them is given the glad tiding of [the birth of] a girl, his face darkens, and he is filled with suppressed anger, avoiding all people because of the [alleged] evil of the glad tiding which he has received, [and debating within himself:] Shall he keep this [child] despite the contempt [which he feels for it]-or shall he bury it in the dust? Evil indeed is whatever they decide! (Quran 16:58-59)

The traditions of Prophet Muhammad show very clearly that raising girls is a source of pleasure both in this life and in the hereafter.  His beloved wife Aisha relates stories that demonstrate the desirability of female babies.

A lady along with her two daughters came to me (Aisha)  asking for some alms, but she found nothing with me except one date which I gave to her and she divided it between her two daughters, and did not eat anything herself, and then she got up and went away.  Then the Prophet came in and I informed him about this story.  He said, “Whoever raises daughters and treats them generously (with benevolence) then these daughters will act as a shield from Hell-Fire for them.”[2]

“Whenever a child was born among them, Aisha would not ask if it were a boy or a girl.   Instead she would ask, ‘Is the child healthy (and without defect)?’ If she was told, ‘Yes,’ she would say, All praise is for Allah, Lord of All the Worlds.

A common social ailment amongst the Hindus is the practice of the bride’s family paying a dowry to her new husband’s family.  Although this practice was formerly outlawed in 1961, it is still pervasive.

Islam recognises the difficulties and hardships that dowries cause therefore has  no such custom or requirement.  Instead Islam has what is known as the mahr.  It is a gift of money, possessions or property made by the husband to the wife, which becomes her exclusive property.  It is an admission of her independence, and is intended to show the husband’s willing acceptance of bearing all the necessary expenses of his wife.

As you can see from two examples, the status of women in Islam is very different to the status of women in Hinduism.  While one religion, Hinduism, claims to honour women, it is up to the secular Indian government to make laws forbidding the atrocious treatment Hinduism allows.  On the other hand respect for women is enshrined in Islamic law.

This is really true, I have sometimes wondered why my parent always thought my brother was able to do more things than me and that I was weak, but they don't show their feelings to others.