I want to be a Muslim but... Myths about Converting to Islam (part 2 of 3)

Description: More about myths that prevent one from converting to Islam. 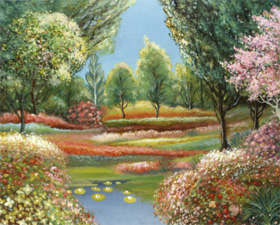 There is no god but God.  It is a simple statement that should make converting to Islam easy.  There is only One God, and only one religion, nothing could be more uncomplicated.  However, as we discussed in the previous article, whenever a person realises the truth and wants to become a Muslim, Satan introduces the word but.  I want to be a Muslim...BUT.  But I am not ready.  But I don’t speak Arabic, or but I do not want to change my name.  Today we will discuss more myths that prevent people from converting to Islam.

Prophet Muhammad said that every child was born in a state of fitrah, with the correct understanding of God.[1] and the traditions of Prophet Muhammad tell us that the conditions related to fitrah (the natural state of being) are five.

“Five things are part of the fitrah: shaving the pubic hair, circumcision, trimming the moustache, plucking the armpit hairs, and cutting the nails”.[2]  This is believed to be the ancient way, the natural way, followed by all of the Prophets, and enjoined on the believers by the laws that they brought.[3]

The majority of Islamic scholars agree that circumcision is obligatory for men providing they do not fear that it may harm them.  When assessing the degree of harm a man must look to the Quran and the authentic teachings of Prophet Muhammad for guidance.  If a man is not able to be circumcised due to fear of injury or any other valid reason that may make his life miserable, the obligation is waived.  It is not permissible for the issue to become a barrier that prevents a man from accepting Islam[4].  In other words, it is not a condition for becoming a Muslim.  Also, it does not prevent a man from leading the prayers.[5]

There is no requirement for female circumcision in Islam.

Islam is the religion that was revealed for all people, in all places, at all times.  It was not revealed for a particular race or ethnicity.  It is a complete way of life based on the teachings found in the Quran and the authentic traditions of Prophet Muhammad.  Although the Quran was revealed in the Arabic language and Prophet Muhammad was an Arab, it would be wrong to assume that all Muslims are Arabs, or for that matter, that all Arabs are Muslims.  In fact the vast majority of the world’s 1.4 billion Muslims are not Arabs.

There are no racial or ethnic requirements for one to be a Muslim.  In his final sermon Prophet Muhammad reiterated this fact very succinctly.

“O humankind! We have created you from a male and a female, and made you into nations and tribes, that you may know one another.” (Quran 49:13)

There is no need to know a lot about Islam to become a Muslim.  It is enough to know the meaning of testimony and the six pillars of faith.  Once a person has embraced Islam, there is time for him to learn about his religion.  There is no need to rush and be overwhelmed.  Take things slowly, but steadily move forward at your own pace.  There is time to understand the inspirational beauty and ease of Islam, and to learn about all the prophets and messengers of Islam including the last prophet, Muhammad.  A Muslim never stops learning; it is a process that will continue until death.

Prophet Muhammad said, “The believer will never have enough of listening to good things (seeking knowledge) until he reaches Paradise.”[7]

When a person says the testimony of faith (Shahada), I testify that there is no god but God and I testify that Muhammad is His messenger, he becomes like a new born baby.  All his previous sins, no matter how great or small are washed away.  The slate is clean, free from sin, shiny and white; this is a new beginning.

“Say to those who have disbelieved that if they cease, what has previously occurred will be forgiven for them…” (Quran 8:38)

There is no compulsion for anyone to accept the truth of Islam.  However if your heart tells you there is only One God, do not hesitate.

“There is no compulsion in religion.  Verily, the Right Path has become distinct from the wrong path.  Whoever disbelieves in evil and believes in God, then he has grasped the most trustworthy handhold that will never break.  And God is All-Hearer, All-Knower.” (Quran 2:256)

[6] The text of the Farewell Sermon can be found in Saheeh Al-Bukhari and Saheeh Muslim, and in the books of At Tirmidhi and Imam Ahmad.