Description: The perfect altruism of the earliest Muslim society, a unique example for later generations. 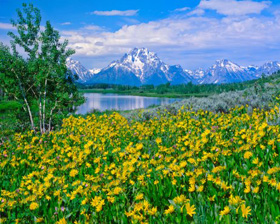 Altruism, selfless acts done for another’s benefit in spite of oneself, is a humanitarian endeavor praised by all societies.  Practically every nation on earth has stories of great kings, brave warriors and noble men and women who sacrificed their material possessions, status or even themselves for some or other common good.  Yet, it is without any reservation or hesitation whatsoever that we can point to the religion of Islam for the most perfect, sincere and comprehensive expression of altruism (eethaar in Islamic terminology).  The Prophet Muhammad, may the mercy and blessings of God be upon him, said in a narration, known to perhaps every devout Muslim:

And with that, altruism instantly becomes a condition of true faith in God, Most High.  This act of faith was demonstrated so many times throughout the history of Islam, from Muhammad’s commission as a prophet up until our present times, that to recall even a fraction of the authentic narrations that have reached us would barely touch the surface.  However, for the purpose of this discussion, we will do just that.

During the great battle of Yarmuk between the fledgling Islamic state and the Roman Empire, a Companion of the Prophet, Ikrimah b. Abu Jahl, and two other noble warriors were mortally wounded.  An able Muslim who was attending to the wounded offered one of the injured warriors some water, but the selfless soldier refused, insisting that one of the other fallen men be offered water first.  When the water reached the second man, he too refused to drink before the thirst of the other wounded soldiers was quenched.  Alas!, by the time the water had reached the third man, it was already too late: he and the other two soldiers had died.  Truly these three paragons of self-sacrifice made manifest the words of their Prophet when he said:

“The best charity is that given when one is in need and struggling.” (Ibn Katheer)

“…And they give others preference over themselves even though they were themselves in need….” (Quran 59:9)

The above verse was actually revealed in connection to what was, perhaps, the single greatest act of communal altruism ever witnessed in the history of mankind: the establishment of brotherhood between the Muslim emigrants fleeing persecution in Mecca (the Muhajiroon), and their helpers who took them in Medina (the Ansaar).  The Ansaar made previously untold sacrifices for their brothers in faith, despite the fact that they were themselves in great need.  By their deeds, the bonds of brotherhood in the new Medinan society were strengthened and solidified in a manner not seen before or since.  Arab was matched with non-Arab, freeman with former slave, Qurayshi (a member of Prophet’s own tribe) with non-Qurayshi, and so on.

“By no means shall you attain righteousness unless you spend of that which you love….” (Quran 3:92)

As an amazing example of how this brotherhood manifested itself, we have the case of the two Companions of the Prophet: Abdur-Rahman b. Awf, who was a Muhajir, and Sa’d b. al-Rabee, an Ansari.  Abdur-Rahman narrates in his own words:

“When we came to Medina, the Messenger of God established bonds of brotherhood between me and Sa’d b. al-Rabee.  Sa’d said: ‘I am the wealthiest of the Ansar[1], so I will give you half of all my wealth.  And see which of my wives you prefer, I will divorce her for you, and when she becomes lawful (as a divorcee), you can marry her.’  I (Abdur-Rahman) said to him: ‘I do not need that.  (But tell me), is there a marketplace here where people trade?’  Sa‘ad said: ‘There is the marketplace of Qaynuqa’…   And so, the following day Abdur-Rahman went to the market to begin trading.  Before long, he was once again wealthy, as he had been in Mecca, and able to marry of his own accord.” (Saheeh Al-Bukhari)

“And those who, before them, had homes (in Madina) and had adopted the Faith, love those who emigrate to them, and have no jealousy in their breasts for that which they have been given (from booty and the like), and they give (the emigrants) preference over themselves, even though they were themselves in need.  And whomsoever are saved from the covetousness of their own souls, such are they who will be successful.” (Quran 59:9)

The altruism of the Medinan Muslims, praised by God in the Quran, was so great in its scope and impact that the Meccan recipients of their brothers’ selflessness were worried there would be no grace left for them!  The Companion, Anas b. Malik, said:

“When the Prophet came to Madina, the Muhajiroon [2]came to him and said: ‘O Messenger of God, we have never seen any people more generous when they have the means and more helpful when they have little, than the people among whom we have settled.  They have looked after us and they have let us join them and share in all their happy occasions, to such an extent that we are afraid that they will take all the reward (from God in the Hereafter).’  The Prophet said: ‘Not so long as you pray for them and praise them.’” (Al-Tirmidhi)

God Himself praised the Companions of Muhammad, both Muhajir and Ansar, for their great many selfless sacrifices and services in His Cause.  He, the Almighty, also praised whoever would follow in their footsteps.  Let us then follow them, perchance we may too be rewarded in heaven.

[1] The Ansar are those Muslim inhabitants of Medina who welcomed the Prophet and the Muslim Emigrants from Mecca to live amongst them.

[2] The singular of which is Muhajir, or “emigrant”. They are those who migrated from Mecca to Medina upon the command of Allah.

Only the first act was an altruistic act. The others were all at best self-reliant and at worst prideful. Not excepting help us not altruistic. Sacrificing yourself for another with NO possible gain is the only way to achieve altruism.

Jazakallah. You have written very authentic speeches: they are imressive too. i am reading them thoroughly. May Allah grant you success in this world and the hereafter as well. May Allah eleviate your ranks. Aameen.