Happiness in Islam (part 1 of 3): Concepts of Happiness

Description: The evolution of human thought in regards to the means in which happiness may be attained. 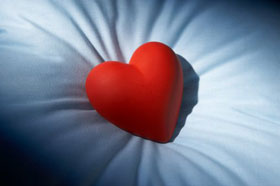 Even though happiness is perhaps one of the most important things in life, science still can not explain much about it.  Its concept itself is elusive.  Is it an idea, emotion, virtue, philosophy, ideal, or is it just programmed in the genes?  There is no agreed upon definition for it, yet  still everyone seems to be selling happiness these days - drug dealers, pharmaceutical companies, Hollywood, toy companies, self-help gurus, and, of course, Disney, creator of the Happiest Place on Earth.  Can happiness really be purchased?  Is happiness achieved by maximizing pleasure, earning fame and fortune, or living a life of unlimited leisure?  The series of articles will briefly explore the evolution of happiness in Western thought, followed by the present cultural understanding in the West.  Finally, the meaning and a few means of attaining happiness in Islam will be discussed.

Evolution of Happiness in Western Thought

The Christian idea of happiness was based on a reported saying of Jesus,

"…now is your time of grief, I will see you again and you will rejoice, and no one will take away your joy" (John 16:22)

The Christian idea of happiness was developed over the centuries and, in turn, rested on a theology of sin, which, as St. Augustine explained in The City of God, taught that because of Adam and Eve’s original transgression in the Garden of Eden, true happiness was "unattainable in our present life."[1]

In 1776, Thomas Jefferson, summarizing a good century of reflection on the subject in Europe and America, deemed the "pursuit of happiness" a "self-evident" truth.  By this time, the truth of happiness had been declared so often and so confidently that, for many, it scarcely needed evidence.  It was, as Jefferson said, self-evident.  To secure the "greatest happiness for the greatest number" had become the moral imperative of the century.  But just how "self-evident" was the pursuit of happiness?  Was it, in fact, so obvious that happiness was our naturally intended end?  Christians confessed that human beings pursued happiness during their earthly pilgrimage, but remained skeptical about its attainment.  Elsewhere, Jefferson himself was pessimistic whether the chase would ever be brought to a satisfying conclusion.  "Perfect happiness...was never intended by the Deity to be the lot of one of his creatures," he specified in a letter of 1763, adding soberly that even "the most fortunate of us, in our journey through life, frequently meet with calamities and misfortunes which may greatly afflict us."[2]  To "fortify our minds" against these attacks, he concluded, "should be one of the principal studies and endeavors of our lives."

Whereas in the fifth century, Boethius could claim that "God is happiness itself,"[3]  by the middle of the 19th century, the formula was reversed to read "Happiness is God."  Earthly happiness emerged as the idol of idols, the locus of meaning in modern life, the source of human aspiration, the purpose of existence, the why and the wherefore.  If  happiness was not, as Freud said, ‘in the plan of Creation,’[4]  there were those ready to alter the handiwork of the Maker to put it there by manufacturing, consuming, and exporting it as democracy and free-market economy (materialism).  As the philosopher Pascal Bruckner observed, "Happiness is the sole horizon of our contemporary democracies."  As a surrogate religion, materialism relocated God to the shopping mall.

In our culture, it is commonly believed that happiness is achieved when you become rich, powerful, or popular.  The young want to be that popular pop idol, the old dream of winning the jackpot.  We often seek happiness by removing all stress, sadness, and irritations.  For some, happiness lies in mood-altering therapies.  Eva Moskowitz, a historian, gives some idea of the American obsession with the gospel of therapy: "Today, this obsession knows no bounds…there are more than 260 [different kinds of] 12-step programs in America."[5]

One reason we have so much trouble attaining happiness is that we have no idea about what it is.  Consequently, we make poor judgments in life.  An Islamic tale illustrates the relationship of judgment with happiness.

the eager student, "I must ask you a

to which we all seek: What is the

Nasrudin thought for a time,

then responded.  "The secret of

do we attain good judgment?

do we attain experience?’

An example of our good judgment is knowing that materialistic comforts by themselves do not lead to lasting happiness.  Having reached that conclusion by our good judgment, we do not retreat into our comforts.  We continue to crave a happiness that seems out of reach.  We make more money thinking that is the way to become happy, and in the process neglect our family.  Most big events we dream of yield less sustained happiness than we hoped for.  In addition to getting less happiness than we expected or hoped for, we frequently do not know exactly what we want, what will make us happy or how to get it.  We misjudge.

Enduring happiness does not come from ‘making it.’  Imagine someone could snap their fingers and give you fame, fortune, and leisure.  Would you be happy?  You would be euphoric, but in the short run.  Gradually you would adapt to your new circumstance and life would return to its normal mix of emotions.  Studies show that big lottery winners after a few months are no happier than the average person!  To recover the joy, you would now need an even higher high.

Consider, too, how we have "made it."  In 1957, our per-person income, expressed in today’s dollars, was less than $8,000.  Today it is $16,000.  With doubled incomes, we now have double the material goods that money can buy - including twice as many cars per person.  We also have microwave ovens, color TVs, VCRs, answering machines, and $12 billion a year worth of brand-name athletic shoes.

So are we happier?  No.  In 1957, 35 percent of Americans told the National Opinion Research Center they were "very happy."  In 1991, only 31 percent said the same.[6]  Meanwhile, depression rates have soared.

[5] In Therapy We Trust: America’s Obsession With Self-Fulfillment.