Description: An Islamic answer to the controversy stirred by the famed, “Da Vinci Code.” 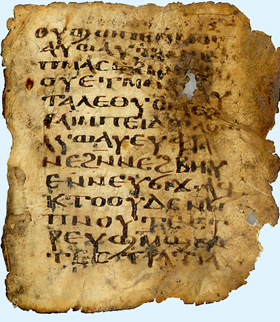 The Da Vinci Code controversy – It’s everywhere!  Dan Brown's book claims Jesus in not divine or God, and the gospels as we know them, have been changed, and after Jesus’ stay here on earth, men raised his status to the level of God.  Could any of this be true?

Ancient secrets of the Church, hidden for centuries have actually been revealed and published in books prior to the fictional writings of Brown in the “Da Vinci Code”.  Baigent and Leigh have produced other books from researcher’s point of view over the last two decades, including “Dead Sea Scrolls Deception”, “Holy Blood, Holy Grail”, and “Messianic Legacy.”  These books were the talk of the religious communities when they came out in the early 90's, and certainly they have fueled an ongoing interest into just exactly who was this man Jesus, what was his message and what happened to him?

Islam claims to “break the code” so to speak, over 1,400 years ago.  The answer, according to Muslim scholars has been in the Quran for over fourteen hundred years

Some may be surprised to learn, Muslims believe in the miracle birth and other miracles associated with Jesus.  They actually consider him as the “Messiah” and they even say, “peace be upon him” when mentioning his name.  However, they are quick to negate any connection between God and Jesus as a partnership or God-head, and they rule out the notion of God having any son (or daughter for that matter).

Here is how Muslim scholars present their understanding and “break the code”:

How Muslim scholars “broke the code”

Creation itself tells us there is a creator and from the beginning of time – Allah, (the One God in Arabic) alone is to be worshiped.  This is clear teaching throughout the Old Testament (Torah), the scriptures that Jesus himself affirmed as a revelation of God.  God is one not one of three; for example: ‘He is God; there is no other besides Him’.  (Deuteronomy 4:35).  The same is mentioned in the book of Mark in the New Testament, chapter 12, verse 29, when Jesus, peace be upon him, had been asked about the Greatest Commandment he replied,

“To know, O Israel, the Lord your God is One Lord; and you have to love Him with all your heart and all your mind and all your strength.”

According to the oldest and most authentic copies of manuscripts and scrolls available throughout the centuries, Jesus, peace be upon him, never claimed to be God, or the creator, or the One to pray to, nor did he tell his followers to revere him as God.  These notions appear on the lips of others who came along decades and even centuries later.

While Jesus was on earth he did not claim to be the creator or ask us to revere him as God.  His miraculous birth is a sign of his prophethood:

Like all the great and noble prophets of God such as Adam, Abraham, Moses, Isaac and David, Jesus came with one message: Worship, love, obey and submit to the one true God, the creator of everything and do not worship anything besides Him.

Islam is different.  Islam is a word derived from the verb aslama, and it carries the meaning of “surrender”, “submission”, “obedience”, “sincerity” and “peace” between one and Almighty God and not to any human or anything within creation.  Anyone who practices Islam submits to and worships Allah, alone without any partners of any kind.

“There is only One God then have reverence for Me and fear Me (and Me alone).  To Him belongs whatever is in the heavens and on earth, and to Him is duty due always: then will ye fear other than God?” (Quran 16:51-52)

Isn’t it time you join Jesus, the son of Mary, along with all of the other Prophets of God and practice the “Submission to the Will of God” (Islam)?

Or simply put: “Worship the Creator - and not His Creations!”

I like and agree with the article, however the intention of Mr Dan Brown is to create mass excitement amongst Muslim the world over a similar effort is that of the Un-Vailing of Muslim Women. My advise to the aggressors is that they must first examin their blood thursty culture and first un-vail the women of the vatican and catholic church at large before they can un-vail muslim women.

Hello, I thought this article was very good as it showed light on the thoughts of how the holy Quran and the gnostic gospels can compare. I think its important to remember however that the Da Vinci code is fiction and it is only based on facts. The author, Dan Brown, had done research of his own in writing the book; his mian sources were likely to of been the dead sea scrolls and scrolls from the Nag Hamadi library. The gospels he refers to are called gnostic gospels (gnostic means knowing in greek), and It was in the interest of this which I myself had decided to find out more. I had bought a book in a book store called "the gnostic gospels" by Elaine Pagels. I had read the introduction of it and found out that in one of the gospels there is a description of "multiple heavens". At the same time as I bought that book I also bought an enlgish Quran out of pure interest and coincidence, as I didn't know it had anything to do with Jesus etc (I was unkowing then). I read the two books at about the same time and was startled to see that the christian bible doesn't mention more than one heaven but the holy Quran says in Sura 2 "29. It is He Who hath created for you all things that are on earth; Moreover His design comprehended the heavens, for He gave order and perfection to the seven firmaments; and of all things He hath perfect knowledge." Seven is a multiple number! Now how could Muhammad the prophet ,peace be upon him, of known of these gospels which were all destroyed and burried 300 years before by the Orthadox church? The only possible answer was that Muhammad (pbuh) truely was visited by the archangel Gabriel and that he was told all the wonderous things which we now see in our Quran. It was this which made me learn more of islam, and I believe Allah had found me through my interest in gnostism. Also I think that a lot of muslim scholars should be looking into these gospels as I have and using the evidence from these gospels which prove Muhammads word! I believe that if all this evidence was shown to others then they would start believing and we could save them from the last day. Peace to you and the world.

It means great pleasure to me having found a website that carries together all these sources, and attempts at least to face the challenges placed from educated disbelieving societies in their own manner. I hope that once my own charitable work will on the Internet also receive as much positive affirmation. Furthermore it is very good and important to give the unifying thought of Islam the scepter, not the ideas which divide us all into Mad'hafs or others groups. Therefore it is paramount to stand away from any position or party. The only One we obey is God, His original books, His One truth, and His prophets. Thank you for your efforts. Your site does in general not lack modernity, and seems not to collide with international regulations/conduct of intellectual property. It looks professional and keeps up the standard throughout all areas. There are not many like that. Maybe someone from you could help me with my project. It is more about offering Islamic knowledge in a broad setup, so as to attract a multitude of people, and to provide poor with essential, yet critical knowledge. May Allah bless your work. As-salamu aleikum wa rahmetu'llahi wa barakatuh