Description: Why Muslims from all over the world use the same greeting. 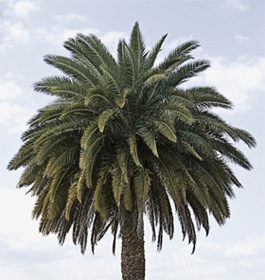 Islam covers every aspect of life; it is not a religion that is only practiced once a week or during specific celebrations.  Islam, through the words of God in the Quran, and the traditions of Prophet Muhammad, may the mercy and blessings of God be upon him, offers advice and guidance from dawn till dusk, from birth until death.  Islam even teaches the believers the best way to greet each other; it is a complete way of life.

What exactly does the word Islam mean?  It is an Arabic word that comes from the root, sa - la – ma, that means submission to the will of God. It also shares the same root for the Arabic word meaning peace.  However, it is a descriptive word that entails more than tranquillity and calmness, it also encompasses the concepts of safety, security and submission.  In fact, Islam in the legal sense means submission to the One God who grants us safety, security, peace and harmony.  The word Muslim (i.e. the one who submits to the will of God) is also derived from the same root, as is the Islamic greeting - Assalam.

In previous articles we have discussed the fact that all believers are linked together by various means.  Most importantly is the belief that there is no god worthy of worship but Allah and that Muhammad is His messenger.  This is what distinguishes believers from non-believers.  However, believers are also reminded of the bonds between them whenever they greet one another.  The Islamic greeting –‘Assalam’, is in fact an invocation whereby one asks God to grant protection and security to his fellow Muslim brother. This greeting encourages believers to be a worldwide community unencumbered by tribal or nationalistic loyalties and bound together by peace and unity.

Prophet Muhammad commanded us to to greet our fellow Muslims whom we know and those whom we do not know.[1]  Thus believers try to establish peace and friendly relations by greeting and meeting one another.  When Muslims of any nationality, ethnicity or colour meet they will greet each other as family.  Believers also have rights over one another.

The Muslim has five rights over his fellow-Muslim: he should greet him with ‘salaam’, visit him when he is sick, attend his funeral, accept his invitation, and ask God to have mercy on him when he sneezes.[2]

The Islamic greeting is  Assalam Alaikum (May God grant you protection and security).  The response to this is wa Alaikum Assalam. These brief Arabic words let Muslims know that they are among friends, not strangers.  A few words of greeting reveal so much.

“When you are greeted with a greeting, greet in return with what is better than it, or (at least) return it equally. Certainly, God is Ever a Careful Account Taker of all things.” (Quran 4:86)

Making that small effort to greet others in this manner at every opportunity increases rewards.  Each time a believer says the words Assalam Alaikum  or responds to this greeting, his bank of good deeds is increased.

In addition, throughout the Quran, God repeatedly points out that this is the Islamic greeting. God assures us that struggling to please Him will result in peace and security in Paradise, and when the believer enters paradise he will be greeted by the words Assalam Alaikum.

“And those who believed (in the Oneness of God and His Messengers and whatever they brought) and did righteous deeds, will be made to enter Gardens under which rivers flow, - to dwell therein for ever (i.e. in Paradise), with the Permission of their Lord.  Their greeting therein will be, salam!” (Quran 14:23)

“Salam Alaikum for you persevered in patience! Excellent indeed is the final home!” (Quran 13:24)

“When those who believe in Our Ayat (proofs, evidence, verses, lessons, signs, revelations, etc.) come to you, say, “Assalam Alaikum”; your Lord has prescribed Mercy for Himself, so that if any of you does evil in ignorance, and thereafter repents and does righteous good deeds (by obeying God), then surely, He is Oft-Forgiving, Most Merciful.” (Quran6:54)

“Those whose lives the angels take while they are in a pious state (i.e. pure from all evil, and worshipping none but God Alone) saying (to them), Assalam Alaikum enter you Paradise, because of that (the good) which you used to do (in the world).” (Quran 16:32)

“But when you enter the houses, greet one another with a greeting from God, As-salamu Alaikum - blessed and good.” (Quran 24:61)

“And those who kept their duty to their Lord will be led to Paradise in groups and  when they reach it the  its gates will be opened and the keepers will say, Salam Alaikum, you have done well, so enter here to abide therein.” (Quran 39:73)

Maasha'Allaah, it is really a good artical, thanks

Assalam Alaikum Nice article, I have got dozens of Muslim friends and brother I feel the warmth of peace with them, they are God loving and I feel blessed knowing them and can say all my brothers our honesty shall be paid