Description:  Satan (Shaytaan) was the cause of the first sin ever committed and till today entices people to disbelief, oppression and transgression. 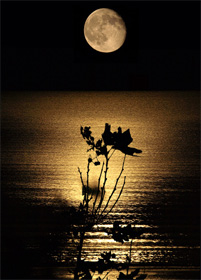 Satan, Shaytann, the devil, Iblees, the personification of evil, is known by many names.  The Christians usually call him Satan; to Muslims he is known as Shaytaan.  He is first introduced to us in the story of Adam and Eve and although the Christian and Islamic traditions have much in common there are certain glaring differences.

The story of Adam and Eve is well known and an in depth account of the Islamic version can be found on this website.[2] Both the Quran and the traditions of Prophet Muhammad, may the mercy and blessings of God be upon him, in no way indicate that Satan came to Adam and Eve in the form of a snake or serpent.  Nor do they indicate that Eve was the weaker of the two who tempted Adam to disobey God.  The reality was that Adam and Eve had no experience of the whispering and ploys of -Satan and their dealings with him remain a vital lesson for all of humankind.

Satan became jealous of Adam and refused to obey the command of God to prostrate before him. God tells us of this in the Quran:

“The Angels prostrated themselves all of them together.   Except Satan, he refused to be among those who prostrated themselves.  God said: ‘O Satan! What is your reason for not being among those who prostrate?  ‘Satan said: ‘I am not the one to prostrate myself to a human being, whom You created from sounding clay of altered black smooth mud.’  God said: ‘Then get out from Here for verily you are an accursed one.   Verily the curse shall be upon you till the Day of Resurrection.’” (Quran 15:30-35)

Satan was arrogant then and he is arrogant now.  His vow from that moment on was to misguide and deceive Adam, Eve and their descendants.  When he was expelled from Paradise, Satan made a promise to God that if he would be kept alive until the Day of Judgment that he would work his utmost to mislead humankind.  Satan is crafty and cunning, but ultimately understands the weaknesses of human beings; he recognises their loves and desires and employs all manner of tricks and deception to lead them away from the path of righteousness.  He started to make sin attractive to humankind and tempted them with evil things and immoral actions.

“Now, indeed, Iblees (Satan) did prove that his opinion of them had been right: for [when he called them,] they followed him - all but some of the believers [among them].” (Quran 34:20)

In Arabic, the word shaytaan can refer to any arrogant or insolent creature and it is applied to this particular creature because of his insolence and rebellion towards God.  Satan (Shaytaan) is a jinn, a creature who can think, reason and has free will.  He is full of despair because he understands the full significance of being denied God’s mercy.  Satan has vowed not to inhabit the depths of Hell alone; his wish is to take as many human beings with him as he can.

“Satan said: “See this one whom You have honoured above me, if You keep me alive to the Day of Resurrection, I shall most certainly cause his descendants-all but a few-to obey me blindly (Quran17:62)

God warns us against the enmity of Satan throughout the Quran.  He is able to deceive, misguide and trick people with ease.  He is able to make sin look like a gateway to Paradise and unless each person is careful they can be easily mislead. God, Almighty, says:

“And whoever takes Satan as a protector or helper instead of God, has surely suffered a manifest loss.” (Quran4:119)

As discussed, the ultimate aim of Satan is to lead people away from Paradise, but he also has short term goals.  He tries to lead people into idolatry and polytheism.  He entices them to commit sins and acts of disobedience.  It is correct to say that every act of disobedience that is hated by God is loved by Satan, he loves immorality and sin.  He whispers into the ears of the believers, he disrupts the prayer and remembrance of God and fills our minds with unimportant matters.  Ibn ul Qayyim said, “One of his plots is that he always bewitches people’s minds until they are deceived, he makes attractive to the mind that which will harm it”.

If you spend wealth in charity you will become poor he says, migrating for the sake of God will lead to loneliness, he whispers.  Satan sows enmity between the people, instills doubt in people’s minds and causes rifts between husband and wife.  He has wide-ranging experience in the field of deception.  He has tricks and temptations, his words are smooth and enticing and he has troops of helpers both mankind and jinn.  Although, as we discussed in the last article, there are believers among the jinn, but the vast majority are mischief makers or evil doers.  They work willingly and happily with Satan to scare, trick and ultimately destroy the true believers in God.

In the next article we will discuss where the jinn congregate, how to recognise their signs and how to protect ourselves and our families from their mischief.

This is very informative masha'allah