Description: How a mother of five children discovered Islam at the age of 67.  Part 2: Interaction with her children. 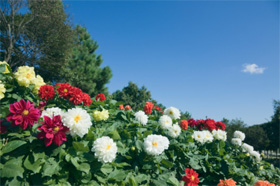 Each night before going to bed, I would read from the Bible.  When my children were visiting me, I would read them a passage regardless of whether my children understood or not.  After reading a passage, one night I would seek help from Jesus, the next night from the angels, the next night from the different saints, the next night from the Virgin Mary.  But one night we had no one else to ask, I had run out of Saints.  So I said ‘now we’re going to ask God’.  My son said ‘Okay, now who is God?’  I said ‘He’s the one who created you, who created me.  He is forever our neighbor’.  So he was pondering, he was thinking about those words.  To my explanation, I rubbed my cross again.  I said ‘now thank God’.  He looked at the cross and said ‘Mamma, who is this?’  I said ‘This is God.  He’s the son of God’.  He said ‘You just told me a minute ago that God is forever.  How come this one is dead?’  I never, never in my whole life realized that fact.  He asked me where does this god come from?  And I said, he came from the womb of Mary, of the Virgin Mary.  He said ‘Oh, so he was born sometime before’.  I said ‘well, yes’.  But then he said ‘But you told me that he’s forever.  He never dies and he’s never born.  My son, who was now about eight, asked me directly, “Mama, why don’t you just ask God for help?”  I was surprised and stunned and remember feeling a bit shocked that he would question my religion.  I told him that I also ask God.  Little did I know that this son of mine would grow up to be a constant thorn in my side, always reminding me about the need to worship the One, True God.  Thank God.

I ended up remarrying a few years later and relocated to Australia with my new husband.  My ex-husband, who had also remarried, moved his family to Saudi Arabia.  I longed to see my children but eventually it was in Italy where I started a new family and became the mother to three more daughters.  Still, every single night I would pray, “In the name of the Father, the Son, and the Holy Ghost.”  The years passed quickly and busily.  I was so excited one summer; my son and daughter would be coming to visit me.  So many things raced through my mind.  Would they be happy to see me after such a long absence? What would we talk about? I prayed for help.  All of my fears evaporated the first time I laid eyes on my children at the airport.  There was an instant bond between mother and children and it was if little time had elapsed.  My son was the more vocal of the two.  He made sure to remind me that they do not eat pork, nor could they eat foods that contained alcohol.  I told him that I remember that about his religion.  I also told him that I also do not eat pork, nor drank alcohol, a habit that remained from the time I was married to his father.  As for the wine, well, I would make sure to stop cooking with it while they were home with me.

We had a beautiful summer, getting to know each other, them getting to know their new sisters, picnicking, going on outings, swimming.  I did not want it to end.  But I knew that they had their life back in Saudi Arabia and they needed to get back.  I asked my daughter the dreaded question of how her step-mother treated her, and I honestly felt happiness when she said she was treated like a daughter.

My children visited me together two more times after that summer.  When my son turned 21, he came to live with me for 6 months.  We would argue religion—boy, would we argue religion! My son and I are somewhat similar in personality, but we do have our differences – and very obvious ones at that!  Whilst I’m very hot tempered in disputes, my son is a lot cooler, so he tends to maintain a sense of calm while I’m borderline crazy! Despite this clash, I believe it works in our favor in that we can find balance within our discussion.  We’re very much alike in that we are loving, generous and helpful people.  What I admire most about my son is his dedication to almost everything he does.  He is a sweet, gentle person, but has strong ethics and aims to achieve whatever he puts his mind to, which I respect a lot.  I admire his ability to keep a level head in the most stressful of situations.  He’s very logical and won’t dwell too long over a problem.  He just attempts to find solutions and neutralize situations as much as possible.  I continued to pray that my son would find it in his heart to convert to Catholicism.  I so badly wished that he would become a priest—I felt he would make a fine preacher.  He was a good boy, and God-fearing at that.  Good qualification for the Priesthood.  When I once told him that he would make a wonderful priest, my son smiled and replied that it would be more likely that his mother would become a Muslim rather than he become a Catholic priest.

After 6 months, though, my son expressed desire to leave for the United States.  He eventually settled in America and made a home in Miami, Florida.  Meanwhile, I became a widow with one teenager daughter left in the house.  My son really wanted for me to join him in America, so I left to the States with my 17-year-old daughter.  We very much liked it in America and my daughter quickly started to make a life for herself.  Nothing had changed for my son and me—we continued talking about Catholicism and Islam and neither one of us would ‘give up’.  Sometimes, when the subject of the Trinity came up and I could not find any answers to rebuttal what notions he brought up, I would just put up my hand and walk away.  I would get very angry for what I saw was his attacking my religion.

“Why can’t you be like everyone else,” I asked. “Other Muslims accept me and do not try to convert me.  “I’m not like everyone else,“ he answered.  “I love you.  I am your son and I want you to go to Paradise.” I told him that I am going to Paradise—I am a good, honest woman, who doesn’t lie, steal, or cheat. “My son answered, “These things are necessary and helpful in this worldly life, however in the Quran it is stated  many times that God does not forgive Shirk (Polytheism).  The Quran says that the ONLY sin that God will not forgive is associating partners with Him, but He forgives anything else to whom He wills.” He begged me to read and learn and discover Islam.  Books were brought so that I might open my mind.  I refused.  Born a Catholic, I will die a Catholic.

For the next 10 years, I remained living near my son, his wife, and family.  I desired, though, to also spend some time with my daughter, who was still living in Saudi Arabia.  It wasn’t easy to get a visa.  My son joked that if I just accepted Islam that would be the visa to enter Saudi Arabia; for I would then be able to get an Umrah visa.  I told him sternly that I wasn’t a Muslim.  After much hard work and a few connections, I was given a visitor‘s visa to visit my daughter, who was now the mother of three children.  Before leaving, my son held me in a bear hug, and told me how much he loved me, how badly he wanted Paradise for me.  He then went on to say how he had everything he had wanted in this life, except for a Mother who was a Muslim.  He told me that he prayed to God every single day that He, the Almighty, would change my heart to accept Islam.  I told him that that would never happen.