The Journey into the Hereafter (part 3 of 8): The Believer on Judgment Day

Description: How the believers will experience the Day of Reckoning, and some of the qualities of the faithful that will ease their passage to the gates of Paradise.

The Day of Judgment

"That Day, a man shall flee from his brother; from his mother and his father; from his wife and his children.  For on that Day, every man will have enough to make him indifferent to others." (Quran 80:34-37) 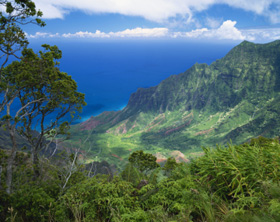 The Hour of Resurrection will be a terrifying, overwhelming event.  Yet, despite its trauma, the believer will be ecstatic, just as Prophet Muhammad, may the mercy and blessings of God be upon him, related from his Lord:

"Unquestionably, for the allies of God there will be no fear concerning them, nor will they grieve: those who believed and used to fear God (in this life); for them are good tidings in the worldly life and in the Hereafter.  No change is there in the words of God.  Indeed in that is the great success." (Quran 10:62-64)

When all humans ever created are gathered to stand naked and uncircumcised on a great plain under the ferocious scorching heat of the Sun, an elite group of pious men and women will be shaded under the Throne of God.  The Prophet Muhammad foretold just who these fortunate souls will be, on that Day when no other shade will avail:[3]

·       a just ruler who did not abuse his power, but established divinely revealed justice among people

·       those who hearts were attached to the Mosques, longing to return every time they left them

·       those who were tempted by seductively beautiful women, but their fear of God stopped them from sinning

·       the one who spent in charity sincerely for God’s sake, keeping their charity secret

Specific acts of worship will also keep people safe on that day, namely:

·       efforts in this world to relieve the woes of the distressed, to help the needy, and to overlook the mistakes of others will relieve people’s own distress on Judgment Day[4]

God will bring the believer close to Him, shelter him, cover him, and ask him about his sins.  After acknowledging his sins he will believe he is doomed, but God will say:

"I concealed it for you in the world, and I forgive it for you this Day."

He will be rebuked for his shortcomings,[12]  but will then be handed his record of good deeds in his right hand.[13]

"Then as for he who is given his record in his right hand, he will be judged with an easy account and return to his people in happiness." (Quran 84:7-8)

Happy to look at his record, he will announce his joy:

"So as for he who is given his record in his right hand, he will say, ‘Here, read my record!  Indeed, I was certain that I would be meeting my account.’  So he will be in a pleasant life – in an elevated Garden, its [fruit] to be picked hanging near.  [He will be told], ‘Eat and drink in satisfaction for what you put forth in the days past.’" (Quran 69:19-24)

The record of good deeds will then be weighed, literally, to determine whether it outweighs the person’s record of bad deeds, and so that reward or punishment be meted out accordingly.

"And We place the scales of justice for the Day of Resurrection, so no soul will be treated unjustly at all.  And if there is [any deed even] the weight of a mustard seed, We will bring it forth.  And sufficient are We to take account." (Quran 21:47)

"So whoever worked even an atom’s weight of good will see (the good fruits of his labor)." (Quran 99:7)

"The heaviest thing that will be placed in a person’s Balance on the Day of Resurrection [after the testimony of Faith] is good manners, and God hates the obscene, immoral person." (Al-Tirmidhi)

The believers will quench their thirst from a special reservoir dedicated to the Prophet Muhammad.  Whoever drinks from it shall never experience thirst again.  Its beauty, immenseness, and sweet, fine taste have been described in detail by the Prophet.

The believers in Islam – both the sinful amongst them and the pious – as well as the hypocrites will be left in the great plain after the unbelievers are driven to Hell.  A long bridge traversing the Hellfire and engulfed in darkness will separate them from Paradise.[14]  The faithful will take strength and comfort in their swift crossing over the roaring fires of Hell and in the ‘light’ that God will place in front of them, guiding them to their eternal home:

"On the Day you see the believing men and believing women, their light proceeding before them and on their right, [it will be said], ‘Your good tidings today are of gardens beneath which rivers flow, wherein you will abide eternally.’  Indeed in that is the great success." (Quran 57:12)

Finally, after crossing the bridge, the faithful will be purified before they are entered into Paradise.  All scores between believers will be settled so that no one man nurses a grudge against another.[15]

[1] In the sense that he does not fear God’s punishment and thus commits sins.

[13] Saheeh Al-Bukhari. A sign that they are from the inhabitants of Paradise, as opposed to those who will be given their record of deeds in their left hands or behind their backs.