Description: A glimpse of how the practice of fortune-telling differs from Islam. 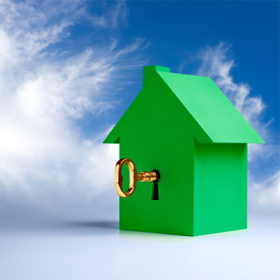 There are among mankind, people who claim knowledge of the unseen and the future.  They are known by various names, among them: fortune-teller, soothsayer, foreseer, augur, magician, prognosticator, oracle, astrologer, palmist, etc.  Fortune-tellers use various methods and mediums from which they claim to extract their information, among them: reading tea-leaves, drawing lines, writing numbers, palm-reading, casting horoscopes, crystal ball gazing, rattling bones, throwing sticks, etc.

Practitioners of occult arts, which claim to reveal the unseen and predict the future, can be divided into two main categories:

1.    Those who have no real knowledge or secrets but depend on telling their customers about general incidences which happen to most people.  They often go through a series of meaningless rituals, then make calculatedly general guesses.  Some of their guesses, due to their generality, usually come true.  Most people tend to remember the few predictions that come true and quickly forget the many which do not.  This tendency is a result of the fact that after some time all the predictions tend to become half-forgotten thoughts in the subconscious until something happens to trigger their recall.  For example, it has become a common practice in North America to publish, at the beginning of each year the various predictions of famous fortune-tellers.  When a survey was taken of the various predictions for the year 1980, it was found that the most accurate fortune-teller among them was only 24% accurate in her predictions!

2.    The second group are those who have made contact with the Jinn.  This group is of most importance because it usually involves the grave sin of Shirk[1], and those involved often tend to be highly accurate in their information and thus present a real Fitnah (temptations) for both Muslims and non-Muslims alike.

World of the Jinn

Some people have attempted to deny the reality of the Jinn about whom the Quran has devoted a whole chapter, Soorah al-Jinn (Chapter 72).  By relying on the literal meaning of the word Jinn which comes from the verb Janna, Yajunnu: “to cover, hide or conceal”, they claim that the word Jinn really refers to “clever foreigners”.  Others have even stated that a Jinn is a human who does not have a true mind in his head but he has a fiery nature.  But, the reality is that the Jinn represent another creation of God, which co-exists with man on the earth.  God created the Jinn before He created mankind, and He also used a different set of elements than those used for man.  God said:

“And We did certainly create man out of clay from an altered black mud. And the jinn We created before from scorching fire.” (Quran 15:26)

They were named Jinn because they are hidden from the eyes of mankind.  Iblees (Satan) was in the company of the Angels who were commanded by God to prostrate to Adam.  When he refused to prostrate and was asked why, he said:

Aisha reported that the Prophet, may the mercy and blessings of God be upon him, said, “The angels were created from light and the Jinn from smokeless fire.” (Saheeh Muslim)

“And when We told the angels to prostrate to Adam, they all prostrated except Iblees.  He was of the Jinn.” (Quran 18:50)

Therefore it is incorrect to consider him a fallen angel or the like.

The Jinn may first be divided into three broad categories in relation to their modes of existence.  The Prophet said:

“There are three types of Jinn: One type which flies in the air all the time, another type which exists as snakes and dogs, and an earthbound type which resides in one place or wanders about.” (At-Tabaree and al-Haakim)

The Jinn may be further divided into two categories in relationship to their faith: Muslims (believers) and Kaafirs (disbelievers).  God refers to the believing Jinn in Soorah al-Jinn as follows:

“Say:    It has been revealed to me that a group of Jinn listened and said, ‘Verily we have heard a marvelous Quran.  It guides unto righteousness so we have believed in it.  And, we will never make partners with our Lord.  He, may our Lord’s glory be exalted, has not taken a wife nor a son.  What the foolish ones among us used to say about God is a horrible lie.” (Quran 72:1-4)

“And there are among us Muslims and others who are unjust.  Whoever accepts Islam has sought out the right path.  As for those who are unjust, they will be fuel for the Hell fire.” (Quran 72:14)

The disbelievers among the Jinn are referred to by various names in both Arabic and English: Ifreet, Shaytaan, Qareen, demons, devils, spirits, ghosts, etc.  They try to misguide man in various ways.  Whoever listens to them and becomes a worker for them is referred to as human Shaytaan (devil).

“Likewise, we have made for every Prophet an enemy, Shaytaans from among mankind and the Jinn.” (Quran 6:112)

Every human has an individual Jinn accompanying him referred to as a Qareen (i.e. companion).  This is a part of man’s test in this life.  The Jinn encourage his lower desires and constantly try to divert him from righteousness.  The Prophet referred to this relationship as follows,

“Everyone of you has been assigned a companion from the Jinn.”  The Sahaabah asked, “Even you, O Messenger of God?” And the Prophet replied, “Even me, except that God has helped me against him and he has submitted.  Now he only tells me to do good.”(Saheeh Muslim)

Prophet Sulaymaan (Solomon) was given miraculous control over the Jinn, as a sign of his prophethood.  God said: “And, we gathered for Sulaymaan his army from the Jinn, mankind and the birds.” (Quran 27:17) and they were all kept in order and ranks.

But this power was not given to anyone else.  No one else is allowed to control the Jinn and no one can.  The Prophet said, “Verily an Ifr-eeit from among the Jinn spat on me last night trying to break my Salaah.  However God let me overpower him and I wanted to tie him to one of the columns in the masjid so that you all could see him in the morning.  Then, I remembered my brother Sulaymaan’s prayer: ‘Oh my Lord, forgive me and bestow on me a kingdom not allowed to anyone after me.’ (Quran 38:35)[2]

[1] This means to associate partners with God.

Next: Fortunetelling (part 2 of 3)