The Journey into the Hereafter (part 1 of 8): An Introduction

Description: An introduction to the concept of the existence of life after death both in Islam, and how it makes our life meaningful; with purpose. 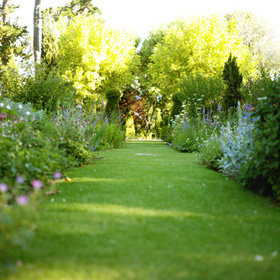 Muhammad, the Prophet of Islam who passed away in 632, related:

If there is only one thing certain about life, it is that it ends.  This truism instinctively raises a question which preoccupies most people at least once in their life: What lies beyond death?

At the physiological level, the journey that the deceased takes is plain for all to witness.  If left alone to natural causes,[2]  the heart will stop beating, the lungs will stop breathing, and the body’s cells will be starved of blood and oxygen.  The termination of blood flow to the outer extremities will soon turn them pale.  With the oxygen cut off, cells will respire anaerobically for a time, producing the lactic acid which causes rigor mortis – the stiffening of the corpse’s muscles.  Then, as the cells begin to decompose, the stiffness wanes, the tongue protrudes, the temperature drops, the skin discolors, the flesh rots, and the parasites have their feast - until all that is left is dried-out tooth and bone.

As for the journey of the soul after death, then this is not something that can be witnessed, nor can it be gauged through scientific enquiry.  Even in a living body, the conscious, or soul, of a person cannot be subjected to empirical experimentation.  It is simply beyond human control.  In this regard, the concept of a Hereafter - a life beyond death, resurrection, and a Day of Reckoning; not to mention the existence of a Divine, Omnipotent Creator, His angels, destiny, and so on - comes under the subject of belief in the unseen.  The only way in which man can come to know anything of the unseen world is through divine revelation.

"And with God are the keys of the unseen, none knows them but He.  And He knows whatever there is in (or on) the earth and in the sea; not a leaf falls, but He knows it.  There is not a grain in the darkness of the earth, nor anything fresh or dry, but is written in a Clear Record." (Quran 6:59)

While what has come down to us of the Torah, the Psalms, the Gospel - the scriptures revealed to early prophets - all speak of a Hereafter, it is only through God’s Final Revelation to humanity, the Holy Quran, as revealed to His Final Prophet, Muhammad, that we learn most about the afterlife.  And as the Quran is, and will forever remain, preserved and uncorrupted by human hands, the insight it gives us into the world of the unseen is, for the believer, as factual, real and true as anything that can be learnt through any scientific endeavor (and with a zero margin of error!).

"…We have neglected nothing in the Book; then unto their Lord they shall all be gathered." (Quran 6:38)

Coupled with the question of what happens after we die, is the question: Why are we here? For if there is indeed no greater purpose to life (that is, greater than simply living life itself), the question of what happens after death becomes academic, if not pointless.  It is only if one first accepts that our intelligent design, our creation, necessitates an intelligence and designer behind it, a Creator who will judge us for what we do, that life on earth carries any significant meaning.

"Then did you think that We created you in vain and that to Us you would not be returned?  Therefore exalted be God, the Sovereign, the Truth; no deity is there save Him, Lord of the Supreme Throne." (Quran 23:115-116)

If aught else, a discerning person would be forced to conclude that life on earth is full of injustice, cruelty and oppression; that the law of the jungle, survival of the fittest, is what is paramount; that if one cannot find happiness in this life, whether due to an absence of material comforts, physical love, or other joyous experiences, then life is simply not worth living.  In fact, it is precisely because a person despairs of this worldly life while having little, no, or imperfect faith in an afterlife, that they may commit suicide.  After all, what else do the unhappy, unloved and unwanted; the dejected, (desperately) depressed and despairing have to lose?![3]

"And who despairs of the Mercy of his Lord except those who are astray?" (Quran 15:56)

So can we accept that our death is limited to mere physiological termination, or that life is merely a product of blind, selfish evolution?  Surely, there is more to death, and so to life, than this.

[1] Formal prayers (salat) prayed voluntarily at night after the last (isha) and before the first (fajr) of the five daily prayers.  The best time to pray them is in the final third of the night.

[2] Although a heart can be kept artificially beating, and blood artificially pumping, if the brain is dead, so too is the being as a whole.

Next: The Journey into the Hereafter (part 2 of 8): The Believer in the Grave

islam is fascinating as a path of higher understanding

It's very informative and I rate it 5 out of 5