Description: The often misconceived belief of predestination, and the relationship between God’s eternal Knowledge and Ability to human deed and destiny. 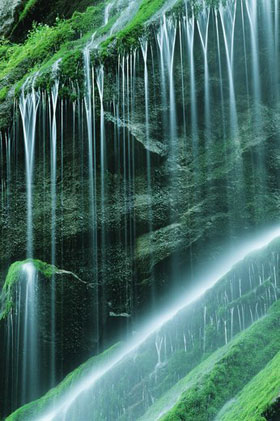 The sixth and last article of Islamic faith is belief in divine decree which means that everything good or bad, all moments of happiness or sorrow, pleasure or pain, come from God.

First, God’s foreknowledge is infallible.  God is not indifferent to this world or its people.  He is Wise and Loving, but this should not make us fatalists, throwing up our hands and saying, ‘what’s the point of making any effort?’  God’s foreknowledge does not compromise human responsibility.  God holds us accountable for what we can do, what is within our capability, but  He does not hold us accountable for things we cannot do.  He is Just and, as He has given us only limited responsibility, judges us accordingly.  We should think, plan and make the right choices, but, if sometimes things do not turn out the way we want, we need not lose hope or get depressed.  We should pray to God and try again.  If in the end we still do not achieve what we wanted, we should know we have tried our best and are not responsible for the results.

God knows what the creatures will do, encompassing everything by His knowledge.  He knows all that exists, in entirety and totality, by virtue of His eternal foreknowledge.

"Truly, nothing is hidden from God, in the earth or in the heavens." (Quran 3:5)

Whoever refuses this denies God’s perfection, because the opposite of knowledge is either ignorance or forgetfulness.  It would mean God would have been mistaken in his foreknowledge of future events; He would no longer be omniscient.  Both are deficiencies which God is free of.

Second, God has recorded everything that will occur until the Day of Judgment in the Preserved Tablet (al-Lauh al-Mahfuz in Arabic).  The life spans of all human beings are written and the amount of their sustenance apportioned.  Everything that is created or occurs in the universe is according to what is recorded there.  God has said:

Third, whatever God wills to happen happens, and whatever God does not will does not happen.  Nothing occurs in the heavens or on earth without the Will of God.

Fourth, God is the Creator of everything.

"…He has created everything, and has ordained for it a measure." (Quran 25:2)

In Islamic doctrine every human act both in material and spiritual life is predestined, yet it is incorrect to believe the action of fate is blind, arbitrary, and relentless. Without denying divine interference in human affairs, human liberty is kept intact.  It does not discount the principle of man’s moral freedom and responsibility.  All is known, but freedom is also granted.

Man is not a helpless creature borne along by destiny. Rather, each person is responsible for his acts.  Lethargic nations and individuals indolent to ordinary affairs of life are to blame themselves, not God.  Man is bound to obey the moral law; and he will receive merited punishment or reward as he violates or observes that law.  However, if such is so, man must have within his power the ability to break or keep the law.  God would not hold us responsible for something unless we were capable of doing it:

"God does not burden any human being with more than he is well able to bear." (Quran 2:286)

Belief in divine decree strengthens one’s belief in God.  A person realizes that God alone controls everything, so he trusts and relies on Him.  Even though a person tries his best, at the same time he relies on God for the final outcome.  His hard work or intelligence does not make him arrogant, for God is the source of all that comes his way.  Finally, a person attains peace of mind in the realization that God is the Wise and His Actions are dictated by wisdom.  Things don’t happen without a purpose.  If something reached him, he realizes it could never have escaped him.  If something misses him, he realizes it was never meant to be.  A man achieves an inner peace, inwardly at rest with this realization.

Thank you for an eye-opening definition!

Assalamo alaikum your articles are very interesting and helpful may Allah bless you.