Description: Three more stories from the prophetic narrations demonstrating the character trait of modesty and the sense of shame that underlies and accompanies it, producing virtuous propriety in one’s deeds.

Muhammad and the Rebuilding of the Kaaba 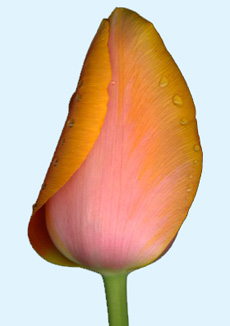 The modesty of the Prophet Muhammad, may the mercy and blessings of God be upon him, was the most prominent trait of his personality.  Even from an early age, his sense of shame in an open society of the Arabs prior to Islam was remarkable.  In one instance, after the treasures had been stolen from inside,  the people were rebuilding the  the Kaaba with a roof in order to prevent thieves from entering it again. Muhammad, while, still a young man, took part.  He went with his uncle, al-Abbas, to carry blocks of stone.  His uncle told him to put his sarong[1] around his neck to protect himself from the sharp edges of the heavy rocks.

As he moved to comply with this sensible advice, he was overcome with dizziness, and he collapsed in a dead faint.  His eyes gazed fixedly skywards as he lay on his back on the ground, his sarong loosened but still covering his privates.  A few moments later, he came round, yelling, “My clothing - my clothing!”

Hastily, he wrapped his sarong securely around himself again.  Never again in his life would anyone outside the family ever even catch a glimpse of his loins.

The story above was told by one of the Prophet’s companions, Jabir ibn Abdullah, and shows Mohammad’s strong sense of shame and propriety about his body was ingrained, even before prophethood.  He was known to be more modest than a cloistered virgin both before and after receiving revelation from God.

Moses and the Mockers

Another story about Moses, may the mercy and blessings of God be upon him, demonstrates that he was as equally bashful and shy about his own body as young Muhammad.  He never appeared in front of anyone without fully covering himself, which led some of his people (the Children of Israel) to disparage him hurtfully.  They said, “He covers his body in this way only because of some defect in his skin, either leprosy or scrotal hernia, or he has some other defect.”

God wished to clear Moses of what they said about him.  One day, when Moses had  taken off his clothes and put them on a stone while in seclusion, he started taking a bath.  When he had finished the bath, he moved towards his clothes in order to take them and put them on again, but the stone took off with his clothes and fled.  Despite his nakedness, Moses picked up his stick and ran after the stone saying, “O stone!  Give me my clothes!”

But the stone continued to flee until it reached a group of Israelites, where it stopped.  That is how they were able to see him naked, finding in his form the best of what God had created.

Thus God cleared him of what they had accused him of.  Moses, however, was rather upset.  He took his clothes and hastily put them on, and then started hitting the stone with his stick.  The Prophet of Islam, the one who narrated the story, swore that the stone still had some traces of the hitting, even today; three, four or five marks.  That was what God refers to in His Saying:

“O you who believe!  Be not like those who annoyed Moses, but God proved his innocence about that which they alleged.  And he was honorable in God’s Sight.” (Quran 33:69)

This story shows how shy Moses was about letting his body be seen in public.  In fact, only his anger at being deprived of the barrier between his body and the world led him to allow the whole of his body to be seen, the exposure of which was by God’s Will in order to clear him of the slander applied by his detractors.  Of course, he could not hold that exposure against God, so he took it out on the rock – the means by which his exposure was engineered, and hence his innocence was established from what his slanderers alleged.

Muhammad and the Garden Well

What is respectable to view between people of course varies.  How much of a woman’s body can be exposed to a husband is different from what she can expose to her brother, which in turn differs from what can be seen by a complete stranger, and vice-versa.  This is true concerning what is permissible to see between people of the same sex, too.  What a father, brother or son can respectably view of each other is different from what a man outside the family circle is permitted to see, as what a mother, daughter or sister can of each other in contrast to a strange woman.

Once, when the Prophet went into a garden, he asked his companion, Abu Musa al-Asharee, to guard its gate.  In the garden was a well, and he sat upon its wall dangling his legs inside it.  After a while, Abu Bakr came by, wanting to enter the garden.  Abu Musa went to tell the Prophet that his father-in-law wanted to share the garden with him, so the Prophet said, “Tell him the good news that the gardens of Paradise await him, and let him in.”

So Abu Bakr, Aisha’s father, went into the garden and sat beside the prophet, whose sarong was pulled up to just above his knees, and dangled his legs in the well with him.  A little later, Umar al-Khattab turned up.  He wanted to relax in the garden, too.  Again Abu Musa sought the Prophet’s permission for him, informing him of another of his father-in-law’s presence at the gate.  He said, “Tell him the good news that the gardens of Paradise await him, and let him in.”

Umar, Hafsa’s father, took the free place beside the Prophet, and dangled his legs in the water next to him.

Both of these men had had the sensitivity to sit next to the prophet, and thus the prophet was able to preserve propriety without having to pull his lower garment over his knees.

Some time after that, his son-in-law, Uthman al-Affan, whom his daughter Ruqayyah had married, also sought entrance to the garden.  When Abu Musa transmitted the Prophet’s message by saying, ‘The gardens of Paradise await you after some trials,’ and let him in, Uthman observed that the only free spaces on the wall were on one of the three walls that the Prophet and his fathers-in-law were not occupying, which meant he might see more of the Prophet’s legs than they.  As he hesitated, the Prophet pulled his sarong down over his knees, so Uthman took the place opposite him.[2]

Islam teaches that there are some parts of the body that should not be revealed in public, and the closer these parts are to one’s privates, the more they are prohibited to reveal.  Although all three men who sat with him had close family ties with him, which is why he let his knees be seen, when the Prophet’s thighs were threatened by exposure, he took steps to hide them.

[1] A cotton cloth wrapped around the waist, covering lower body to the calves/shins.  Worn by men in Indonesia, Malaysia and Thailand these days, and used by Arab men before (but called izar).

Previous: Modesty (part 2 of 3): Stories on Modesty I