The Rights of Non-Muslims in Islam (part 11 of 13): Good Treatment

Description: Receiving good treatment is the right of a non-Muslim under Islam, not just a matter of courtesy. 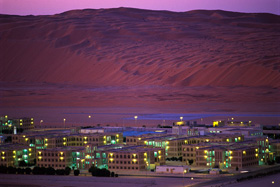 The Quran instructs Muslims to treat non-Muslims courteously in a spirit of kindness and generosity, given they are not hostile towards Muslims.  God says:

"God does not forbid you from those who do not fight you because of religion and do not expel you from your homes – from dealing kindly and justly with them.  Indeed, God loves those who act justly.  God only forbids you from those who fight you because of religion and expel you from your homes and aid in your expulsion – (forbids) that you make allies of them.  And whoever makes allies of them, then it is those who are the wrongdoers." (Quran 60:8-9)

Al-Qarafi, a classical Muslim scholar, describes the depth of the meaning of "dealing kindly" referred to in the above verse.  He explains the term:

‘…gentleness towards the weak, providing clothing to cover them, and soft speech.  This must be done with affection and mercy, not by intimidation or degradation.  Furthermore, tolerating the fact that they may be bothersome neighbors whom you could force to move, but you do not out of kindness towards them, not out of fear or financial reasons.  Also, praying they receive guidance and [thus] join the ranks of the blessed with external reward, advising them in all wordily and spiritual matters, protecting their reputation if they are exposed to slander, and defending their property, families, rights, and concerns.  Assisting them against oppression and getting them their rights.’[1]

Divine commandments to treat non-Muslims in this manner were taken seriously by Muslims.  They were not just verses to be recited, but Divine Will to be acted upon.  The Prophet, may the mercy and blessings of God be upon him, himself was the first person to put the divine commands into practice, followed by his caliphs and the general population of believers.  The life-story of the Prophet of Islam gives many instances of his kind, tolerant co-existence with non-Muslims.  Some of his neighbors were non-Muslims and the Prophet would be generous towards them and exchange gifts.  The Prophet of Islam would visit them when they fell sick and do business with them.  There was a Jewish family he regularly gave charity to and the Muslims after his death maintained his charity towards them.[2]

When a Christian delegation from Ethiopian churches came to Medina, the Prophet opened up his mosque for them to stay in, hosted them generously, and personally served them meals.  He said:

…referring to the event when they provided asylum to a number of his companions after they fled persecution in Arabia and took asylum in Abyssinia.[3]  In another instance, a Jewish man named Zayd ibn Sana came to the Prophet of Islam to reclaim a debt.  He grabbed the Prophet by his robe and cloak, pulled the Prophet close to his face, and said, ‘Muhammad, are you not going to give me my due?  You and your clan Banu Muttalib never pay debts on time!’  Umar, one of the companions of the Prophet, got agitated and said, ‘Enemy of God, am I really hearing what you just said to God’s Prophet.  I swear by the One who sent him with truth, if I were not afraid that he would blame me, I would have taken my sword and cut your head off!’  The Prophet looked calmly at Umar and censured him gently:

"Umar, that is not what we needed to hear from you.  You should have counseled me to pay my debts in time and asked him to seek repayment in a respectful manner.  Now take him, repay him his debt from my money and give him an extra twenty measures of date."

The Jewish man was so pleasantly surprised by the Prophet’s behavior that he immediately declared his acceptance of Islam![4]

The companions of Prophet Muhammad followed his example in how they treated non-Muslims.  Umar set-up a permanent stipend for the Jewish family the Prophet used to take care of in his lifetime.[5]  He found justification for allotting funds for the People of the Scripture in the following verse of the Quran:

"Alms are only for the poor and for the needy and for those employed to collect (the funds) and for bringing hearts together, and for freeing captives (or slaves) and for those in debt and for the cause of God, and for the (stranded) traveler – an obligation (imposed) by God.  And God is Knowing and Wise." (Quran 9:60)

"The angel Gabriel was so adamant in reminding me to be charitable with my neighbor that I thought he might make him my heir."[6]

Turning to the pages of history, we find a marvelous example of how a Muslim ruler expected his governors to treat the Jewish populace.  The Sultan of Morocco, Muhammad ibn Abdullah, issued an edict on February 5th, 1864 CE:

‘To our civil servants and agents who perform their duties as authorized representatives in our territories, we issue the following edict:

‘They must deal with the Jewish residents of our territories according to the absolute standard of justice established by God.  The Jews must be dealt with by the law on an equal basis with others so that none suffers the least injustice, oppression, or abuse.  Nobody from their own community or outside shall be permitted to commit any offense against them or their property.  Their artisans and craftsmen may not be scripted into service against their will, and must be paid full wages for serving the state.  Any oppression will cause the oppressor to be in darkness on Judgment Day and we will not approve of any such wrongdoing.  Everyone is equal in the sight of our law, and we will punish anyone who wrongs or commits aggression against the Jews with divine aid.  This order which we have stated here is the same law that has always been known, established, and stated.  We have issued this edict simply to affirm and warn anyone who may wish to wrong them, so the Jews may have a greater sense of security and those intending harm may be deterred by greater sense of fear.’[7]

Renault is one of the unbiased Western historians who has acknowledged the kind and fair treatment of Muslims towards the non-Muslim minorities.  He comments: