Description: Over a period of two and a half years, this university student grew to take Islam very seriously.   Part 4. 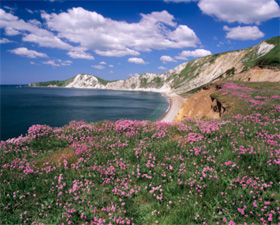 Heide herself was still a quite new Muslim.  Nevertheless she did already know her way around the Islamic community in our City.  She used to do everything with full heart and power.  She was already being considered as a teacher for an Islamic school.  On our way to the meeting she told me, what I had to expect:

“The group consists of about 30 women of German and Turkish origin.  They meet once a week in the facilities of a Turkish Islamic organization.  The group leader, Maryam, is a German Muslimah of about 50 years of age.  She has lived some years with her husband in Turkey, where they both participated in a lot of Islamic activities.  Maryam, who by now is widowed, does engage in Islamic activities in Germany as well.  She holds speeches on Islamic subjects and has founded this women’s group.  During the meeting Maryam will held a lesson on Islam, and then those women, who feel like it, stay a little longer to chat.  We bring tea and cake along.”

This week the cake was Heide’s turn.  It took its time in the oven and Heide had been a little late.  So she was speeding up.  “Maryam isn’t all too happy with people coming late.” Unfortunately we didn’t find any free parking space close to the building.  So Heide just drove into the yard.  We were lucky.  One of the parking cars was just about to leave and a friendly man with Turkish appearance gave us signals to help her get the car into that free space.

The crowd was fascinating for me.  “All are going to the meeting?”  Heide laughed: “That would be nice.”  Of course not everyone was going to the meeting.  Heide explained to me, that every weekend the place was that crowded, as the Turkish organization held its own activities.

The German language meeting was held in a separate part of the building.  When we entered the hall, we were already greeted tumultuous: “Hi, Khadija!”  “How are you today?”  “Oh, did you bring one of your delicious cakes?”  “The others are in the kitchen!”  “Maryam is about to start the lesson!” Women with covered hair and long dresses passed us.  And again and again I heard the Islamic greeting: “As-Salaamu Alaykum!” - “May God protect you and give you security!”

I was included in the friendly welcome and kissed on both cheeks.  Guests were welcome!  The women thought it was great that someone dared to enter the “lion’s den” to see for herself, what the Muslims are like.  This meeting appeared to be not only for German speaking Muslim women, but also a contact group for women interested in Islam.  So I seemed to be at the right place.

We really were late.  The lesson started right away.  Heide-Khadija placed the cake in the kitchen, and then we entered the lecture room.  The long room was covered with gray fitted carpet.  There wasn’t any furniture but a little bookshelf at the wall.  The women were sitting in a circle on the floor.  They had left their shoes outside, as it is customary in mosques and Muslim homes.

Maryam, the group leader, had placed several books in front of her.  She was a corpulent lady with bright blue eyes that glanced friendly from under the simple white scarf.  This day she talked about the continuity of history as documented in Qur’an.  About the different prophets, that all brought the same message over and over.  The lesson didn’t contain too much news for me.  Islam recognizes most prophets of the Old and New Testament.  Some of the details of the stories differ, but the basis thought is always the same.  God sends prophets to remind the people of his message.

More interesting to me than the lesson were the listeners, that more or less concentrated followed the lecture.  “Isn’t it surprising, that the message of God again and again was forgotten?”  For some of the women the information seemed to be new.  What surprised me? “In Qur’an there is a chapter that puts the stories of the prophets into an overall context.  Who knows what chapter I am talking about?”  There were women of every age, many of German origin, some Turkish girls, obviously still at school that whispered in each other’s ears and kept leaving and reentering the room and this distracted Maryam so she said: “If you don’t want to listen, just stay outside!” All women were covered.  They were wearing scarves in all colors and shades, simply tied or elaborately wrapped, or decorated with lace.  Some had pulled the scarf down on the forehead.  Others were showing their hair.  “Always when the people had problems, they turned to God, and later they figured, they wouldn’t need Him anymore.”  Some women had brought small children.  One discovered the light switch as a fun game and didn’t want to play with anything else.  “Please, could someone take the child away from that light switch?”  Finally the mother took the loudly protesting child into the kitchen, where he discovered the cake, which kept him busy at least a quarter hour.  But when there came some phone calls for several of the women and a Turkish girl wanted to know how many cups tea and coffee she should prepare and how long it would take till we’d finish, Maryam had had enough.  “We’ll go on from here next week, and now we’ll have tea.” So finally I got a chance to talk to the women.  They right away took me in.  “After all, we are all sisters.”  “Do you drink coffee or tea?”  “Have some cake!”  “So, how did you like it?” Soon we were in the middle of a lively conversation.  Of course everybody wanted to know, who I was, and what brought me here to a Muslim meeting.  Maryam talked about how long it had taken her faith to grow.  “But I never have regretted my decision for Islam.”  Heide-Khadija on the other hand hadn’t known so much about Islam when she became Muslim.  But: “Till today I have been only positively surprised.” What had attracted her was the “healthy Islamic way of life”; abstinence of all kinds of drugs.  Prayer and fasting as exercise for body, mind and soul.  Hygienic commands.  All this made sense to her as a teacher for biology and sport.

Maryam confirmed, that the regular prayers had done her back a lot of good.  And then she talked about her time in Turkey and tried to explain to me Turkish history.  A subject I still don’t know much about.  At that time I was hopelessly lost.  On this day I got to know quite a few women.  And all told me their personal stories about how they came to Islam.

Hamida after her divorce had become friends with a Turkish couple and on that way got to know and love Islam.  Her 15-year-old daughter Nina had kept her Christian religion, though not really practicing.  She had accompanied her mother to the meeting.

Fatima-Elizabeth, in her mid twenties, studying to become a teacher, had some years ago worked on a vacation job.  She had worked in a factory side by side with a German Muslima.  Fatima-Elizabeth’s family was Catholic, both parents religious instructors.  They were quite shocked when they learned that her daughter embraced Islam.  The shock had faded away during the last years and with goodwill on both sides the living together worked out fine.

Fatima-Elizabeth’s friend Sabine, a nurse, who came to Islam through her husband, wasn’t that lucky.  Her father rebuked her from the house because of her headscarf.  There were mothers, housekeepers, students, a secretary, and a dental laboratory assistant.  The women were single, married, divorced.  Husbands if existent, came from Turkey, Lebanon, Yemen, Morocco and other countries.  Some women had taken an Islamic name, others hadn’t.  Actually the women had only one thing in common.  And that was their religion, Islam.  But that seemed to fulfill them, yes, to be the guiding line in their lives.  “Islam is the frame, in which we live.”

That day I learned two things.  For one I discovered, that the frame Islam sets isn’t so narrow as I had expected.  There is no standardized Muslim.  A Muslim is just a person, who took a decision for God.  These women had embraced Islam.  But they had stayed themselves.

And secondly I realized for the first time, that you never finish learning.  Now I had met all these women that were so faithful, though they didn’t know “everything” there is to know.  Knowledge isn’t all.  The important thing is to have firm belief.

“It was We Who created man, and We know what suggestions his soul makes to him: for we are nearer to him than (his) jugular vein.” (Quran 50:16)

Some weeks later I took my personal decision for God and Islam.  After 2-½ year of learning I embraced Islam.  What finally led me to this step was the thought: “If I die right now and stand before God, how can I explain to Him, why I haven’t become Muslim?” When I couldn’t come up with a reasonable answer anymore, I decided on the only logical thing to do and testified: “There is no God worthy of worship but Allah, and Muhammad is His prophet.”