Description: Over a period of two and a half years, this university student grew to take Islam very seriously.  Part 3. 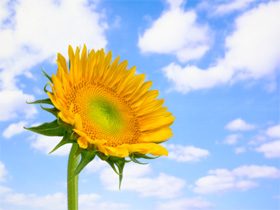 The church?  There isn’t any.  No organization, no hierarchy, no sacraments.  Every Muslim can preach.  Or contract a marriage.  Or pray the death prayer for a deceased.

Interpretation of Scriptures?  As far as central sentences of belief are concerned, Muslims are united.  God is God and the prophets were human.  Quran is the word of God, as well as the books revealed to other prophets.  Angels are a reality and the resurrection is a reality.  Islamic scholars are - in contrast to their Christian scholars- more concerned with the practical appliancation of religious principles.  They announce religious opinions on the basis of Quran and Sunnah, which is the example of the Prophet Muhammad, may the mercy and blessings of God be upon him.  Such an expert opinion is called “fatwa”.  No scholar has in any form any God given authority. A fatwa always does reflect the personal opinion of the scholar that is based on textual evidences.  You can take it or leave it.

About 1 billion people all over the world testify this belief.  And up to today Islam hasn’t lost its attraction.  The Arabic word “Islam” has the same letter root as the word “Salaam”, peace.  So the meaning of the word Islam implies also to find peace, peace with God, the world and oneself.

I learned and understood.  But still I wouldn’t accept the truth. I guess I was just too lazy to become Muslim.  It looked much too hard for me.  Islam is something that enters into every walk of life.  Christianity on the other hand tends to be a little bit ignorant of reality these days.  Well-measured piety, which is worn for the church service like the Sunday dress is then stored in the closet for the rest of the week.

Nevertheless I began to try Islam out.  I joined my Muslim neighbors in the fasting of the month of Ramadan.  That means I didn’t eat or drink between dawn and sunset.  And every evening we met to break the fast together.  Sometimes we even cooked together.  An Egyptian student by the name Mohamed turned out to be an excellent cook. Mohamed took me aside some time in the middle of the month and encouraged me to ask , so I asked many questions and to each question he gave a superb answer. In those Ramadan nights I also got the opportunity to watch the prayers.  And I tried to imitate what I saw in the privacy of my home. I bowed and prostrated.  As I didn’t know the words that are said, I improvised by saing “Our heavenly father…”  I also began to reduce my consumption of alcohol and pork.  And once I even went for a walk in the city wearing a scarf over my hair, just to try it out.  Finally I learned why the Palestinians in the student homes put a bottle of water in the bathroom.  For Muslims it is normal to wash after using the toilet.  In Germany there are usually no hand showers or the like installed in the bathrooms as there are in Muslim countries.  So a bottle of water had to do.

Many Muslims around me were wondering why I was interested in Islam and the reality was that many of them weren’t too concerned with the Islamic regulations themselves.  Again and again I heard: “Of course I am Muslim.  If I would be living in my country, I would live according to Quran.  But here in Europe everything is different.  I am still young.  I will have time enough to be pious sometime in the future.”

On the other hand there were also few people that were trying hard to live their faith properly.  One of my neighbors in the student homes belongs to this category.  Mohamed, the excellent cook during Ramadhan,had a Bachelors degree in Biophysics from Egypt and had come to Germany to do his doctorate degree.  When I got to know him he had been in Germany for 6 months only and was still attending German language classes at university.

His religion, Islam, meant everything to him.  He had already acquired a broad knowledge on Islamic matters.  Among the Arabs in the student homes he was referred to as “Sheikh”.A nickname, that didn’t seem to be fitting for a 24 year old, sportive young man with curly black hair.  Mohamed himself didn’t like the name.  Once he told me, the responsibility of it was too big for him.

Actually everybody, who needed advice or help, came to the “Sheikh”.  If a student needed a room, or if someone needed to go to hospital or just wanted to sell his used books they would all come to Mohamed.

In the beginning our acquaintance developed kind of slowly, as Mohamed tried hard to stand up to his image as a practicing Muslim.  He stayed away from any possible temptation.  And for a Muslim, women definitely belong in that category.  But soon his religious responsibility took over.  Is it possible to send someone away who is interested in Islam?

To me he was indeed an interesting person to talk to.  Rarely had I met someone as open minded as him.  We spent our time discussing Islam and the world; of course only at “neutral” places..We learned a lot from each other in that time and Mohamed became one of my most reliable friends.

In the meanwhile I had completely lost my interest in my economics studies.  Due to my poor efforts the last exams hadn’t turned out all too well and so I decided to study Oriental Studies.  I figured a good grade in this subject would be more useful than a bad one in economics.  My studies were going a lot smoother.  Some credits from my economic studies could be transferred for my new minor sociology.  And the new classes were so interesting to me.  They offered a whole lot of new subjects for discussions with Mohamed.

During this time I finally began to support the Muslims.  At university I was more and more annoyed by the ironical way in which Muslims were treated by non-Muslim Stuff.  Still I couldn’t even imagine becoming Muslim myself.  What is good for Arab women isn’t necessarily good for German women.  I thought to myself, how can a German women live as a Muslimah?  I did hear of such women, but had never met anyone personally.  At least that is what I thought.  Till shortly before spring break I found out by chance, that one of the students in my Arabic class was a German Muslimah.

It was still winter and cold outside.  Every time this woman left the classroom, she pulled her long woolen scarf up over her head.  One day I asked her, if that had any other reasons but the cold and she replied affirmatively.

Heide was a teacher, married to a Muslim from the Lebanon.  When she became Muslim, she took the Islamic name Khadija.  She participated at the Arabic class to collect credits for a graduate course in teaching foreigners.

From her I learned that in our city there was an organization for German speaking Muslim women.  I accepted her invitation to accompany her to one of the group meetings.  And from there on everything began to change at high pace.

We agreed on a day to go and Heide offered to give me a ride.  So we met in the city.  This time Heide was wearing a “real” headscarf that she had wrapped quite elegantly around her head. I had brought a scarf with me as well. I was getting a little nervous.  How would I be welcomed as a Non Muslim?  What kind of women was I about to meet? Heide comforted me and said that guests were always welcome and there really wasn’t any need for me to wear a scarf.