The Family in Islam (part 1 of 3): The Appeal of Islamic Family Life

Description: People of various walks of life speak on their view of family life in Islam. 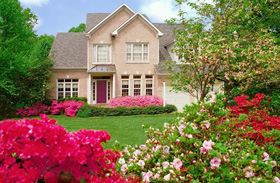 In Islam, considering the well-being of the “other” instead of just the “self” is a virtue so rooted in the religion that it is evident even to those outside it.  The British humanitarian and civil rights lawyer, Clive Stafford-Smith, a non-Muslim, stated: “What I like about Islam is its focus on the group, which is opposite to the West’s focus on individuality.”[1]

Individuals comprising any society are tied together by related group bonds.  The strongest of all societal bonds is that of the family.  And while it can be justifiably argued that the basic family unit is the foundation of any given human society, this holds particularly true for Muslims.  As a matter of fact, the great status that Islam affords to the family system is the very thing that so often attracts many new converts to Islam, particularly women.

“With laws for almost every aspect of life, Islam represents a faith-based order that women may see as crucial to creating healthy families and communities, and correcting the damage done by the popular secular humanism of the past thirty or so years, several experts said.  In addition, women from broken homes may be especially attracted to the religion because of the value it places on family, said Marcia Hermansen, a professor of Islamic studies at Loyola University in Chicago and an American who also converted to Islam.”[2]

Nowhere is this trend of a people who value traditional family values as they embrace Islam more prevalent than in North America’s Latino or Hispanic community.  As one of Florida’s Muslims observed:  “I have seen an increasing rate in Hispanics converting to Islam.  I think the Hispanic culture itself is very rich in terms of family values, and that is something that is very prominent in the religion of Islam.”

So, what are the particular values or traits of Islamic family life that so many are finding so appealing?

At a Columbia University Islamic event, Hernan Guadalupe, an Ecuadorian-American: “spoke of the cultural similarities and family values inherent to Hispanics and Muslims.  Typically, Hispanic households are tight knit and devout, and children are reared in a strict environment - traits that mirror Muslim households.”[3]

And in another recent newspaper report, it was also observed how: “Family values play an integral role in the formation of a Muslim community.  Because of those family values, there are a lot of other norms that are consistent within the Hispanic community and Islam; for instance, respect for elders, married life and rearing children, these are some of the traditions Hispanics have in common with Islam.”[4]

Some ordinary American converts also have had a say about real life experience, and some of these are collected in a book by the mother of such a convert; Daughters of Another Path by Carol L. Anway.  One woman, quoted in the book[5],  spoke about her change in attitude towards marriage and family life after converting to Islam.  “I became cleaner and quieter the further I went into the religion.  I became highly disciplined.  I had not intended to marry before I was a Muslim, yet I quickly became a wife and then a mother.  Islam has provided a framework that has allowed me to express belief, such as modesty, kindness and love, that I already had.  It has also led me to happiness through marriage and the birth of two children.  Before Islam I had had no desire to have my own family since I hated (the thought of having) kids.”

Another woman speaks of her acceptance into the extended family in the same book.  “We were met at the airport by a lot of his family, and it was a very touching moment, one I will never forget.  Mama (her mother-in-law) is like an angel… I have spent a lot of time in with tears, because of what I see here.  The family system is quite unique with closeness that is beyond words.”[6]

In Appendix C of the book, a 35 year old American convert, at that time 14 years a Muslim, wrote about the family of her husband and their values relative to her own American values.  “I have met all the members of my husband’s immediate family and some members of his immense extended family… I have learned a great deal from my in-laws.  They have a wonderful way of relating to their children, a way that engenders respect for others and great amounts of self esteem.  It is interesting to see how a child-orientated and religious orientated culture operates.  My in-laws, by virtue of being a contrast to American culture, have given me a great appreciation for certain elements of my American cultural identity… I have seen that Islam is truly correct in saying that moderation is the right path.”[7]

From these quotations, one from a non-Muslim intellectual, others from converts and reporters, and some from quite ordinary American women who embraced Islam, we can see that family values in Islam are one of its major attractions.  These values stem from God and His guidance, through the Quran and the example and teaching of His Messenger, Muhammad, may the mercy and blessings of God be upon him, who indicates the family unit as being one of the mainstays of religion and Islamic the way of life.  The importance of forming a family is underscored by a saying of the holy Prophet himself, who said:

“When a man marries, he has fulfilled half of his religion, so let him fear God regarding the remaining half.”[8] (al-Baihaqi)

The two articles that follow will discuss the family in Islam in the light of the Quran and Prophetic teachings.  Through briefly exploring Islam’s take on the themes of married life, respect for parents and elders, and the rearing of children, we can begin to appreciate the benefits of the family in Islam.

[8] A narration from the Prophet, by Anas b. Malik, his personal servant; collected in and commented on by Imam al-Baihaqi in Shu’ab al-Iman (Branches of Faith).

With so much conflict in the world and always wondering who are muslims(Islam) and what are they about, i just had to read up on it to fully understand and yeah i am quite impressed that this religion have alot of good values especially for what they believe in with Family life.

thank You Ahmad ..peace and blessings be upon You from Allah. Thank You . It made sense now.